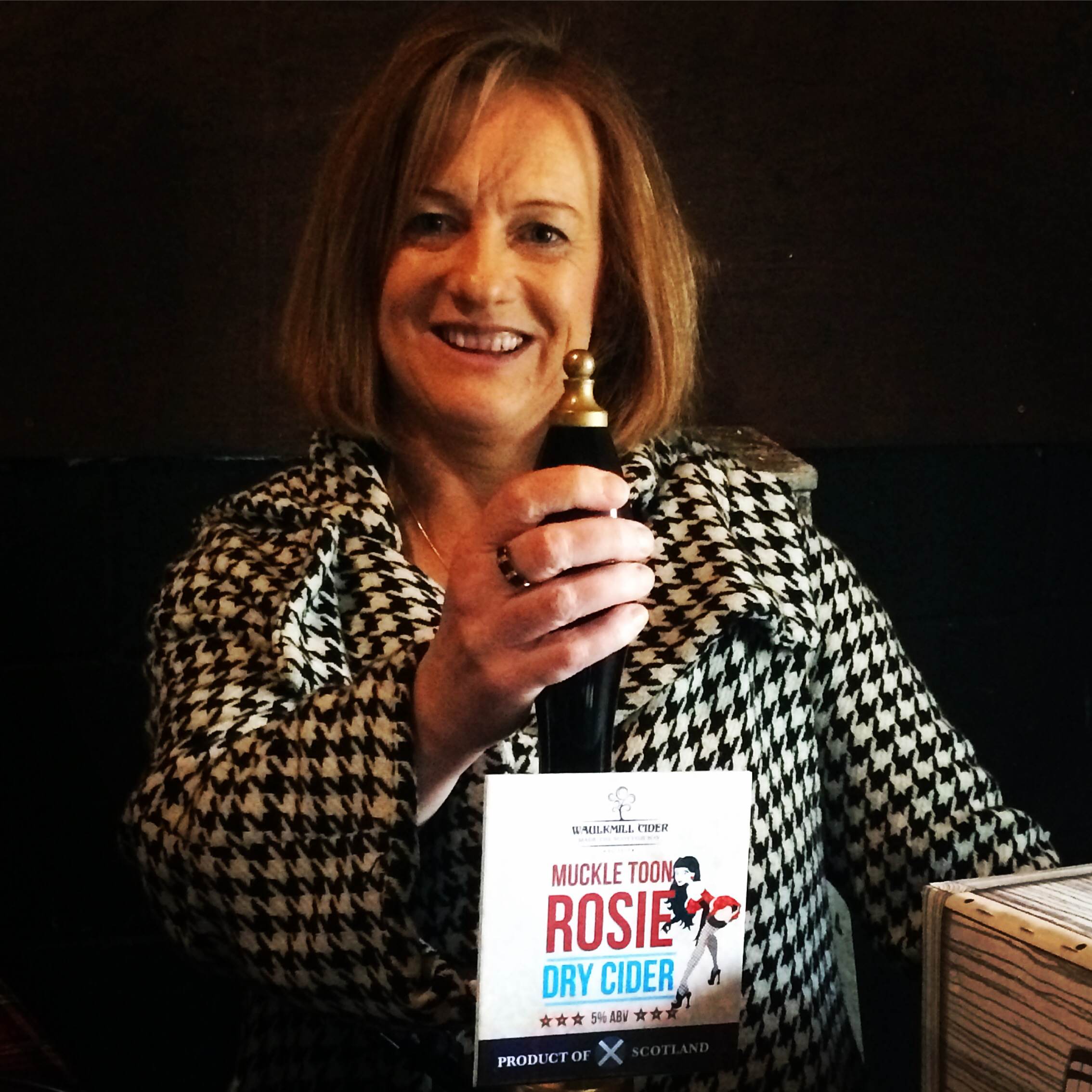 Joan on a visit to Waulkmill Cider Ltd, Langholm.

The UK Government has failed to support a local craft cider producer, an MSP has said.

Joan McAlpine, the South of Scotland MSP has written to newly appointed Trade Minister Francis Maude MP following a visit to Waulkmill Cider in Langholm.  Small cider makers like Waulkmill, run by local businessman Chris Harrison, are under serious threat from European Union moves to abolish a tax exemption that has been in place since 1976.

So far the UK Government have failed to respond to the EU Memo, which was published in February.

The SNP MSP also hit out at local MP David Mundell over his lack of action.

“It is completely unacceptable for small businesses to be targeted this way and it is deeply disappointing that the UK government has not made this matter a priority, ignoring a high profile CAMRA petition and allowing matters to drift since the EU Memo was published three months ago.

“Mr Harrison has worked incredibly hard to make a success of his business since opening in 2010.  The place of Waulkmill is particularly precious, given the company’s position as Scotland’s only craft cider maker.

“The £2,700 yearly levy threatens to drive Waulkmill out of business which will have an adverse impact on a local economy already hit by the closure of all five of the mills over recent years.”

“It is incredibly disappointing that David Mundell has failed to offer any kind of support, given his position as Scotland Minister and now Secretary of State for Scotland.

“I hope he will see fit to use his position to pressure his Tory colleagues to end this complacency and mount a strong defence of craft cider makers for the sake of this important local business.”