The Cycle to Syracuse

I was privileged to speak in a parliamentary debate, brought forward by Oliver Mundell MSP, to commemorate the 30th anniversary of the Lockerbie disaster and promote the Cycle to Syracuse

The Cycle to Syracuse is a fantastic initiative to mark 30 years since the Lockerbie disaster. The cycle will feature 5 representatives of the Police, Fire, Ambulance, RAF and Lockerbie Academy who will complete the journey that was never made by Pan Am Flight 103.

Proceeds from this fundraiser will go to Soul Soup: a charity which provides free mental health support and counselling for young people in Dumfries & Galloway.

Please get behind this endeavour and others like it; it really makes a difference to people's lives.

You can watch the full discussion here: 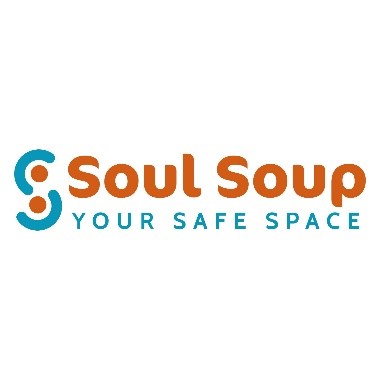 You can learn more about the group here: 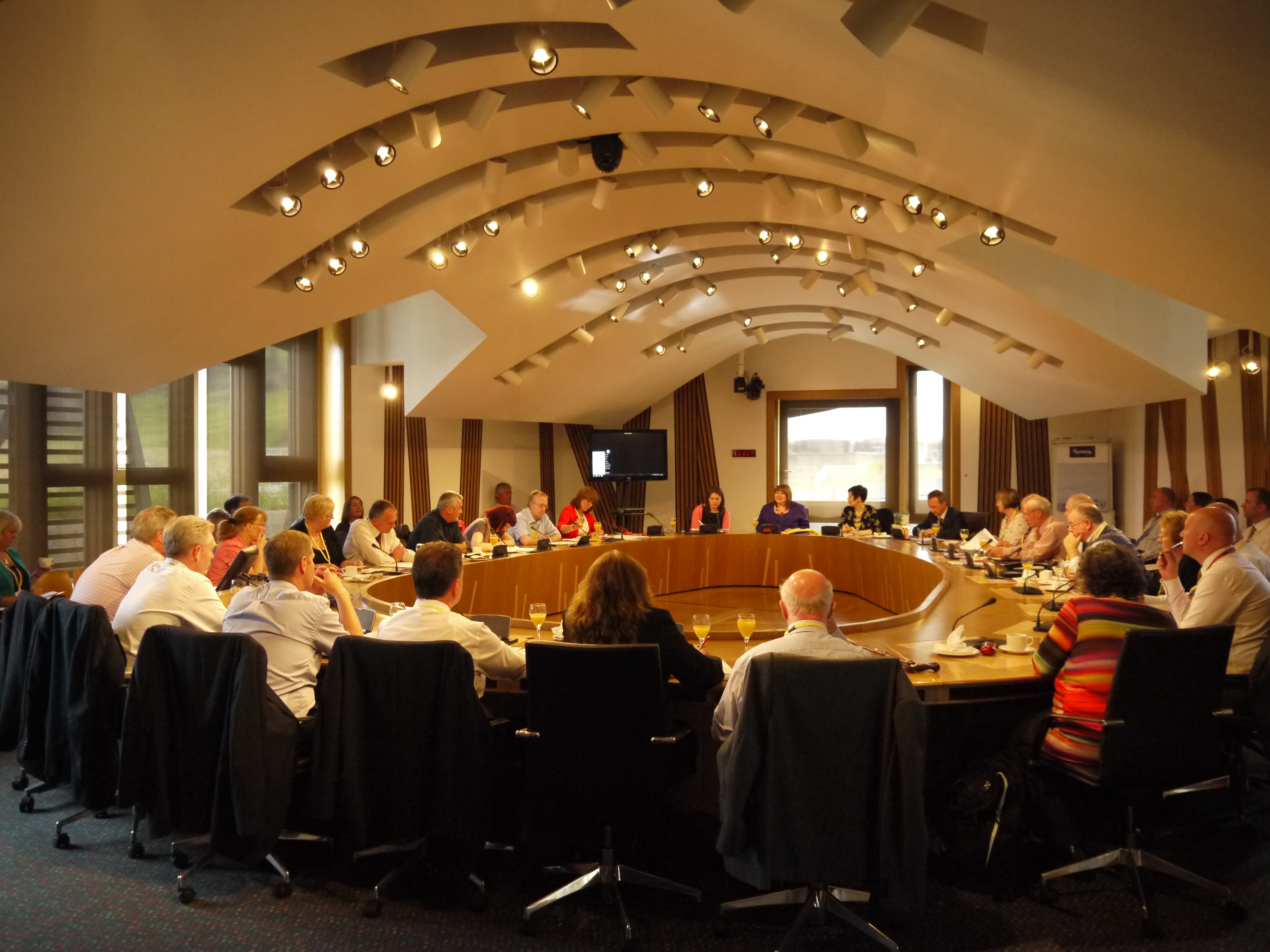 I have been working on a case on behalf of two of my constituents, David and Alison Telfer.  The Duke of Buccleuch is selling 9,000 acres of land as part of a large restructuring of his considerable estate.

I met with the Chair of the Scottish Land Commission Andrew Thin to discuss the Duke of Buccleuch’s treatment of tenants affected by the sale.

The Telfers, in particular, have been left dismayed by the earlier-than-expected sale of their Cleuchfoot farm; the couple have been living and working on Cleuchfoot for 20 years.

Now, Buccleuch Estates have imposed what amounts to redundancy on the couple – moving them off the land to make way for more lucrative forestry grants.

The higher ground on the Telfer’s farm, “Tansy Hill”, is being split from the rest of holding and sold immediately with the intention of forestry planting.  Cleuchfoot, the holding that has become synonymous with the campaign against the Telfer’s removal, has been separated from Tansy Hill.

Buccleuch Estates, after the announcement of the earlier-than-expected sale, has said the Telfers can remain on the lower Cleuchfoot holding until November 2019 – when Cleuchfoot will also be sold.

This was a devastating blow for the couple as they had a verbal understanding that they would be allowed to farm the land until they retired in 5 years.

The Telfers say Buccleuch Estates intends to come to value their hill sheep for sale on 10 October and will remove them soon after. However, as yet, no permission has been given by Forestry Commission Scotland for planting to take place on the ground.

I have been campaigning against this cruel treatment.  This is an issue of human rights.  The Duke’s right to property must be fairly balanced with the Telfer’s right to their livelihood.  The current situation does not represent a fair balance of those rights.

Government ministers have previously said that forestry grants should not be misused and there has been speculation in recent weeks that Buccleuch may be refused permission for mass planting on tenanted farms because of the public outcry.

I met with Andrew Thin, Chair of the Scottish Land Commission (SLC).  The SLC has been pushing large land owners to sell and diversify their land but the commission has expressed concern on the level of community engagement in this case.

Such a large change in land use requires formal community engagement.  Buccleuch Estates are quite content to sideline the interests of the community on this matter.

The Duke could easily allow the Telfers to see out their working lives at the farm until they retire but the couple believe they are being victimised by a powerful and vindictive administration because they had the audacity to complain.

I have asked Buccleuch Estates, on behalf of the Telfers, if the sheep can be left to graze for the remainder of the tenancy, since there are no immediate plans to plant the hill. 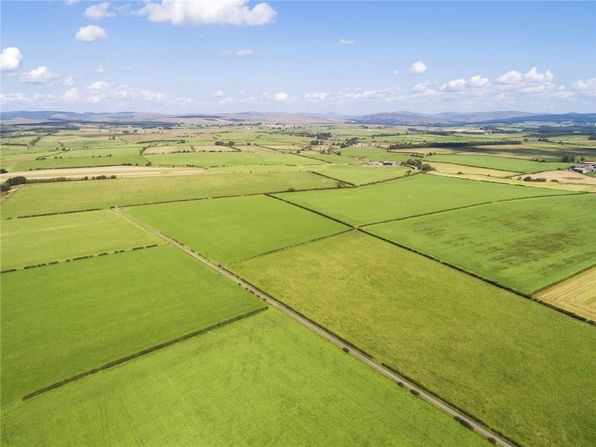 I chaired a meeting of the Committee on Culture, Tourism, Europe and External Affairs – taking evidence on Article 50 and the Tourist Tax.

The discussion provided some fascinating insight into these two contentious issues – you can view the full meeting here: 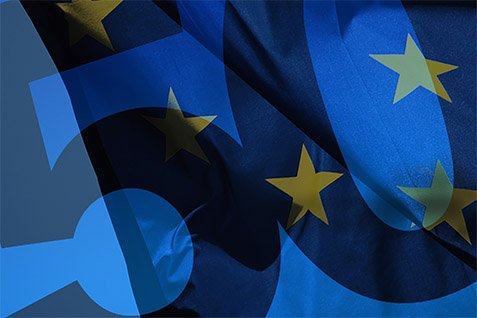 I was interviewed by ITV on a pressing concern regarding Brexti – the focus of Gregory Hoare’s feature was the impact that Brexit will have on charities that rely on EU migrants, like Loch Arthur Camphill Community.

Volunteers at Loch Arthur have spoken of their fear for the future as the UK Government’s immigration proposals, post-Brexit, threaten to bring an effective end to Tier 3, or so-called unskilled labour, visas.

Loch Artur is a social enterprise, near Dumfries, which provides an inclusive living and working environment for men and women with learning difficulties.

Most of the volunteers at Loch Arthur are EU citizens that help the residents, through supported tenancies, to run a farm, shop, café, workshop and creamery.

Fantastic initiatives like Loch Arthur are facing a threat to their very existence.  How can such organisations, reliant upon the dedication and commitment of EU migrants, be expected to cope after Brexit?

Theresa May plans to bring an end to free movement.  Well, that position blithely ignores the impact that this will have on the volunteering sector.  It is a combination of the goodwill of these migrants and the freedom afforded by membership of the Single Market that allows social enterprises like Loch Arthur to flourish and really make a difference to people’s lives.

The UK Government’s proposals fail to recognise that volunteers like the ones at Loch Arthur are highly skilled.  They are teachers.  They are social workers.  They are occupational therapists.  However, after Brexit, they will be prevented from getting a visa because they use their skills voluntarily.  This should be commended and not penalised.

Models like Loch Arthur will not survive the Tories reckless Brexit and people will suffer because of it. 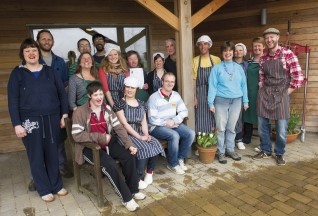 I was able to take the case of the Telfers to the First Minister.  I was heartened that the FM shared my concern and she agreed that Buccleuch Estates has a responsibility to take their tenant’s human rights into account.

The First Minister told parliament that the Scottish Land Commission had reminded Buccleuch Estates to follow government guidance which clearly states the need for formal community engagement in significant decisions relating to changes of land use.

Buccleuch have not properly engaged with the communities affected by the sale of the Evertown Portfolio.  They do not want to engage – they are determined to put their interests ahead of the people this will actually affect. 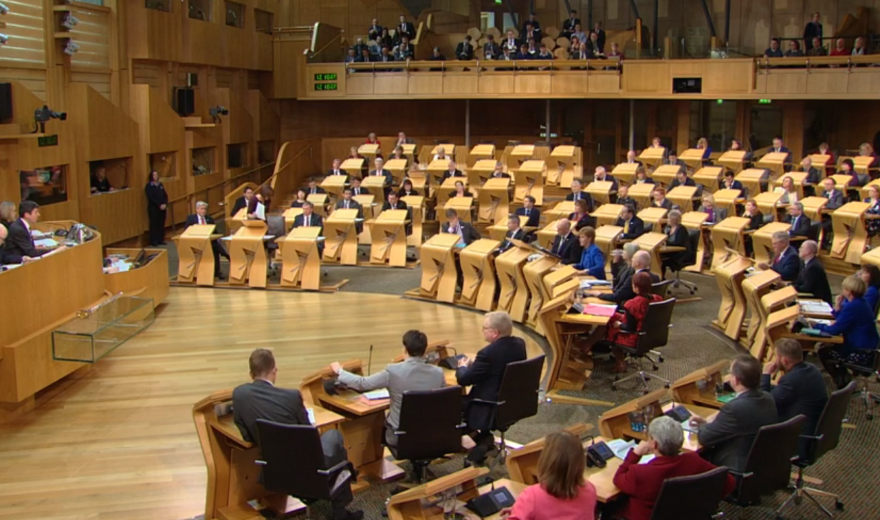 I was interviewed by an independent researcher on the impact of The Stove Network’s Midsteeple Quarter Project – where artists support the community to regenerate Dumfries High Street.

The Stove is a social enterprise that aims to engage the artistic community in order to promote positive change in society.

The Stove works in partnership with other agencies groups and individuals across Dumfries and the South West.
The Midsteeple Quarter Project is an initiative to take ownership of a group of disused buildings on Dumfries High Street in order to refurbish them and make them into affordable enterprise space at street level and good quality flats for rent on the floors above.

It is initiatives like this that encapsulate the spirit of a community and I wholeheartedly throw my support behind the teams at The Stove and Midsteeple. 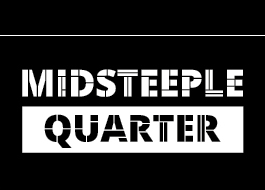 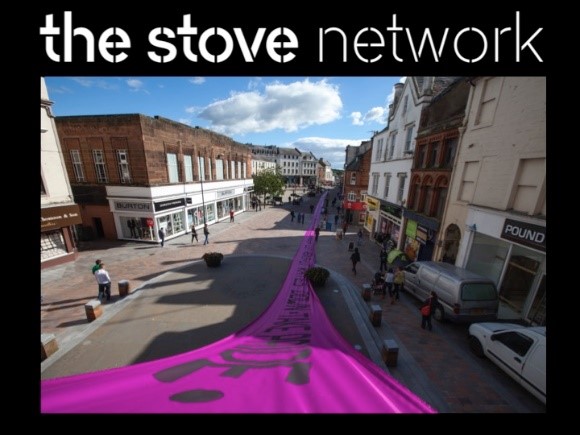 I am privileged to be the parliamentary Species Champion for the Scots Pine, Scotland's national tree.

In conjunction with that role,  I visited the Trees for Life conservation estate at Dundreggan, Invernesshire to learn more about their work regenerating the ancient Caledonian forest,

This regeneration aims to encourage species like the red squirrel, wild cat, capercaillie, pine marten as well as other trees like aspen.

This visit and the work of Trees for Life will be used to inform my debate in The Scottish Parliament later this month.

During the visit, I learned the risk of tree disease means saplings cannot travel around the country without a passport (Trees for Life gather seed from the estate and grow their own in their incredible nursery)

We talked about the destructive impact of the deer population; the single biggest cause of the depredation of our native woodland.

Dundreggan was itself a sporting estate before Trees for Life bought it entirely through voluntary contributions ten years ago.

The estate had been badly damaged but the charity’s plan to plant 500,000 native trees and to reconnect it with the ancient woods of Glen Affric to the north.
My visit came as a stark contrast to the ongoing campaign against the Duke of Buccleuch.  As said previously in this entry, I called out Scotland's biggest private landlord for planting trees to benefit himself at the expense of tenant farmers – a far cry from the good work being done by Trees for Life.

It was inspiring to speak to the conservationists at Dundreggan who are focused on human ecology and sustainable woodland that creates jobs and increases biodiversity. 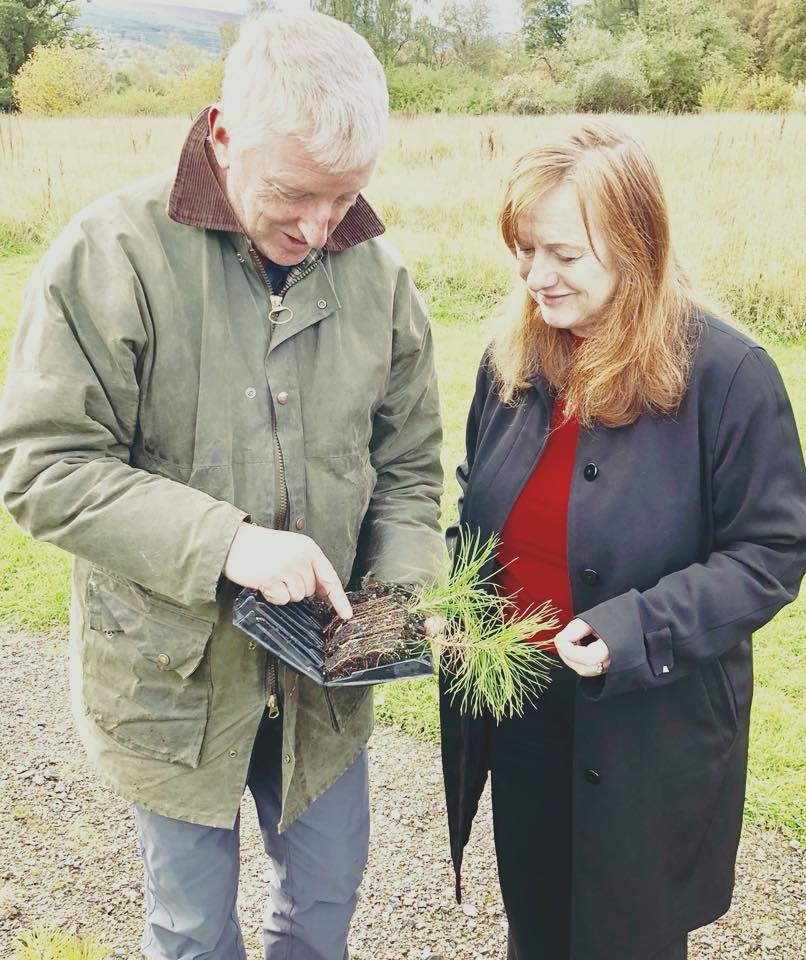 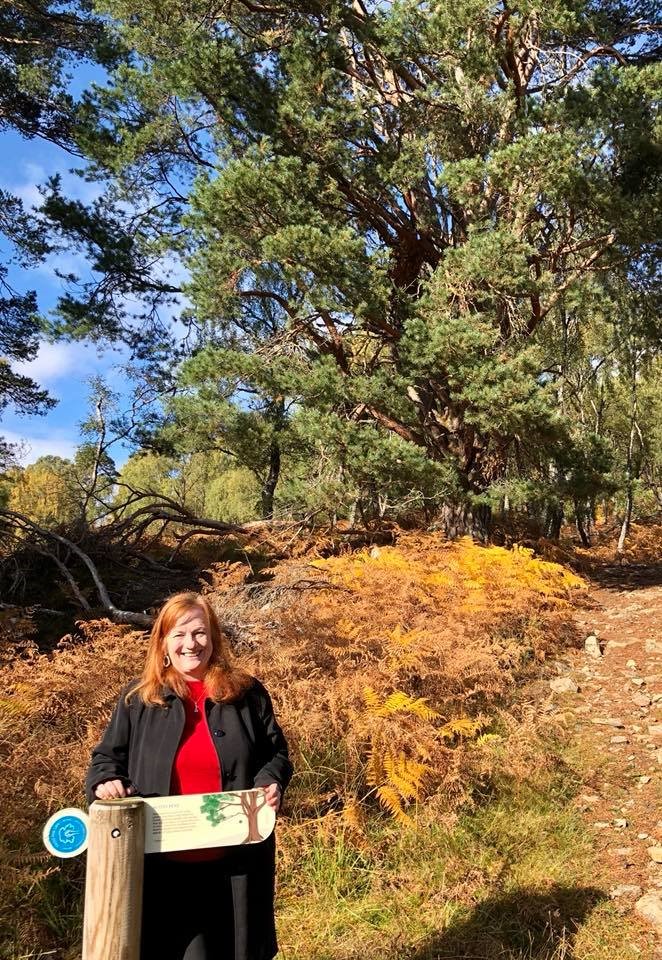