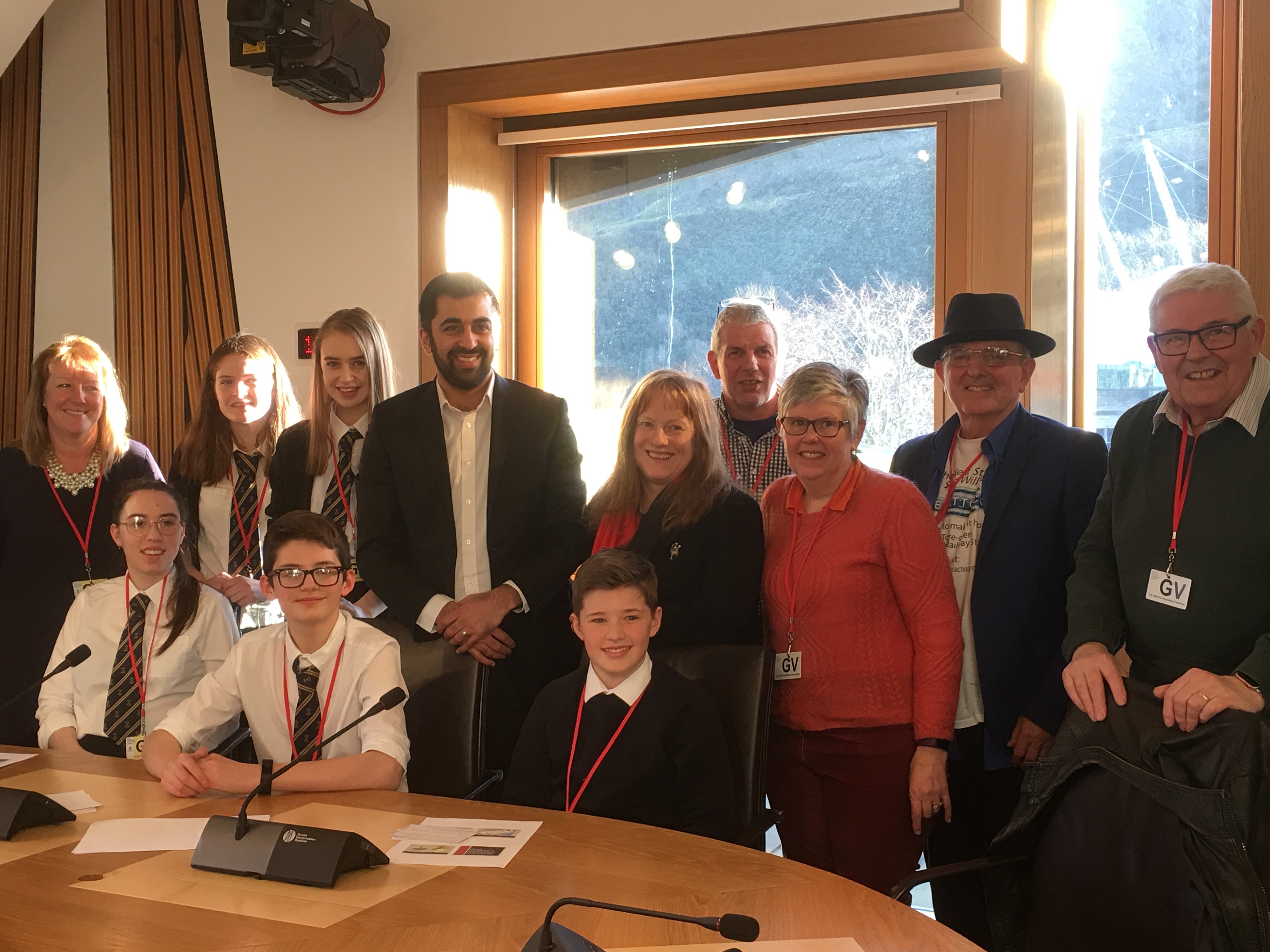 The Minister praised the pupils – who gave a presentation on the benefits of reopening the station – as well as the efforts of the group.

Ms McAlpine – who is backing the group’s campaign to re-open the station at Beattock – welcomed the constructive meeting.

She has supported the Beattock Station Action Group since 2012, having put their case forward to SWestrans, the Transport Minister and Abellio as well as including Beattock in her consultation response for the refreshed National Transport Strategy.

The MSP has also brought the campaign to the attention of Virgin boss Sir Richard Branson.

Transport Minister Mr Yousaf commended the group for their efforts and engagement with the local school, employers and the wider community.

“I was very grateful that Mr Yousaf took up my suggestion of a meeting with the Beattock Station Action Group, and that the it was so constructive.

“One of the achievements of the SNP government is the opening and restoration of railway stations and lines. It’s a very popular policy – Mr Yousaf told us that 68 communities across Scotland are campaigning for new stations – but he said that the Beattock campaign was very dynamic.”

The campaign to reopen Beattock Station moved a step forward late last year when SWestrans approved an additional £40,000 for Beattock to move to the next stage of the process, which will assess the business case for reopening.

“Like the Campaign for Borders Rail in the late 90s, the Beattock Station Action Group is well organised and enthusiastic.

“They have worked so hard over the years to get to this stage – in particular raising enough cash to help commission an expert pre-appraisal report into improving transport links in the area.”

Beattock Station - which closed in 1972 - sits on the West Coast Mainline on the longest stretch of rail in the UK without a stop.
Ms McAlpine said:

“I have no doubt Beattock could once again become an essential stop on the West Coast Main Line. Because of its place in history and literature, it has considerable tourist potential. It would also be an excellent stop off point for walkers keen to explore the beautiful Southern Uplands and the Grey Mare’s Tail.

“It’s always going to be a lot of work, but the Minister and his officials assured the group that they were following the correct process, and that Transport Scotland will be on hand to give advice.”