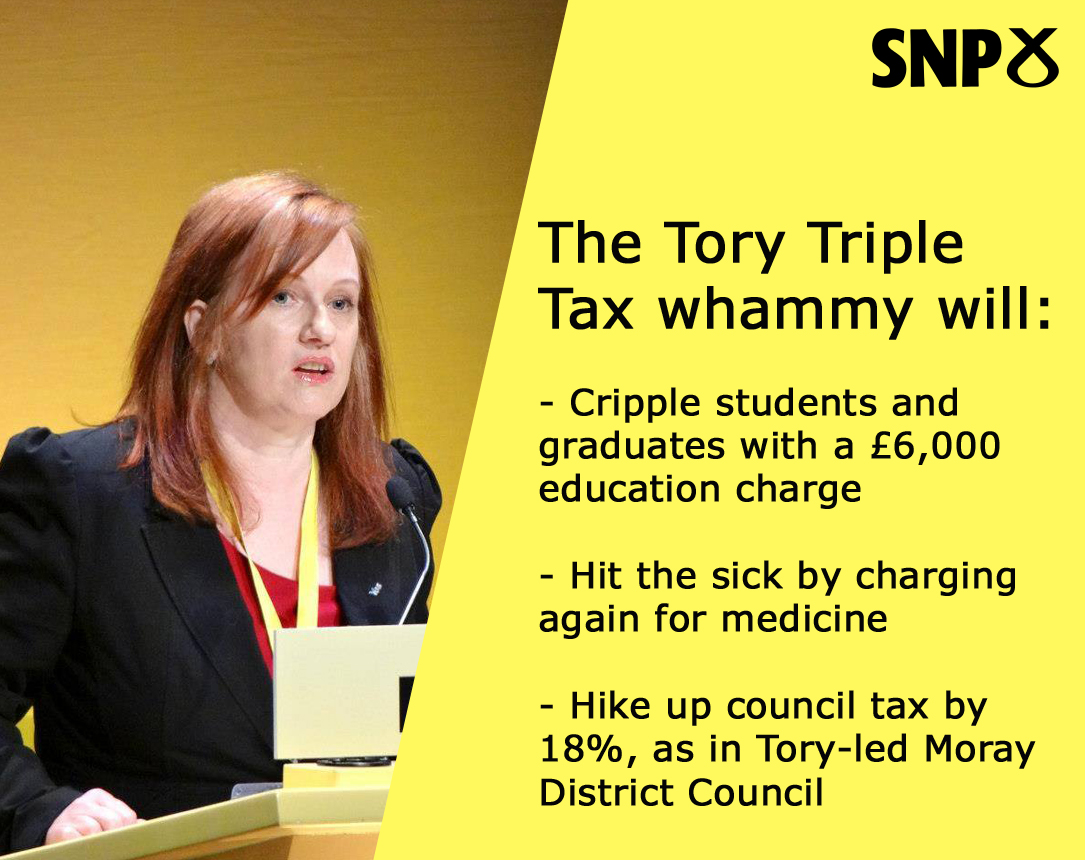 The SNP has today challenged Ruth Davidson on the “hypocrisy” of her posturing against tax rises while proposing a triple whammy of tax rises on household budgets.

Tory election material delivered in the past week boasts that Davidson would “oppose tax rises for Scots”, however in the same week she announced a tax hike on students and graduates, plans to re-introduce the tax on ill health through prescription charges and her Tory-led Moray Council proposed an “eye-watering” Council Tax rise of 18% – which would see the bill for a Band D property rise by £204 a year.

“Ruth Davidson is guilty of sheer hypocrisy when she postures as being against tax rises while at the same time proposing taxes on ill-health and education.

“Scottish voters are too savvy to fall for this blatant misdirection. Ruth Davidson’s proposals to hammer those who suffer from ill-health or wish to better themselves through education are yet more of the same Tory policies people in Scotland have been rejecting for decades.

“It’s staggering that voters around the country are receiving leaflets promising that Davidson will oppose tax rises in the same week as one of her own council groups proposes an eye-watering 18% rise in Council Tax – and it’s no wonder the Triple Tax Tories just endured their worst election result in Scotland in 150 years.

“In contrast the SNP is delivering for people in Scotland with a council tax freeze, the abolition of prescription charges and a clear commitment to keep education free of charge.

“The SNP will spend the next four months leading an ambitious, national debate about how to keep Scotland moving forward through progressive policies – and will reject the regressive, right-wing agenda of the Tories wholesale.”