Joan will be holding a number of parliamentary and doorstep surgeries from the 30th of July to the 1st of August. Drop in if you have a query, or get in touch if you'd rather make an appointment. See details below. 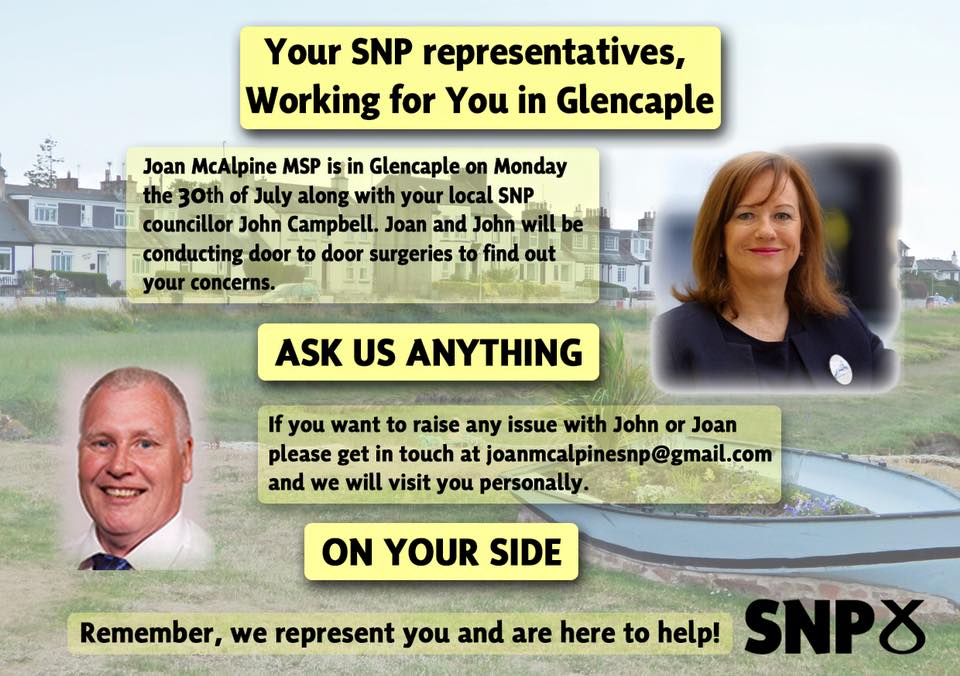