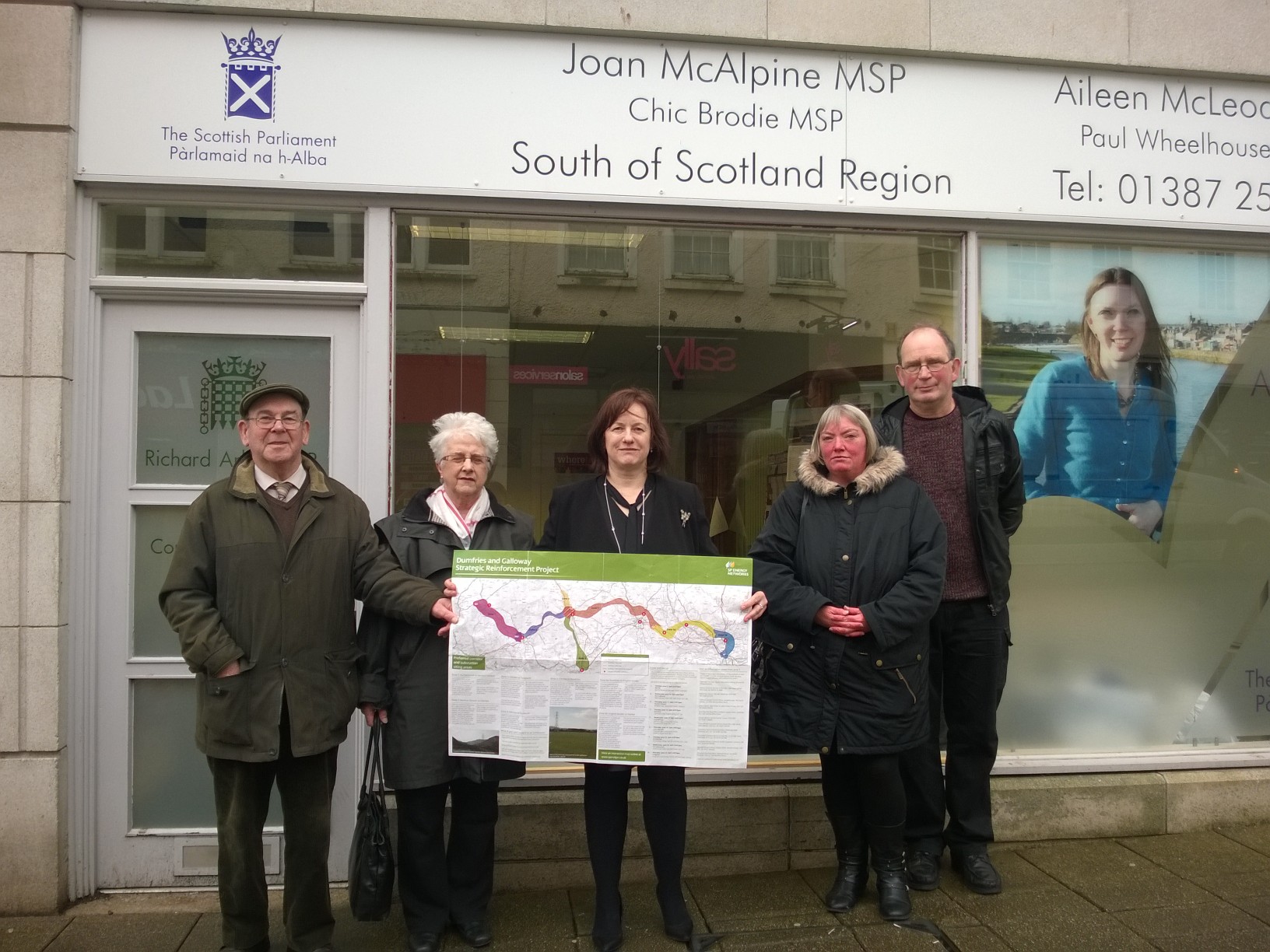 Joan McAlpine has written to the Director of Transmission Programmes at Scottish Power demanding community site visits and urgent reassurance about the siting of an electric substation following a meeting with concerned residents in Racks last week.

The upgrading of the electricity transmission network, “Dumfries and Galloway Strategic Reinforcement”, has recently been going through a phase of public consultation, the results of which are due to be published shortly.

“Residents had been told that there was no preferred site or indeed any definite plan for the siting of an electric substation. Concerns were raised with me following the publication of a leaflet showing a ‘preferred site’ for the substation in a field directly outside homes in Racks. This leaflet directly contradicts the information given to residents, which now appears to have been incorrect at best and potentially deliberately misleading.

“Residents have very real concerns and the village is wholly against the siting of the substation in this field. They are worried about potential health implications as well as amenity and loss of quality of life. They need reassurances quickly.”

Ms McAlpine has now written to Scottish Power to represent the specific concerns of the residents of Racks. She has demanded that consideration be given to a site south of Racks which is not in sight of villagers’ homes. She has also requested site visits from Scottish Power representatives.

The move builds on the existing support Ms McAlpine is giving to communities concerned about the pylon plan. Her submission to the early consultation on the project outlined their concerns in depth. She will shortly meet with the energy regulator, Ofgem, to demand they consider communities when determining the cost of infrastructure.