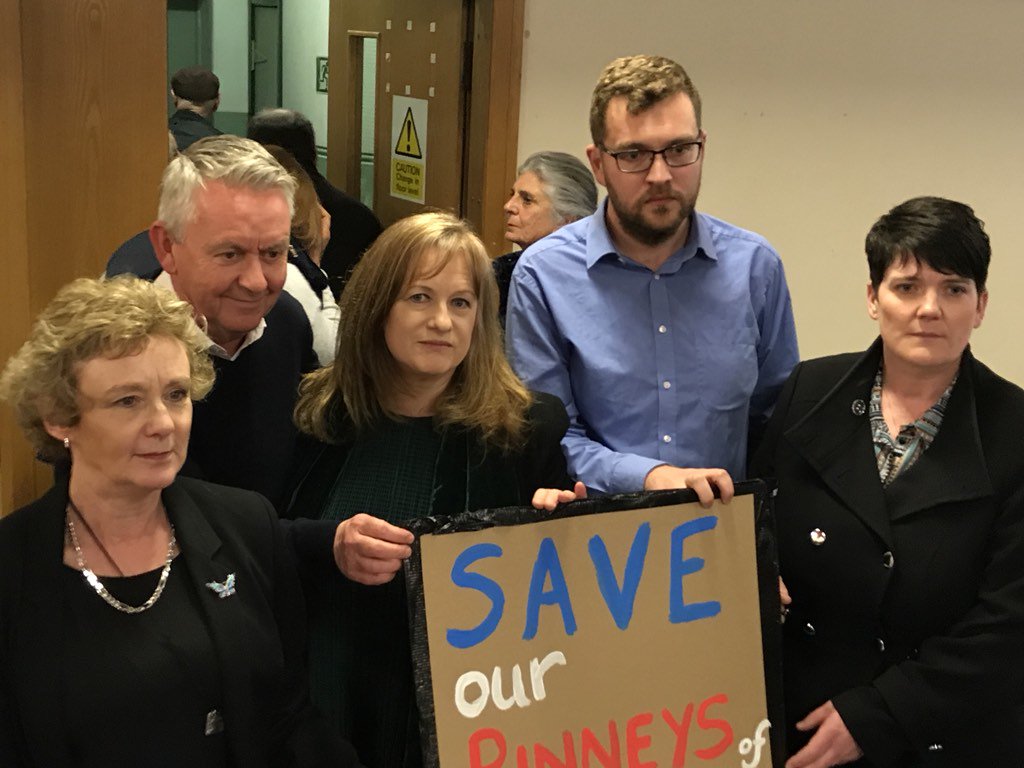 It was standing room only in the Market Hall in Annan tonight as workers and locals queued out the door to have their say on the proposed closure of Pinneys.

The strength of feeling was palpable as the campaign to save more than 577 seafood factory jobs in the town was ramped up at a mass meeting supported by politicians from all parties.

The meeting was jointly hosted by the ‘Save Pinneys of Annan’ campaign group and SNP MSP Joan McAlpine MSP.

Council leader Elaine Murray and Dumfriesshire MSP Oliver Mundell attended and spoke along with Ms McAlpine, Catrina Baxter of the Save Pinneys campaign and union reps.

As well as hundreds of attendees, the meeting was streamed live to thousands more.

Ms McAlpine says she was pleased with the cross-party determination to keep the plant open.

The meeting focussed on ways to showcase the very skilled and determined workforce to new buyers for the site.

“I was blown away by the solidarity and determination shown by the community here in Annan, as well as elected members from all parties to keep Pinneys open and safeguard jobs here in Annan.

“The importance of Pinneys to the local community and wider economy in the region just cannot be overstated – if anyone was in any doubt you just have to look at the number of people attending tonight – not to mention the thousands watching online.

“The workforce at Pinneys is highly skilled, and we need to showcase that fact to potential buyers who might take over the site from Young’s.

"There was however anger among workers that the blow had come despite the workforce recently achieving the prestigious "Silver Status" in an M&S audit.

“They pointed out that the high street retailer, which insisted on being the plant's sole customer, was now awarding its contracts to suppliers who scored well below Pinneys in the same audit.

"There clearly is a desire to get the bosses at the top of M&S and Young’s to face up to their obligations - while at the same time working together to ensure that if these companies don't budge, alternative buyers are found."