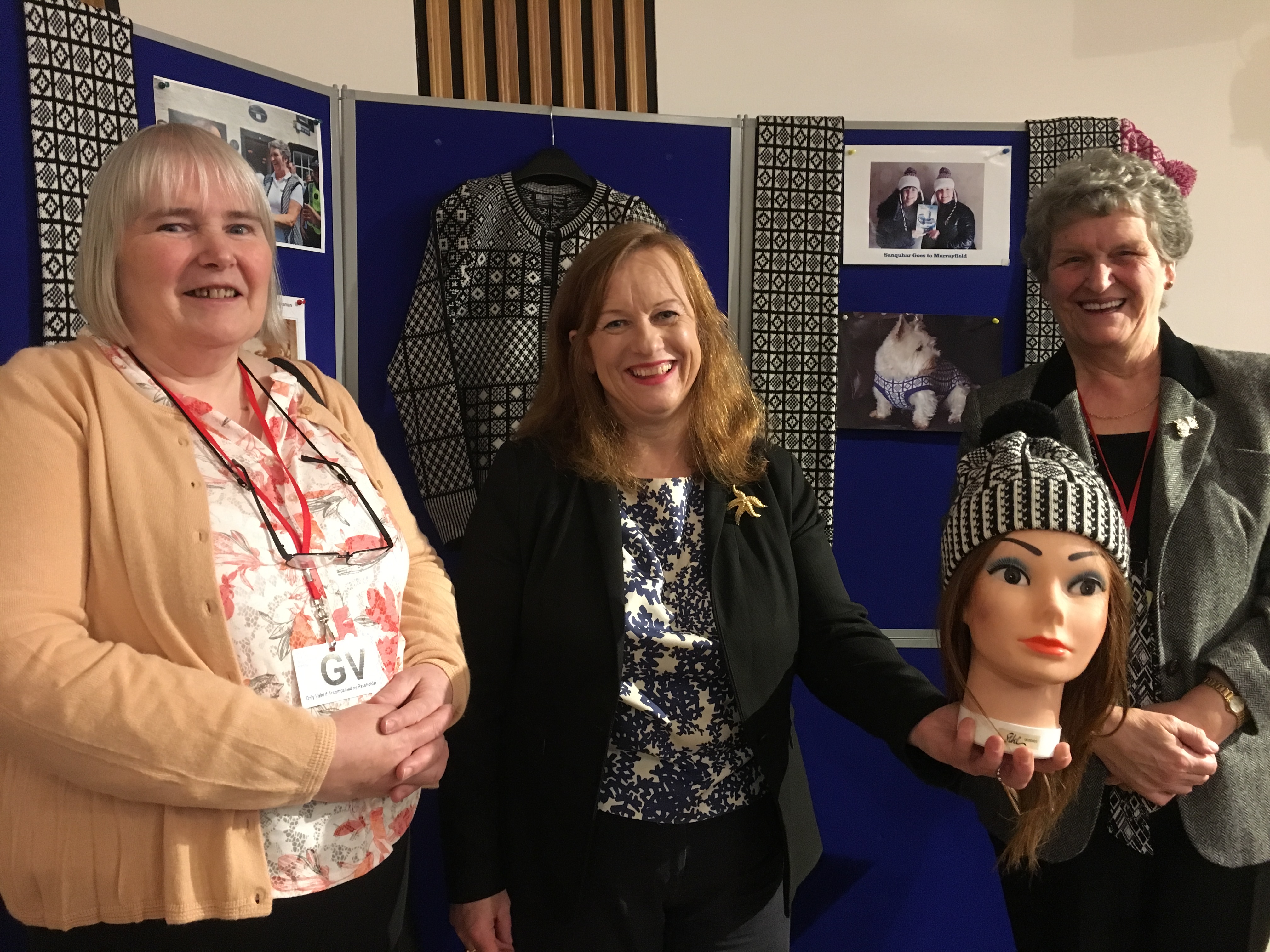 MSP Joan McAlpine was delighted to host Sanquhar knitters in the Scottish Parliament this week.

The SNP MSP invited Elma Clark and Kate Sloan from the ‘Sanquhar Pattern Designs’ project to speak to the Cross Party Group on Culture, which she convenes.

Elma and Kate – who have been involved in the project since it was launched by A’ the Airts in 2014 – talked about the importance of the pattern to the heritage of Upper Nithsdale.

Attendees – including MSPs, Scottish Government representatives and people working in the creative industries – were treated to a display of knitwear products, some of which featured contemporary takes on the classic pattern.

“It was fantastic to have Elma and Kate up to talk about the importance of the Sanquhar knitting pattern to the cultural heritage of Upper Nithsdale, and what the project is doing to preserve it.

“It’s really great to be able to bring the pattern to a wider audience – I think everyone loved the pieces on display and were having to try very hard not to buy them all!

A’ The Airts launched the Sanquhar Pattern Designs knitting project in 2014, hoping to make a significant impact on the economic climate of Upper Nithsdale.

It is known that knitters have been producing Sanquhar Knitting in significant quantities since the beginning of the 17th century and, despite a few declines in the industry over the centuries, the pattern remains an important tradition of the town and is embedded within its heritage and culture.

You can read more about the project here: https://sanquharpattern.wordpress.com/