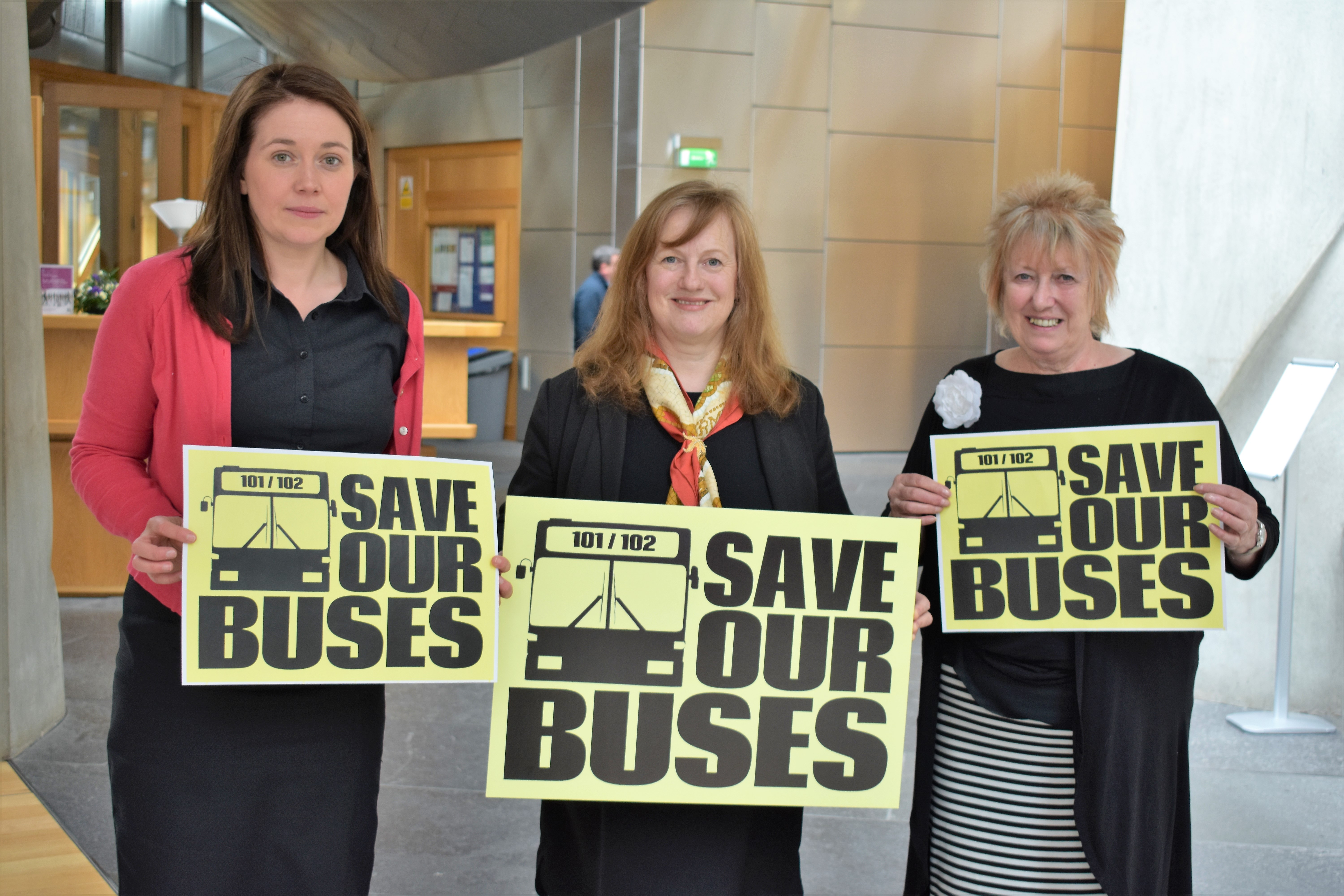 Three south Scotland MSPs have united to campaign for a lifeline bus service.

Joan McAlpine, Aileen Campbell and Christine Grahame said that the 101/102 bus service from Dumfries to Edinburgh is a vital link connecting local rural communities across the region - with young people and the elderly particularly affected.

The service has come under threat after the decision was taken by Tory led Scottish Borders Council to withdraw funding.

“The threat to axe the service runs against the new spirit of bringing the south of Scotland together in the Scottish Government’s new proposed economic partnership.

“Scottish Borders Council know that if they pull their share of the funding for this service then it will be cut. They have a responsibility to work together with neighbouring local authorities in the region to maintain this service.

“As major funders - It is simply unacceptable for Scottish Borders Council to pull out - and I have written separately to them in those terms.”

“This is a well-used route for many of my constituents in Clydesdale and the only direct method of public transport to and from our capital city. For Scottish Borders Council to withdraw their contribution would represent a substantial and unacceptable loss to the overall funding, and risks putting the future of the service in jeopardy.

“I have written to Scottish Borders Council urging them to reconsider this decision and put the interests of bus users first, and I have called on all funders of the service to leave no stone unturned in order to secure this crucial service.”