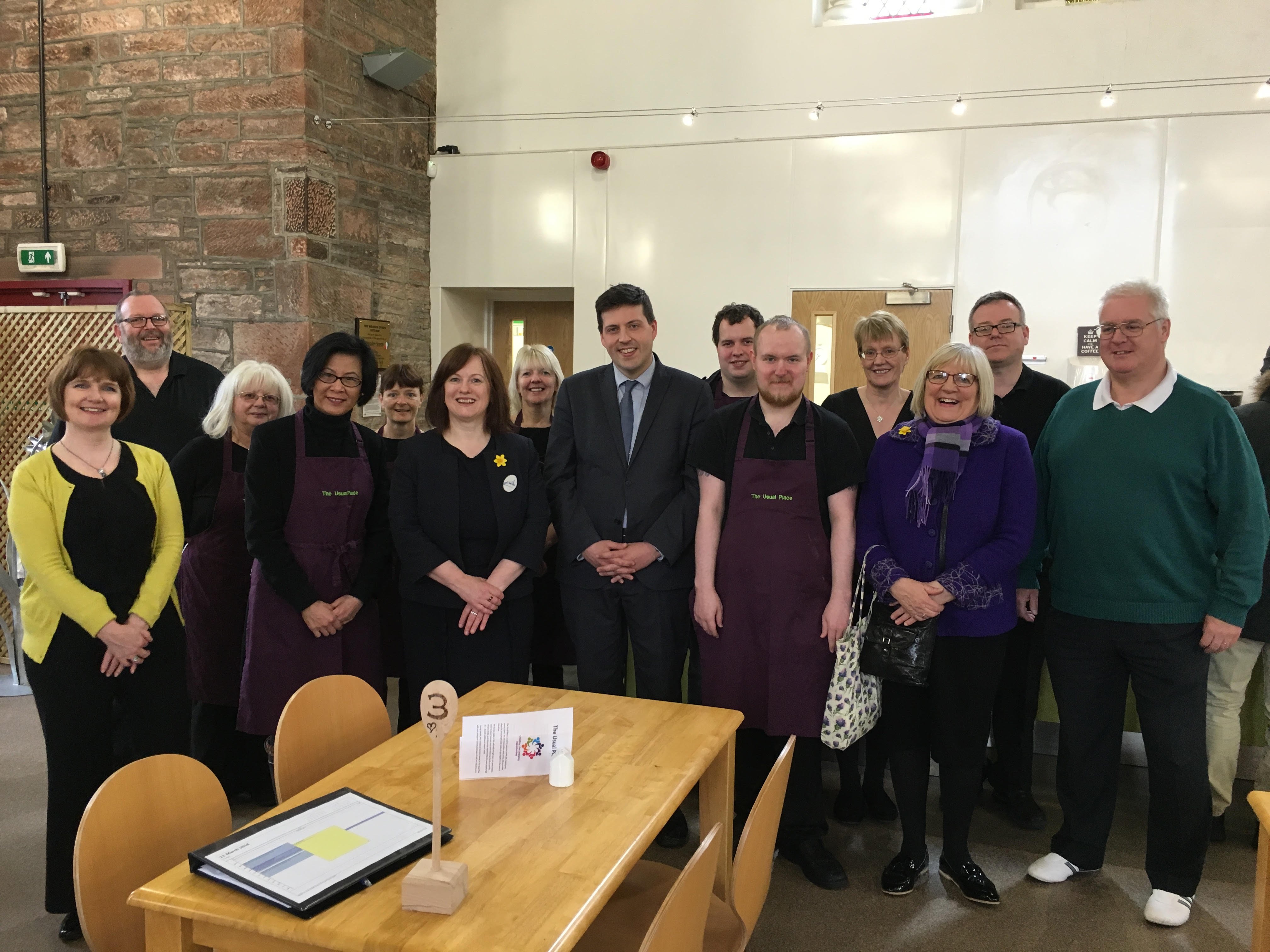 An intervention by Joan McAlpine MSP has resulted in a life-changing grant to train young people in Dumfries and Galloway.

The MSP stepped in when the Usual Place community cafe were looking for funds from the Scottish Government’s “The Keys to Life” programme aimed at helping people with learning disabilities.

Officials visited the Social Enterprise to see its work for themselves and were so impressed they awarded a grant to train young people in retail skills.

The Minister for Sport, Health Improvement and Mental Health Jamie Hepburn came to the Dumfries project last week to announce the funding and meet volunteers and trainees.

“The Usual Place is one of the most impressive social enterprises and training premises I have seen in my time as an MSP.

“It's fantastic venue with freshly cooked food - ideal for a coffee, lunch or a function or meeting. And it's fully accessible with the only Changing Places toilet in Dumfries at present. It's also a training place for young people with additional needs and it works closely with Dumfries and Galloway College to deliver qualifications to its volunteers. Many of its volunteers have gone on to get jobs after their training.

“It’s very clear that the government officials who have seen what is happening here are excited by the prospect of replicating it and think it could be an example for other parts of Scotland. It truly is a remarkable venture.”

Ms McAlpine and Mr Hepburn visited the retail unit which is supplied by goods made in Dumfries and Galloway and spoke to young people training in retail, catering and gardening.

“It was great to see that the shop was up-and-running already and is selling art by Support in Mind, By Heck! jams and lots of other crafts and very attractive gifts. I would recommend anybody to pop in. As a result it will mean lots more training opportunities for people at the Usual Place.

“The minister spent a long time learning about it and was very impressed at the sheer number of people that could be helped by the project and also by the superb quality of the training facilities which are specially designed for people of all abilities.”

Ms McAlpine has been a staunch supporter of the Usual Place from its inception, supporting many of its successful funding applications to Big Lottery and others.

After visiting the Usual Place Mr Hepburn went on to the Food Train which has also benefitted from a recent grant by the Scottish Government.