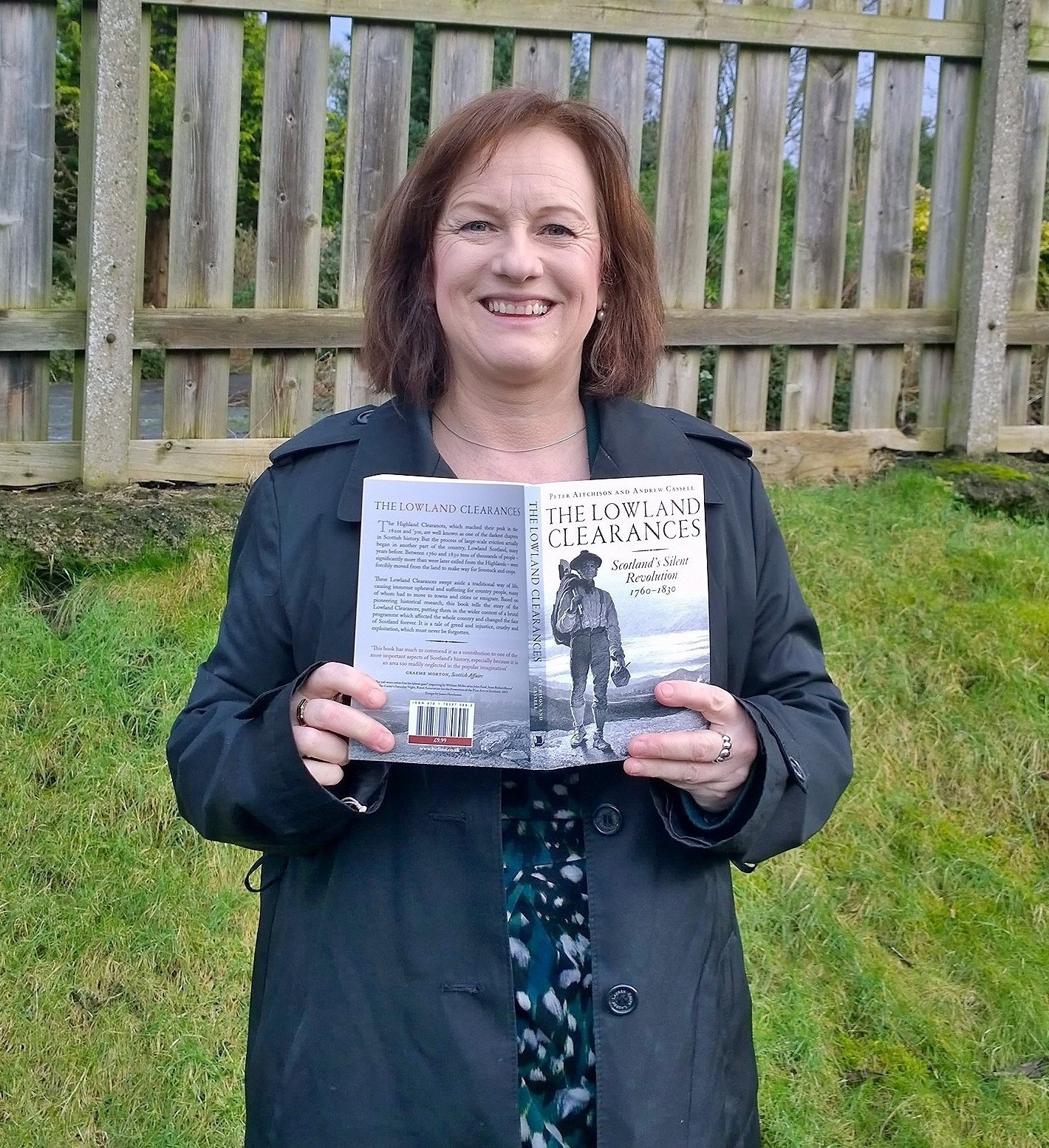 South of Scotland MSP Joan McAlpine congratulated campaigners who succeeded in getting an important local history book reprinted by its Edinburgh publishers.

Ms McAlpine had added her support to an online petition calling on publishers Birlinn to reprint “The Lowland Clearances” by Peter Aitchison and Andrew Cassell.

The book argues that it is impossible to understand the Highland Clearances without knowing that they were preceded by the Lowland Clearances, which began in Dumfries and Galloway in 1724 when it took an entire regiment of soldiers 9 months to suppress an armed uprising against enclosure.

It was the subject of a sold-out event at the CatStrand in New Galloway.  Many attendees were surprised to learn the book was unavailable to purchase due to a publishing decision by Birlinn, so an online petition was set up by community activists who contacted Ms McAlpine for her support.  As a result of the campaign, the publishers agreed to a reprint and the first copies of the reprint were dispatched in February.

“The Lowland Clearances had very significant social and economic implications for our region.

“I’m delighted to see this important piece of our history back in print.

“It is a great testament to the efforts of local campaigners and shows how people feel very passionately that their history should not be forgotten."

The authors hailed the success of people power and paid tribute to the petition signatories for getting the book back in print.

Pictured: Joan with her copy of The Lowland Clearances.