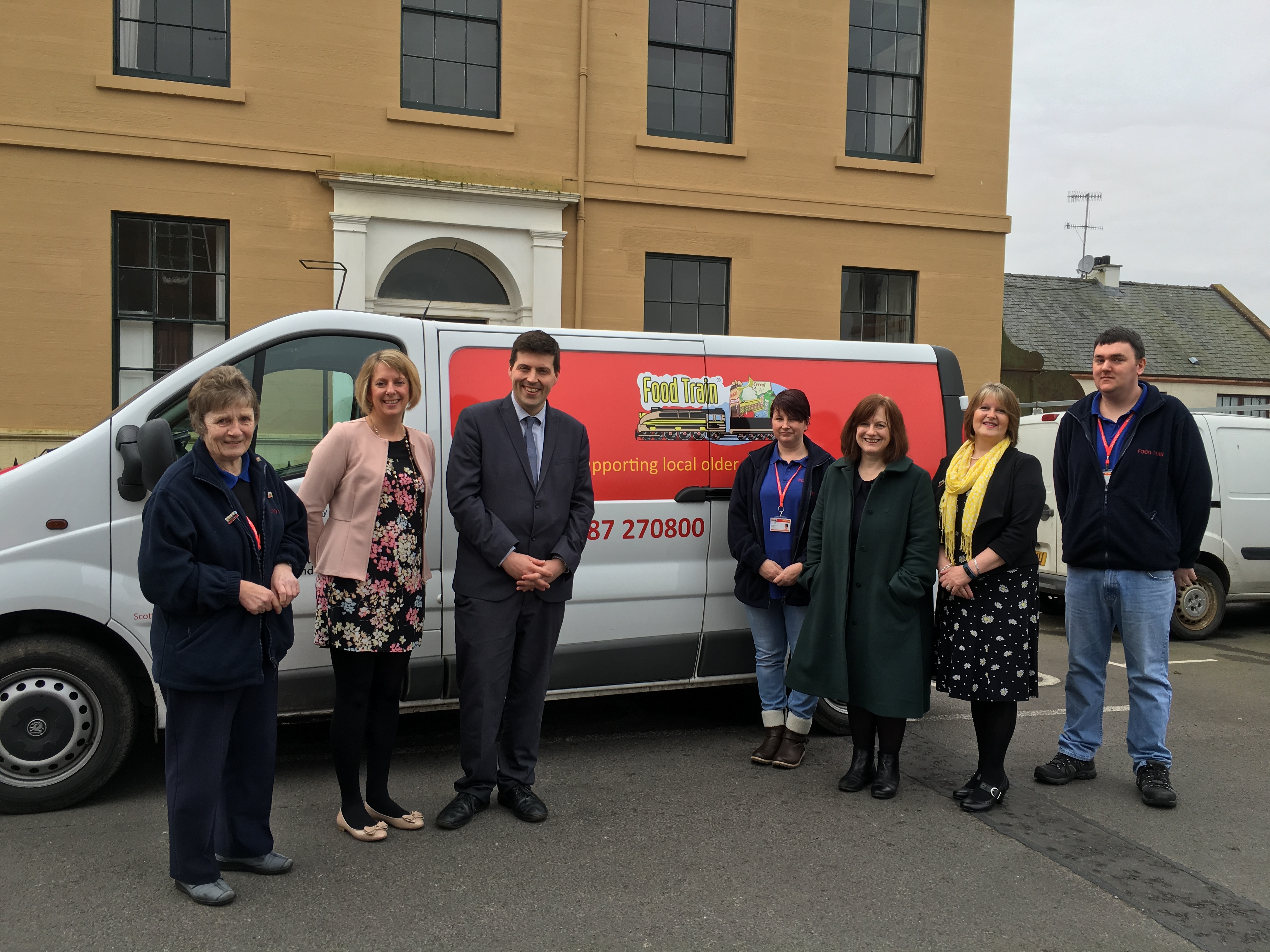 Joan McAlpine MSP has welcomed the announcement of Scottish Government funding for an older adults’ support project which started in Dumfries.

Ms McAlpine was speaking following her visit on Friday with the Scottish Government’s Minister for Sport, Health Improvement and Mental Health, Jamie Hepburn to the Food Train in Dumfries.

The Food Train, which received a grant for £42,890, delivers food to older people who are unable to go shopping. It started in Dumfries in 1995 and now helps more than 1,400 people a year across Dumfries and Galloway, West Lothian, Dundee, Glasgow, Renfrewshire, Stirling and North Ayrshire.

Ms McAlpine has been a consistent backer of the Food Train and previously lodged a Scottish Parliament motion to congratulate the organisation on its innovative “Meal Makers” food share project.

“I was pleased to have the opportunity to join Jamie Hepburn during his visit the Food Train in Dumfries so he could see first hand the excellent work they do.

"It was great to meet people from other parts of Scotland who are using Food Train or keen to get a Food Train in their area. The SNP government has embraced Food Train as an excellent example of their preventative health philosophy. We should celebrate it as a Dumfries and Galloway innovation that is inspiring the rest of Scotland."