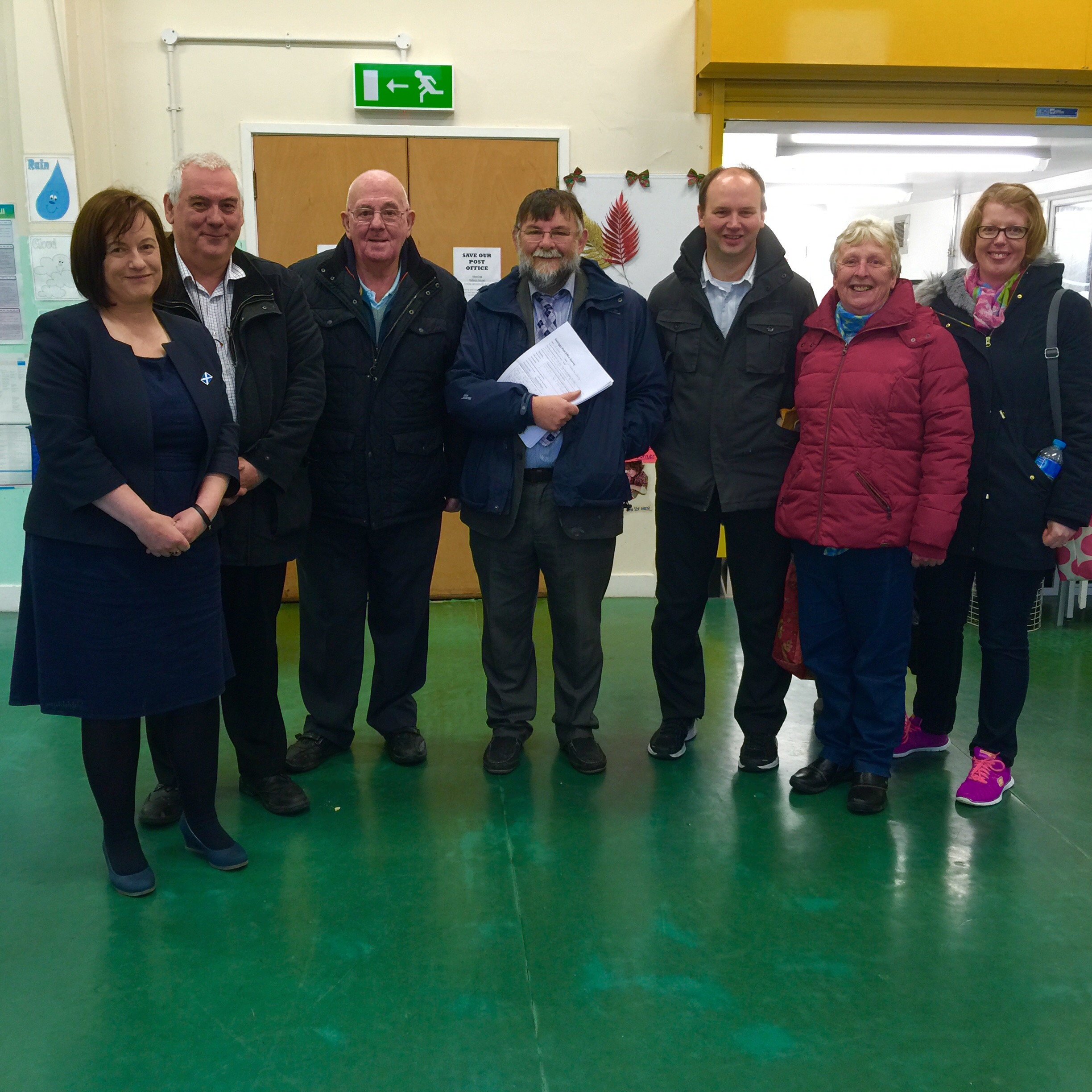 A local MSP has added her voice to those asking the Post Office to re-think its planned relocation of the Eastriggs branch.

SNP politician Joan McAlpine was invited by local activists to a meeting in the village to discuss their concerns about the plans to move the branch into the Spar.

Commenting, the Dumfries based MSP said:

“I was struck in particular by the argument that the Post Office is a place where many locals, particularly older people meet and have the opportunity to chat.

“Many are dismayed by the idea of the proposed move and the impact it will have.”

Among other things, local residents are concerned that if the Post Office is to move to the Spar site, there will be no privacy for benefits and pensions transactions, and that it is not on a bus route like the current site is – which can be very important for those who rely on public transport.

“The current Post Master is very attentive and has even arranged for ParcelForce to do an extra delivery to the branch.

“It would be a shame to lose such a fantastic service – the offer of extended hours at the Spar site just doesn’t compensate for what would be lost to the community.

“I have written to the Post Office asking them to reconsider the move, as well as making representations to the Business Minister Sajid Javid MP.”

The MSP will also attend the Community Council meeting on Monday night where representatives from the Post Office are expected to be in attendance.

The consultation on the proposed move ends on the 29th of January. Submissions can be made by Freepost YOUR COMMENTS to Post Office Ltd, via e-mail to comments@postoffice.co.uk or by calling the customer helpline on 03457 22 33 44.

Pictured: Joan with Cllr Richard Brodie and campaigners in Eastriggs.