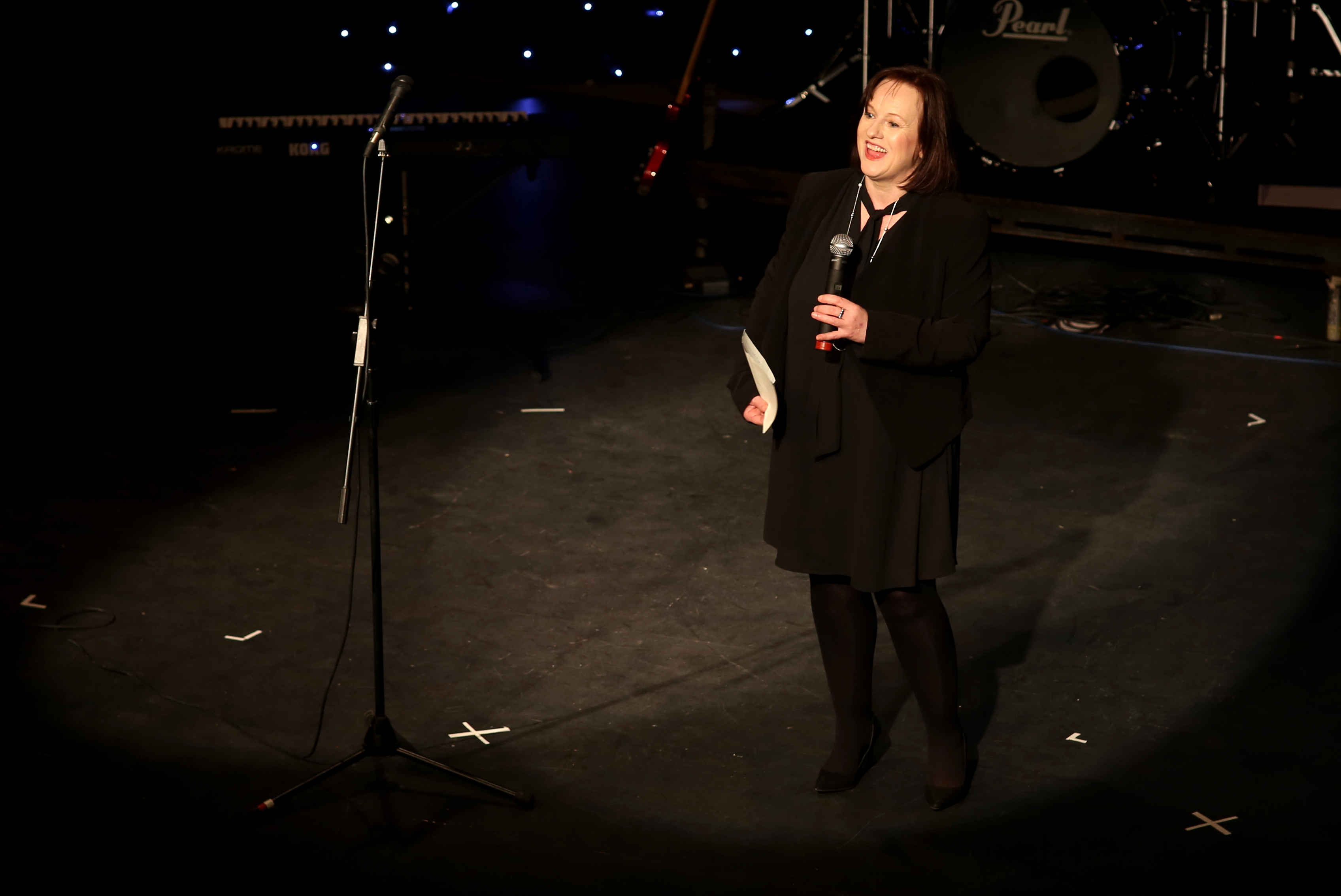 Joan McAlpine MSP has welcomed the refurbishment of the Dumfries Theatre Royal and said its future promised to be as exciting as its illustrious past.

The South Scotland MSP, who is also the co-convenor of the Scottish Parliament's cross party group on culture, was speaking at a gala evening on Sunday (17th January) to celebrate the renovation of Scotland's oldest working theatre.

Quoting J M Barrie, who described the Shakespeare Street venue as a "pocket edition" of a theatre, the MSP said that for centuries the Theatre Royal had consistently delivered the highest standard of work.

Comparing the past with the present she said Barrie and his school friends at Dumfries Academy had been inspired to form their own drama society after seeing one notable performance by the famous comic actor J L Toole at the theatre, and that it continued to inspire young people now, as then, as can be seen in the achievements of the Junior Guild.

Ms McAlpine said times had changed since Robert Burns, one of the original subscribers to the theatre, bemoaned the lack of original Scots drama being performed. She quoted from his monologue written for the theatre's first manager which said:

“Is there nae poet, burning keen for fame,
Will try to gie us songs and plays at hame?”

Ms McAlpine said that original Scots writing for theatre was in its infancy in Burns' time and all theatres relied on travelling players, often from London. She quoted from a study of the Dumfries theatre's early programmes in the 1790s which, as well as Shakespeare plays, included battle re-enactments, birdsong imitations and a "high kicking version" of the witches dance in Macbeth.

However she noted that while only Scots songs featured in the 18th century, that soon expanded and the last century saw the blossoming of theatre companies and writers for the stage in Scotland.

Ms McAlpine said the variety of work shown on the gala night demonstrated the breadth of writing, performing and musical talent in Dumfries and Galloway and across Scotland in the 21st century. She welcomed the commitment of General Manager Mark Alexander and programmer John Cairns to commission new work in Scots.

"The Theatre Royal is part of this town's living history. Burns helped build it, Barrie was inspired by it, but most important of all is its place in the hearts of the people of Dumfries. It belongs to them. They have kept it alive and are now taking it forward."