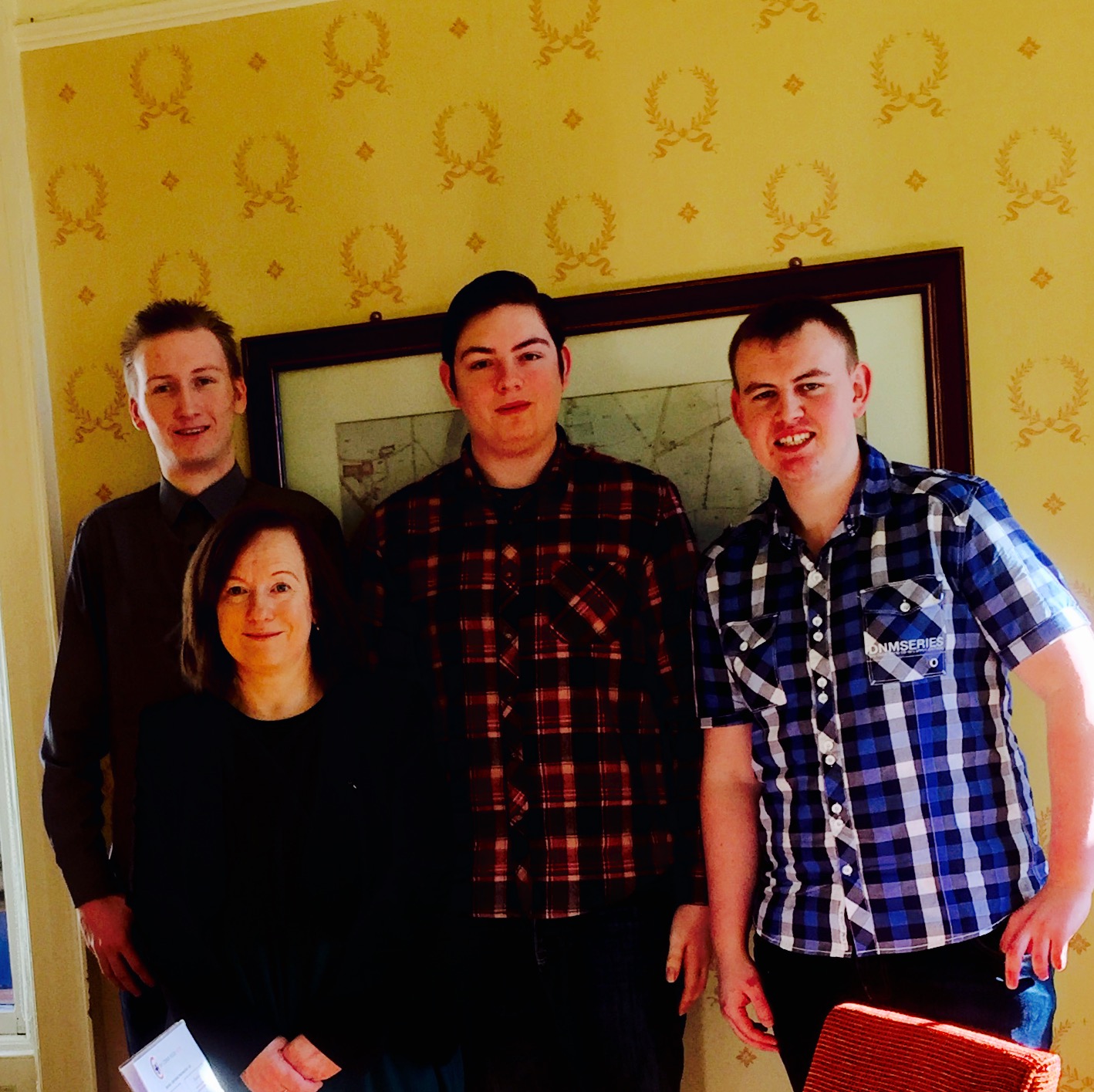 Scotland’s Transport Minister will meet students campaigning for the A75 upgrade – thanks to the intervention of MSP Joan McAlpine.

Ms McAlpine has been supporting Danny Pool, Lewis Irving and Adam Little since the launched their campaign on Facebook earlier this year.

She wrote to Transport Minister Humza Yousaf asking if he would meet the Annan boys and this week he agreed – writing to Ms McAlpine asking for suggested dates.

The meeting is in addition to the Transport Summit the South Scotland MSP has secured from government in order to set priorities for Dumfries and Galloway.

“I expect it will be a very lively meeting as Danny, Lewis and Adam are very passionate about their cause. They are also very effective campaigners who are only a little bit younger than the minister himself so I am sure they will have lots to talk about.”

Ms McAlpine meet the Annan campaigners over breakfast in Annan’s Corner House Hotel and was impressed by their focus.

“The SNP has already carried out more upgrades to the road than any previous administration in Edinburgh – but those improvements, such as the excellent Hardgrove to Kinmount stretch, have further heightened expectations, which is understandable. The campaigners are realistic that not everything can happen at once but they see how effective, long-term campaigning around the A9 has worked in the north and the south can learn from that.”

But Ms McAlpine warned that Brexit put projects like road upgrades in danger.

“Many of Scotland’s major road upgrades rely on Euopean structural funding, which is around 900 million euros in the current round. The uncertainty caused by Brexit puts a huge question mark around projects such as any the A75 upgrades because the UK government has refused to say whether it will pass on to Scotland any European money which disappears as a result of us being pulled out of Europe.”

Student Danny Pool welcomed the opportunity to meet with a government minister, saying:

“I personally feel that meeting the Transport Minister is a huge step forward in our campaign. I'm also very pleased with how our Facebook campaign is performing in regards to having over 3000 supporters, and of course our Scottish Parliament petition's performance has been fantastic with us reaching over 1000 signatures in such a small period of time.

“Both our campaign and petition show that there is a real demand for transport change across Dumfriesshire. Even people from other parts of the UK and Ireland have signed the petition which shows the road doesn't only affect people in the county but also people from near and far.

“We would like to see a dualled A75 which will of course always put safety first by reducing the amount of accidents and deaths on the road, improve hospital access to those in the region, create safer and quicker journeys, reduce congestion and stress, help build our local economy and improve business and tourism opportunities.”