Dumfries and Galloway Council is not doing enough to make flooded individuals and businesses aware of the £1500 individual grants made available to them by the Scottish Government an MSP has said.

Joan McAlpine MSP says she is a concerned that the council website does not publicise a scheme announced by the Scottish Government for Dumfries and Galloway in December which gives affected individuals, businesses and community groups up to £1500 each, as part of an additional £700,000 allocated to Dumfries and Galloway by the financial secretary John Swinney.

The £1500 sum per household / business from the Scottish Government is much larger than the £500 grants being made available in Cumbria by David Cameron.

“Locals who have suffered from the flooding need this money now. The council should publicise it and make it easy to claim – instead leading Labour councillors are being deliberately misleading about flooding money and not mentioning the extra funds available let alone how to claim them. The danger is that this money will not go to individuals who need it and will be kept by the council.

“The contrast in the websites of Dumfries and Galloway and Cumbria councils is striking. Cumbria County Council website tells people about the UK government fund and how to claim it, indeed it offers to pay the £500 directly into their bank account! Dumfries and Galloway doesn’t mention the Scottish Government money let alone how to claim it. This is very worrying as there is likely to be more Scottish Government money coming in the wake of Storm Frank – as announced by the First Minister in parliament this week.

“I suspect this is all about politics – the Labour councillors who run Dumfries and Galloway don’t want to give any credit to the Scottish Government and they want to keep the extra money for their own pet projects. As we have seen with regards to the debate over the Dumfries Whitesands, many of these pet projects have failed to win local support.”

Ms McAlpine also accused Labour of double standards when their Scottish environment spokesman condemned the SNP for giving councils local responsibility for flooding – at the same time as local Labour politicians argued the opposite.

“I was astonished to read a Labour press release this week from their environment spokesman Sarah Boyack which said:

‘Responsibility for flood defence investment was transferred back to local authorities by the SNP Government, something which Ms Boyack argued against at the time.’

"It seems it is Labour who are the party of centralisation! But at least Ms Boyack has confirmed that the council is the responsible organisation, allowed to set its own priorities for flooding as part of its overall budget allocation.

"Labour should start to live up to the responsibilities they have in Dumfries and Galloway and get their finger out.

“Instead of political point scoring they should welcome the extra £700,000 they received from John Swinney and ensure it goes where it is needed most. I would urge everyone badly affected by the flooding to call the council and ask how they can apply for this help.” 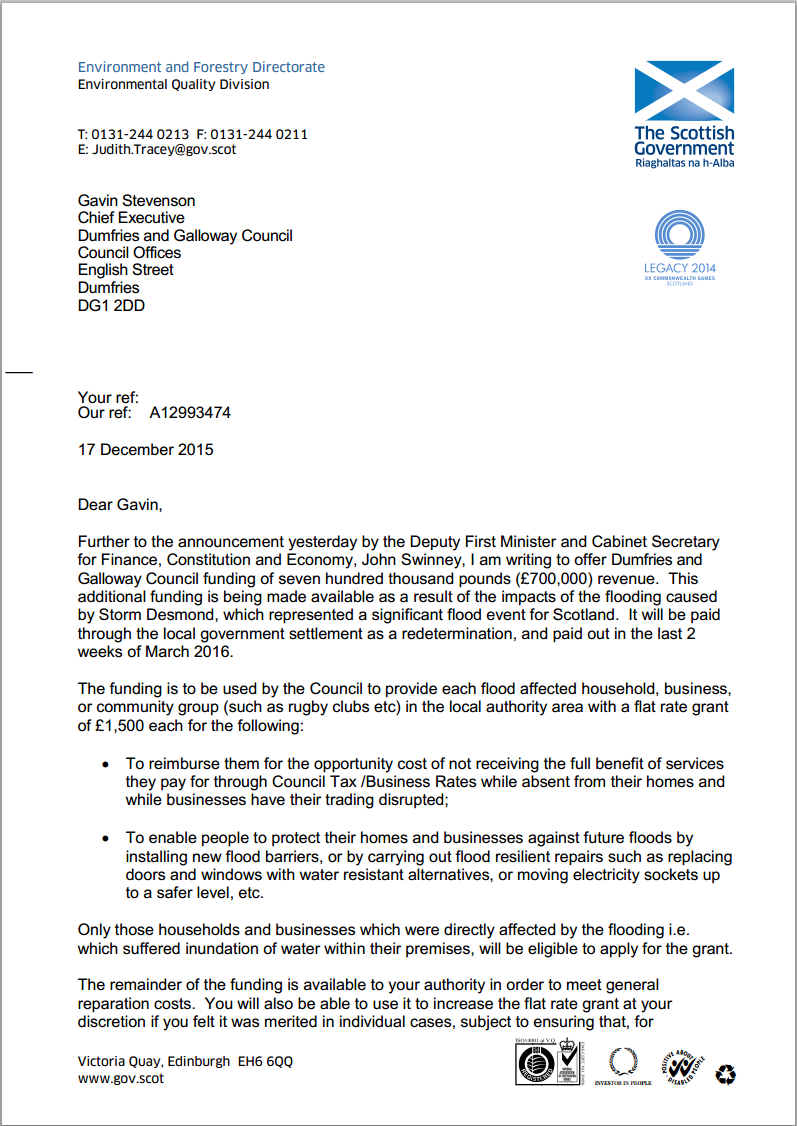 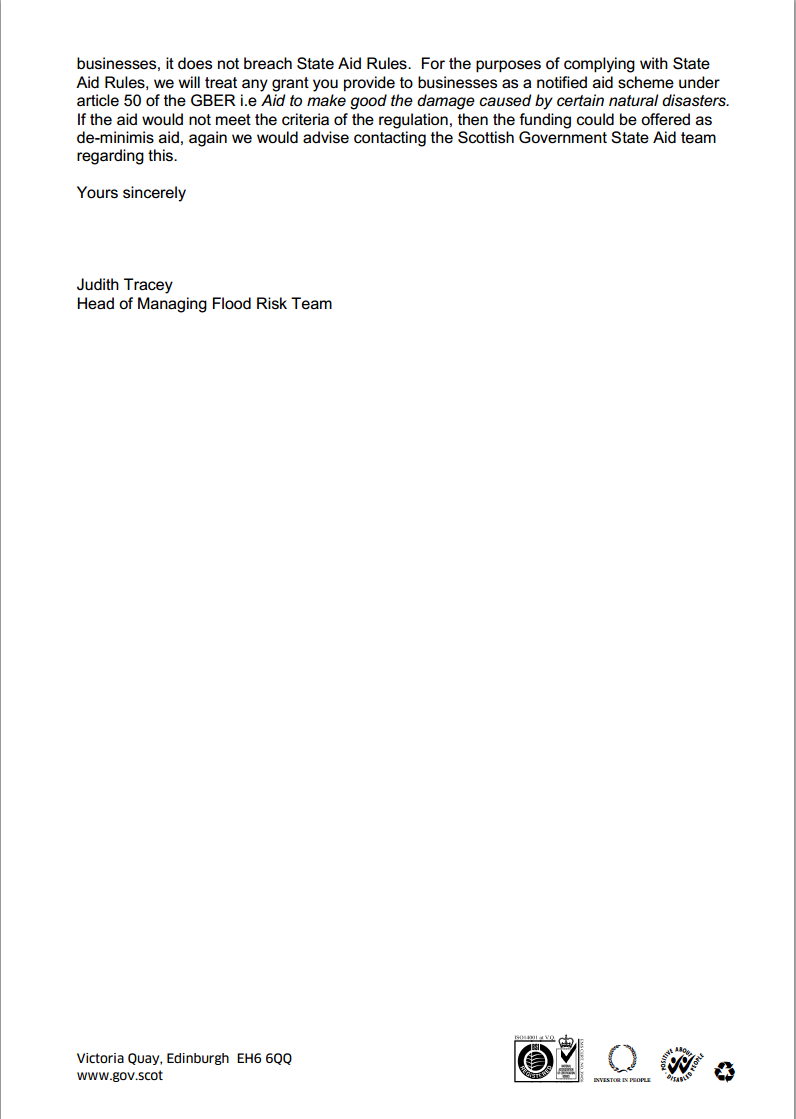