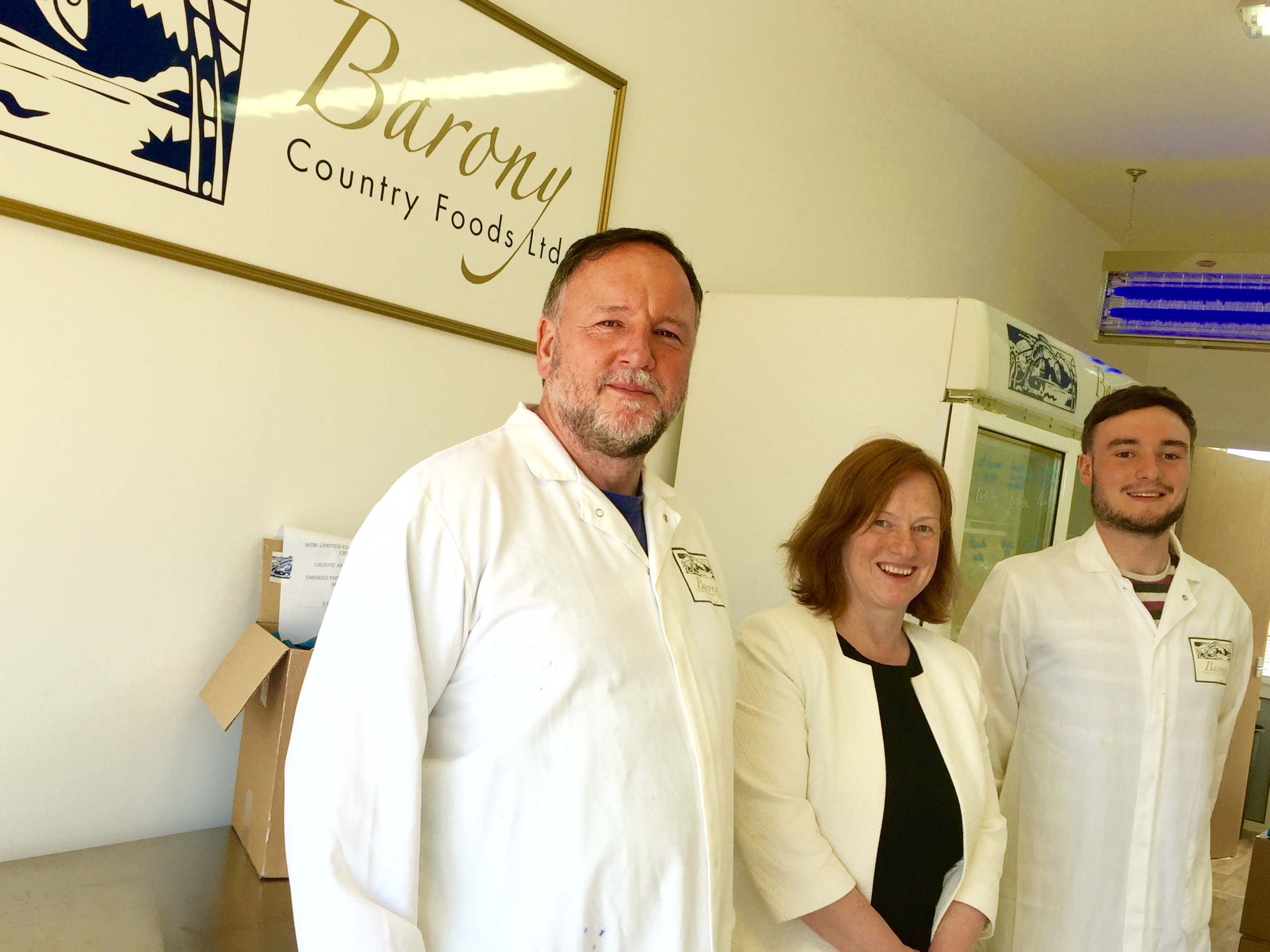 MSP Joan McAlpine yesterday praised Barony Country Foods for its part in making Scotland "the land of food and drink" after visiting their new premises in Lochmaben.

The company, which has its own traditional smokehouse and offers salmon, venison and a wide variety of poultry and game, recently moved to the town from their original premises in a converted farm steading on the River Ae.

The new unit in Lochmaben is more accessible and the farm shop has seen a sharp increase in counter trade. Run by Ronnie Graham and his son Alasdair, Barony was founded 1990 and the move to Lochmaben marks a new chapter in its history.

"The food and drink industry is one of the strongest performing sectors in Scotland’s economy and we are blessed with some of the best produce in the world. Barony is a great example of that success, which is celebrated in the Scottish Government's 2015 Year of Food and Drink.”

Ms McAlpine saw the smokehouse which uses locally sourced oak and learned about Barony's range of customers, including leading chefs locally and across the UK. Barony also take orders over the internet.

"It was a fascinating visit to a hardworking, local family business which has focus on quality. It's small, niche businesses like Barony that are the engine of the local economy and deserve every support."

Picture: Joan with Ronnie Graham and his son Alasdair, of Barony Country Foods.