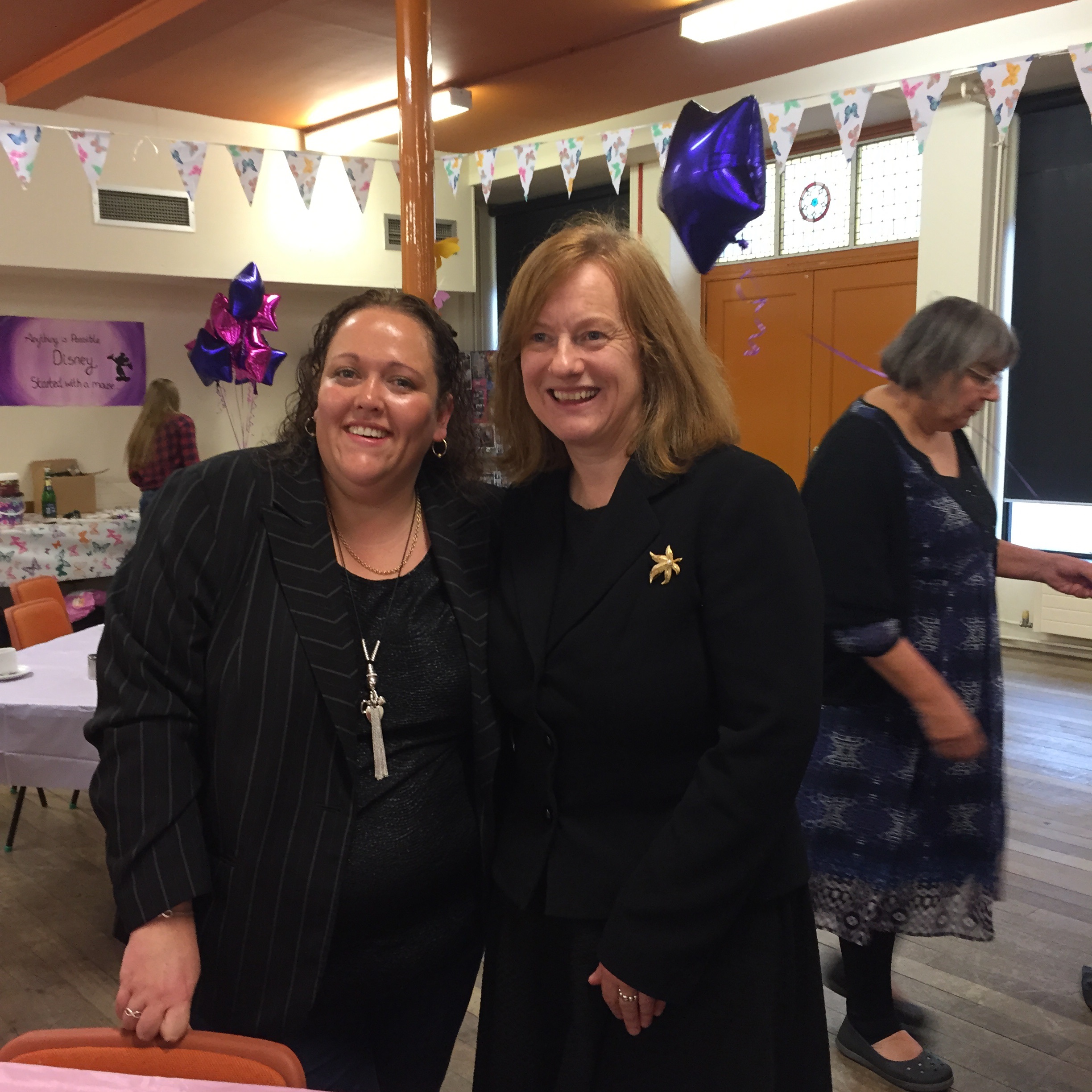 MSP Joan McAlpine joined in the celebrations at Annan Day Centre for a special 10th birthday lunch on Monday.

Ms McAlpine praised Emma Irving and her staff and volunteers for their dedication and the hard work they put in to make the centre a success.

The room and the tables at the Day Centre are decorated with butterfly symbols. Ms McAlpine said the butterfly symbol of the day centre was a perfect way to celebrate older people –“we all live through several stages of life, each one just as fulfilling as the other.”

“Too often we hear about the ‘demographic time bomb,’ which suggests that surviving into old age is a problem, when in fact it should be celebrated.

“Older people make up the vast amount of volunteers because they have the time and the expertise to devote to community activity.

“What I noticed was that it was older people themselves who founded the day centre and who ran its committee.”

Ms McAlpine has campaigned in support of the day centre in the past and noted that the average age of those attending was younger than the other day centres in Dumfries and Galloway.

She suggested that this too was positive and should be encouraged because it prevents problems developing.

“Social isolation is a problem for older people as families move away in search of work.

“The Day Centre is like a social club that offers social interaction, physical activity, nourishment and mental stimulation through its outings and activities.

“Emma and the staff and volunteers should be rightly proud of all they have achieved.”