Ms McAlpine has written to Transport Secretary Derek Mackay to ask him to urge ScotRail franchisee Abellio to make good on their promises of refurbished trains, at-seat catering, enhanced timetables and increased community opportunities. Abellio was awarded the contract to run the ScotRail services last year and the Glasgow – Dumfries – Carlisle route is among the services they now have responsibility for.

“Dumfriesshire has traditionally been very poorly served by rail operators and so I was optimistic that Abellio’s promises to improve rail provision on the Glasgow – Dumfries – Carlisle would be a priority.

“Rail passengers in Dumfriesshire, particularly commuters, have waited long enough for these promised improvements. It is time we saw real progress being made to increase access to rail services and to make good on their promises of improvements in passenger comfort.”

Abellio committed to making certain improvements across Scotland’s rail network during the tendering process. Among the promises made were:

Joan's letter to the Transport Minister is copied below: 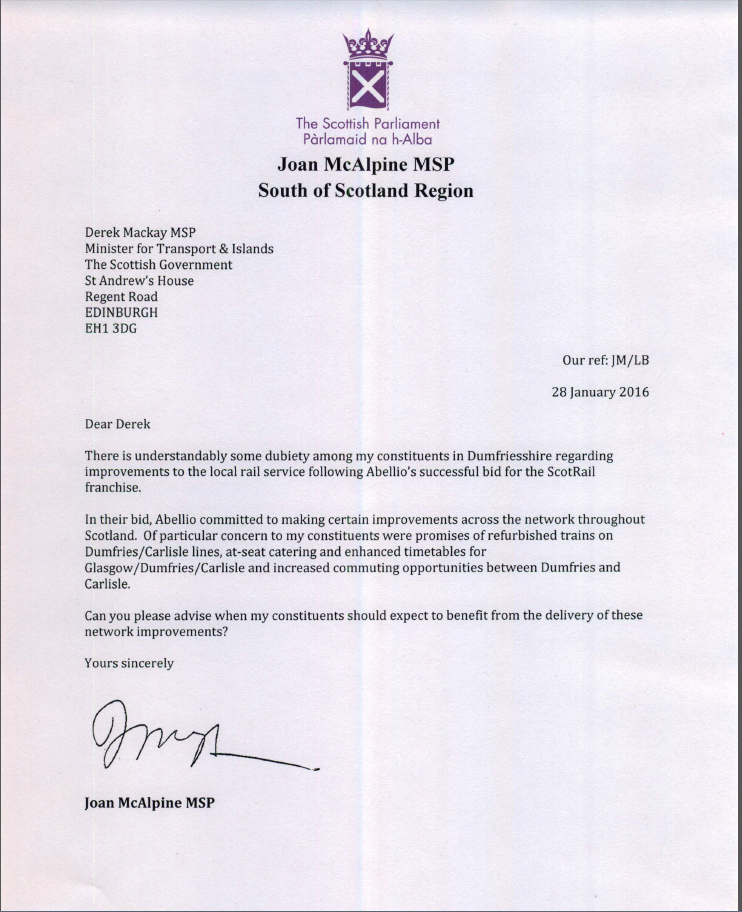