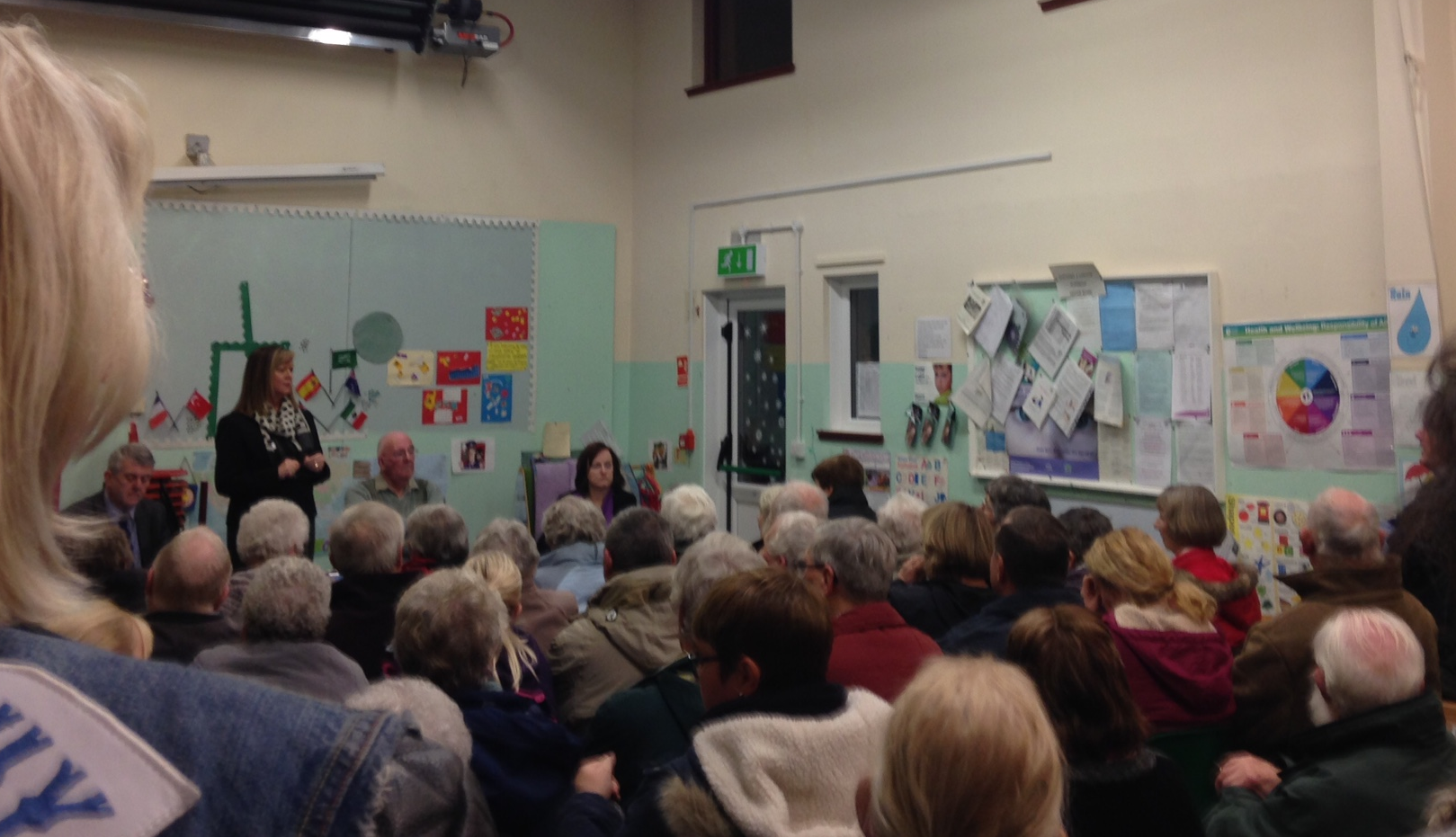 Joan McAlpine has demanded to know whether the proposed relocation of the Post Office in Eastriggs is already a done deal after attending a highly charged public meeting in the village on Monday evening.

Ms McAlpine has already written to the head of the Post Office, Paula Vennells, and to the UK Government Minister in charge, Sajid Javid MP, asking that the process be halted and the move to the Spar shop reconsidered. She said communication from the community at Eastriggs showed that the consultation process for the move was flawed because it was based on misleading information.

During the meeting, which was organised by Eastriggs, Dornock and Creca Community Council, Ms McAlpine challenged Post Office representatives about the way they were representing the situation.

Ms McAlpine also listed a number of services that would be lost from Eastriggs Post Office if the proposed move went ahead. These include the loss of Parcelforce, the loss of the ability to cash cheques and the loss of vital services provided by the postmaster’s wife to many pensioners in the village who are housebound.

Local residents also raised a number of serious issues at the meeting including:

“At the meeting the Post Office gave the impression that they are not listening to the people of Eastriggs and they implied that the move to Spar is a done deal. This isn’t acceptable. The Post Office must show that this is a genuine consultation.

“We should be very clear that the Post Office is wholly owned by the UK Government, and UK Government Ministers are ultimately responsible for the decisions like this. That is why I’ve written to the Minister to ask him to reconsider the move.

“It is the UK Government’s withdrawal of subsidy from the Post Office that is behind these changes. This is particularly disappointing in light of the promises that were made during the referendum to the Scottish people. We were told that the British services provided by the UK Government were part of a ‘union dividend’. It is very clear that they are not and that the people of Eastriggs are being badly let down.”

Ms McAlpine has written to the Community Council offering her full support and is demanding that the Post Office come clean about any decisions that have already been made.