An MSP has called on the energy regulator Ofgem to look at ways of funding the undergrounding of any electricity transmission line through Dumfries and Galloway.

Joan McAlpine MSP has written to the regulator, which answers to ministers at Westminster, asking them to make money available for undergrounding – as has already been done for National Parks in England and Wales affected by pylons.

She also revealed that Ofgem were considering putting new transmission upgrades out to tender – after they shared their plans with the Economy, Energy and Tourism committee of the Scottish Parliament.

Ms McAlpine has now asked Ofgem to ensure any tendering process - should it go ahead - includes costings for undergrounding the line, which runs from Ayrshire to Carlisle through large stretches of Dumfries and Galloway.

Ms McAlpine pointed out that while the pylon plan has been put forward by Scottish Power Energy Networks, who are legally responsibility for maintaining the Grid, it is Ofgem who will decide whether it is needed and how much can be spent on the upgrade.

The undergrounding of lines is more expensive in the short term, but can save money over time due to not being affected by severe weather.

Ms McAlpine said she had also asked the regulator to meet constituents affected by the proposed line.

“Ofgem will have a key role in approving both the need for this line and its costings should it go ahead.  SPEN operate within a budget set by Ofgem.

“So it’s vital that Ofgem engage with the affected communities before coming to these decisions.”

Ms McAlpine was at a meeting of the Scottish Parliament’s Economy Energy and Tourism Committee in June when Ofgem’s representative, Kersti Berge, said they were considering putting onshore transmission upgrades out to tender.

“This announcement came as a surprise. But putting the line out to tender could encourage bids that offer undergrounding, perhaps using innovative technology. It’s certainly worth asking.  I have also asked Ofgem whether Dumfries and Galloway will receive money to underground the line - something that I understand has already been done in England and Wales where Ofgem set aside £500m to underground lines through National Parks.

Ms McAlpine recently met the protest group Dumgal Against Pylons, who gave her  a presentation of an alternative proposal which would incorporate a combined sub-sea and underground system.

“I have written to the Head of Ofgem in Scotland and offered to facilitate a meeting in the hope that officials will at least get to hear my constituents’ concerns. At the very least they should be given the opportunity to present their alternative plan, which for consideration by the regulator.”

Joan's letter to Ofgem can be found below: 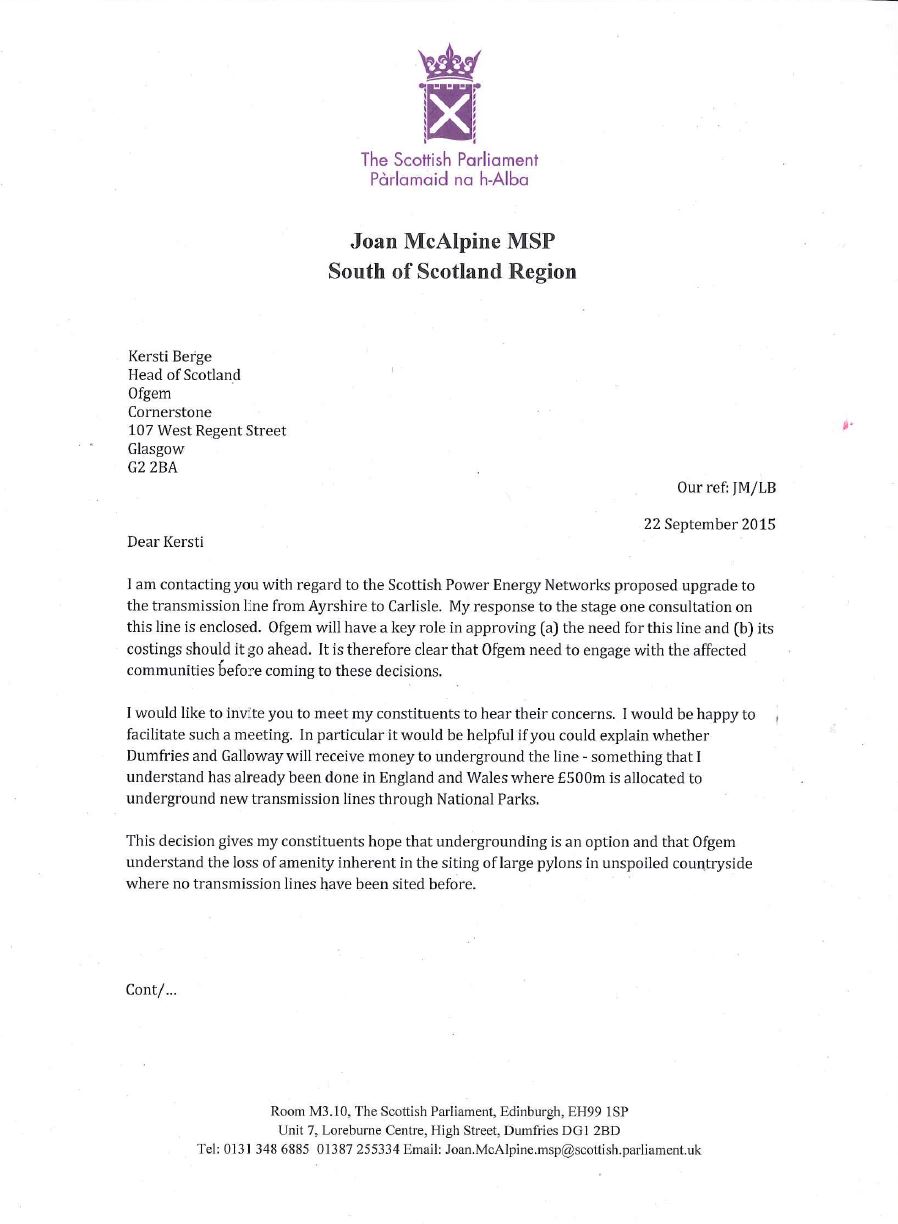 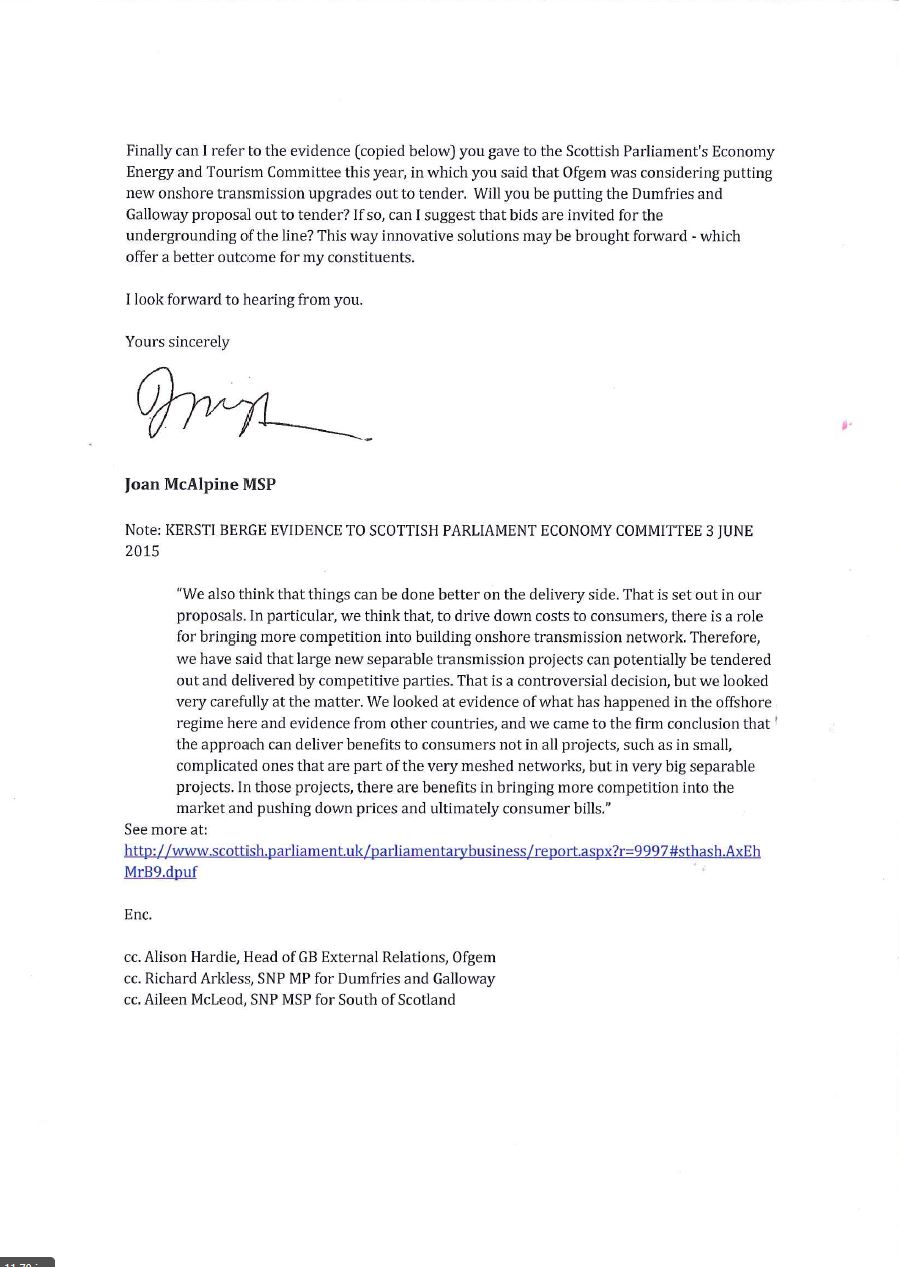