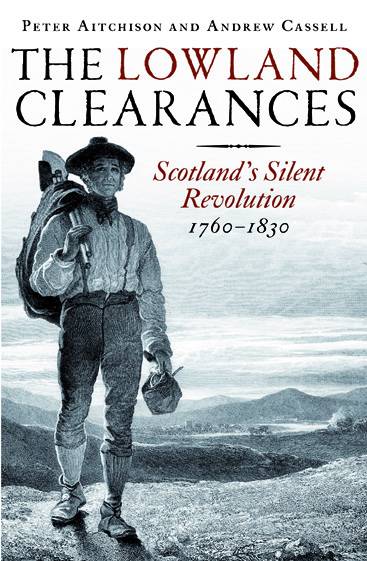 South of Scotland MSP Joan McAlpine has added her support to an online petition calling on publishers Birlinn to reprint a book that is “important for understanding our region”.

The petition, which has attracted almost 600 supporters within a week, asks for a re-print of Peter Aitchison and Andrew Cassell’s “The Lowland Clearances”. The authors recently presented research from the book at a sold-out event in New Galloway. Many attendees were surprised to learn the book was unavailable to purchase due to a publishing decision by Birlinn.

An online petition was set up by community activists who contacted Ms McAlpine for her support.

“The Lowland Clearances had very significant social and economic implications for Dumfriesshire.”

“This research is important for understanding our region.”

The authors contest that it is impossible to understand the Highland Clearances without knowing that they were preceded by the Lowland Clearances, which began in Dumfries and Galloway in 1724 when it took an entire regiment of soldiers 9 months to suppress an armed uprising against enclosure.

“I had the good fortune to have been involved in the original influential radio series which was the progenitor for this book.

“The decision of the publisher not to reprint it again is incomprehensible. Birlinn should think again!”

Local historian Alistair Livingston, whose own research on the Galloway Levellers was essential to the book project, said:

“Birlinn are now seriously considering a reprint, but the closer we get to our 1000 signature target, the more seriously they will be considering it.”

The petition is online here.