MSP Joan McAlpine was joined by the Scottish Government’s Minister for Employability and Training, Jamie Hepburn, at an event to encourage school leavers into STEM related jobs on Friday (April 20th).

The fair highlighted the many employment opportunities in the region for young people to work in science, technology, engineering, and maths related careers – and introduced them to local employers.

The networking event – held at Easterbrook hall - was part of the work being undertaken across Scotland under Developing the Young Workforce - a Scottish Government Initiative to reduce youth unemployment.

“I was blown away by the number of young people and range of employers at Friday’s event. 16 schools, 320 students and over 20 businesses took part. Jamie Hepburn – Scotland’s Employment Minister was there too and I know that he was really impressed by what he saw.

“Local employers like Cochrane were at the event, as were Arla and Brown Brothers.

“It was also great to meet Gary Mitchell, local dairy farmer and Vice President of NFU Scotland - who has recently launched a Modern Apprenticeship in dairy skills.

“I have been talking to Gary about the need for training in his industry for years, and it’s great to see that as a result of his hard work there is now a focussed career path for young people into the industry.

“Events like these are valuable because they allow school children to engage with employers at a younger age, rather than waiting until they leave to start thinking about what career path they might take.

“Too many young people think that they need to leave the region to find the right career path, but there are a lot of opportunities on their door step.

“The engineering sector has already been launched – and local engineering companies are coming together to discuss their training needs and solutions. This approach then allows colleges to ensure that courses and apprenticeships are tailored to meet these needs.

“This approach was of great interest to the minister when he was briefed on it and he was obviously very impressed.

“I saw how well the sectoral approach works earlier this year when I visited Kelwood Engineering during Scottish Apprenticeship week.  The company does a lot to boost job opportunities locally, and takes apprentices from local schools and colleges.

“It was great to hear from young people and employers alike that they feel apprenticeships are a good way forward and really do boost their careers.” 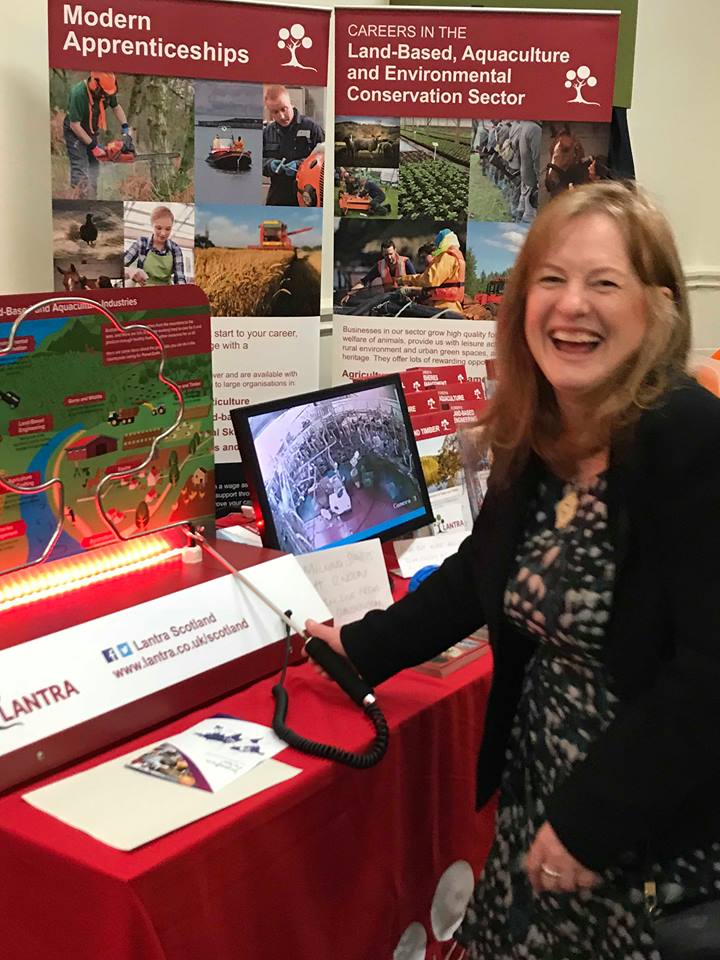