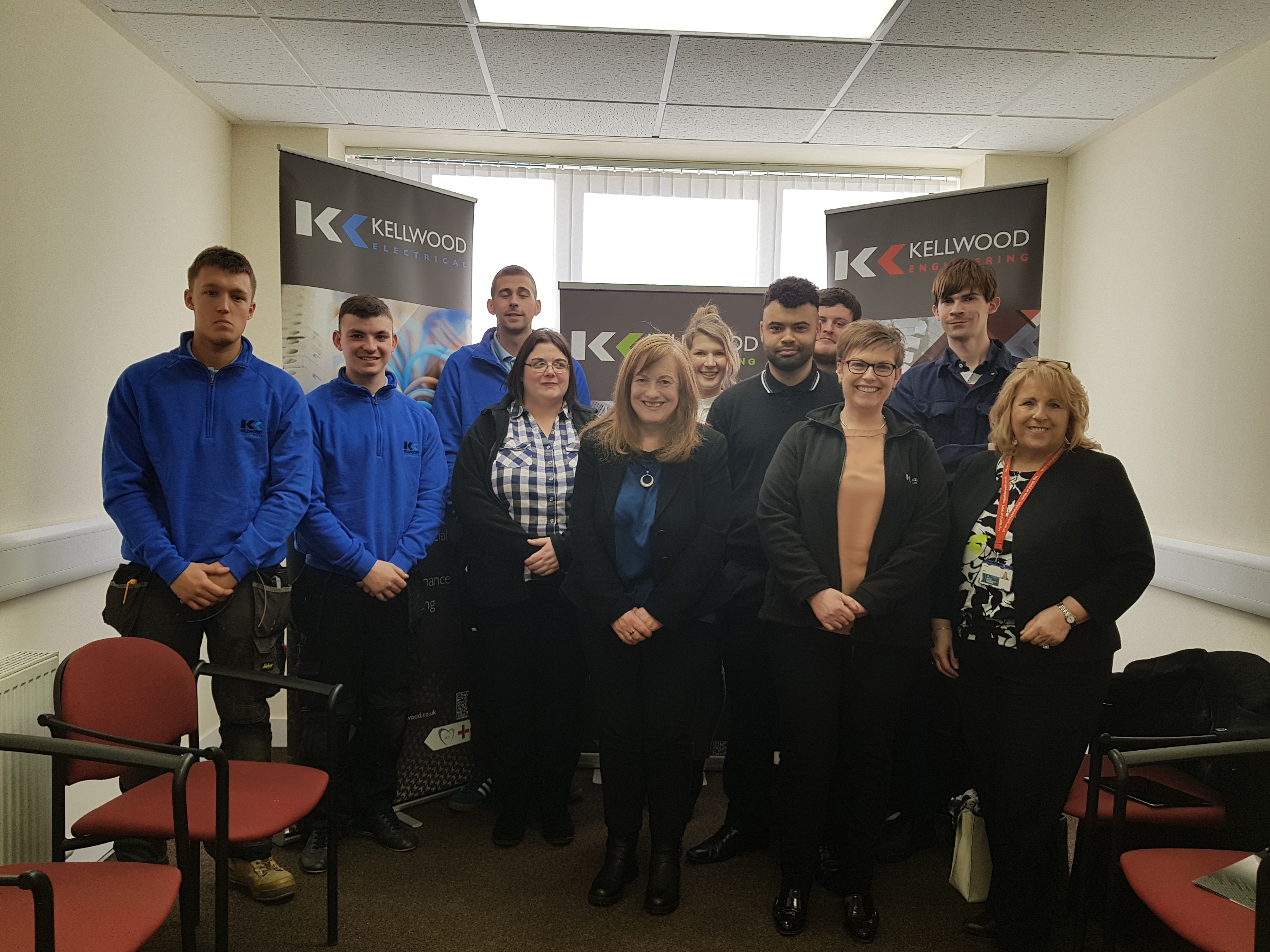 Ms McAlpine praised Kellwood Engineering for their commitment to young people in the area.

The company, which was founded in 1985, has ‘people matter’ as one of its core values and aim to invest in people as much as they do in capital.

The SNP government is committed to increasing the numbers of modern apprenticeships across the country.

Over 10 years in government the SNP has supported 7000 Modern Apprenticeships in Dumfries and Galloway – an increase of almost 60% since 2007.

“It was great to meet with the young apprentices and hear about the work they are doing and the qualifications they are working towards.

“Kellwood offers great jobs in the area and I am happy to support the work they are doing and particularly the opportunities they are offering young people locally.”

“It is great to see that young people and employers alike really feel that apprenticeships are a great way to boost their careers.

“It is a priority of the Scottish Government to deliver 30,000 new apprenticeships by 2020 – which we remain on course to do.

“The fact we have over 500 more Modern Apprenticeship starts than the same time last year is great news to kick off this year's Apprenticeship Week."