SNP MSP Joan McAlpine has thrown her support behind the Walking Football Festival – a charity fundraiser held by Gretna FC 2008.

Ms. McAlpine donated special football, signed by members of the Gretna FC team from the club’s final 2007/08 season.  The ball will be auctioned with proceeds being donated to Prostate Cancer UK through the festival.

Gretna 2008 is a fans initiative football club set up in 2008 after the sad dissolution of Gretna FC.

In 2013, Gretna 2008 was a founding member of the Scottish Football Lowland League and it is there that the team plies its trade.

Gretna 2008 whilst not a direct continuation of Gretna FC, trading under a different company, maintains strong links with the former club.

Gretna FC was a football club founded in 1946, before enjoying a meteoric rise in the 2000s and achieving promotion to the Scottish Premier League in 2007, as well as making a Scottish Cup Final appearance in 2006.

The Anvils, as Gretna are known, joined more than 45 other walking football clubs across the UK in hosting similar events this September:  all in a bid to raise funds to help tackle prostate cancer; the most common form of cancer amongst men.

“This festival is an admirable initiative in support of a very worthy cause.

“There is a poetic symmetry to the auctioning of this football in aid of Gretna 2008’s festival.  Though the dissolution of Gretna was a big loss for the local community, it is wonderful to see that the spirit of the club has endured.

“I would encourage everyone who is able to participate to do so.  The work the money is going towards could prove invaluable.”

The festival was held at Raydale Park on Sunday the 30th September 2018. 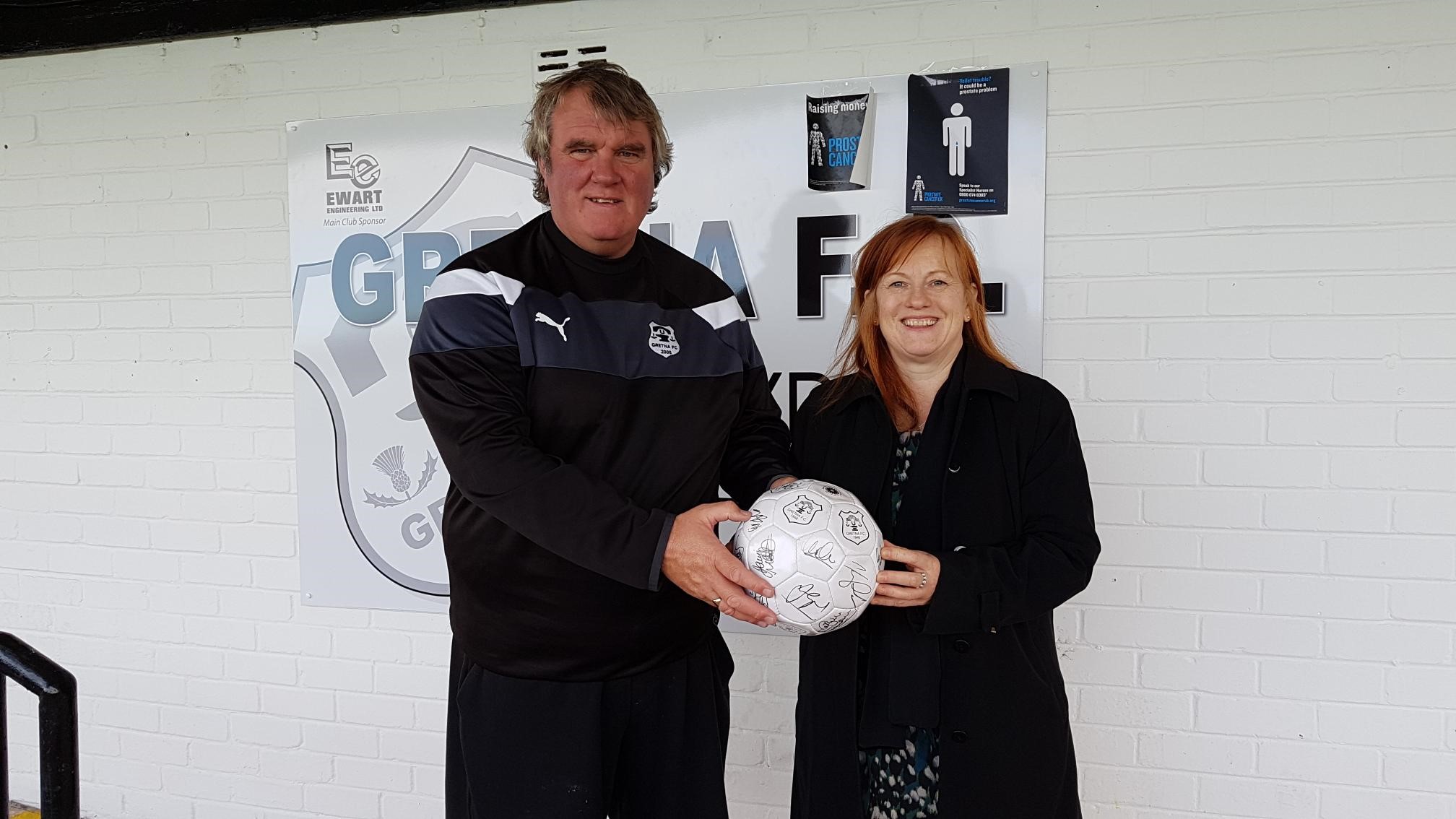