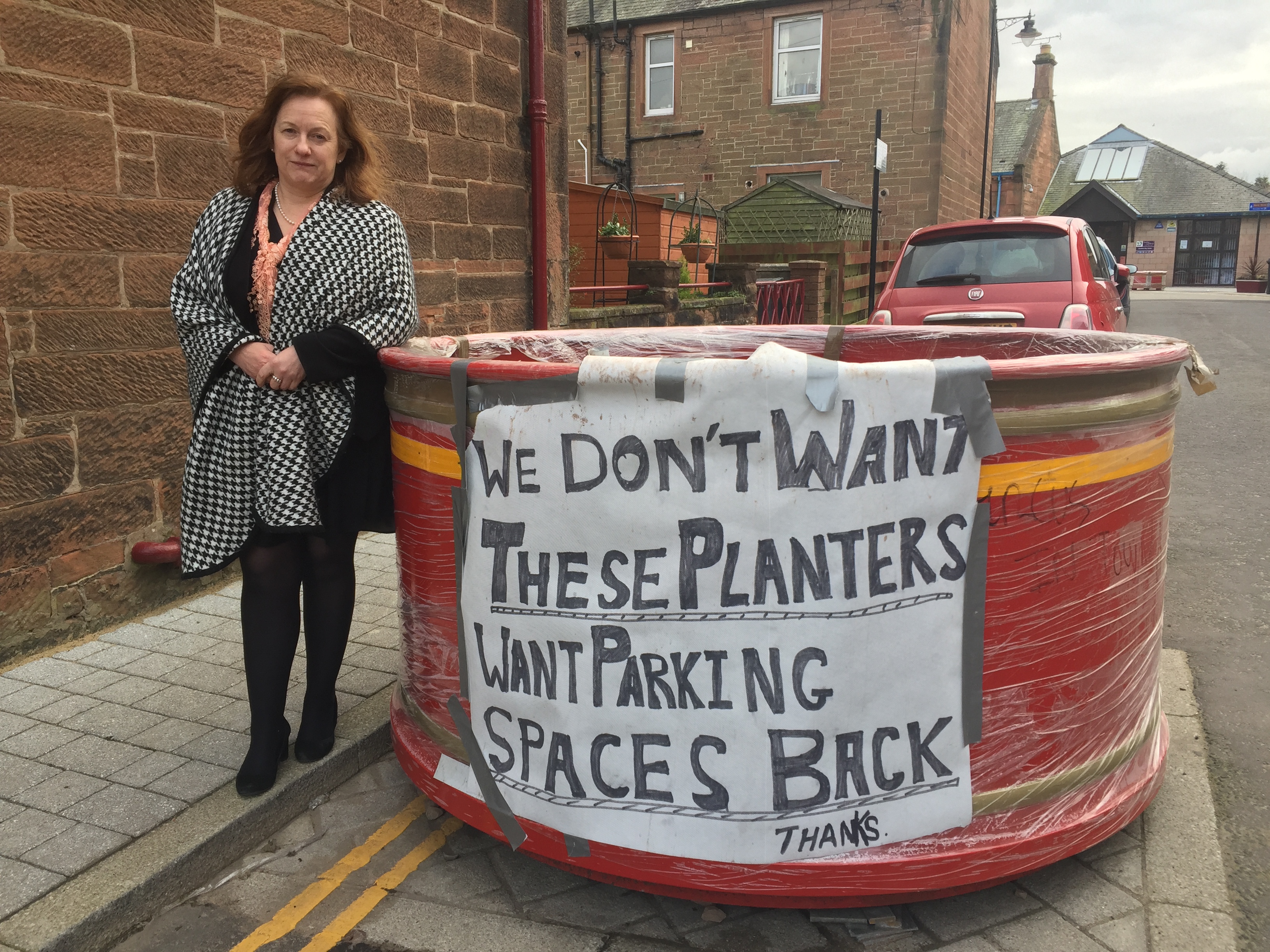 An MSP has written to the Council and Sustrans to request the removal of planters which recently appeared on Queen Street.

Joan McAlpine also raised concerns about the lack of community engagement on the issue.

The MSP was approached by constituents who are very unhappy with the large planters that have been installed.

The SNP member has been very supportive of the efforts to improve the amenity of the area, however, expressed concern that the community had not been consulted in this instance.

In a letter to the Council and Sustrans, who are responsible for regenerating the area, the MSP said:

“I am aware a great deal of work has been undertaken to regenerate the Queen Street area - most of which has been positively received by the local community.

“However, having been to see the planters myself, I am inclined to agree that larger planters are unnecessarily large and the colour combination is garish and upsets the ambience of the area.

“It is clear that a significant number of my constituents perceive that their views have not been taken on board during the consultation process - it seems to me that for some reason any exercise in community engagement has fallen short of what is required.

“More specifically, I would request you take efforts to remove the red planters in line with my constituent’s request.”