Local MSP Joan McAlpine is calling for significant investment to develop faster road and rail links to the central belt, as well as improvements to the A75.

The call comes as part of her submission to the Dumfries and Galloway Transport Summit consultation, launched on the back of the regional summit in August.

The SNP MSP, whose election campaign led to the summit, said that linking Dumfries better to the central belt, by both road and rail, would have ‘the most significant economic benefit to the whole region.’

This consultation will help inform the Scottish Government’s refreshed National Transport Strategy – a document that will dictate transport priorities across the country.

“Sadly the region has been let down by successive Westminster governments back when money for capital investments was plentiful - leading to decades of underinvestment in the region’s infrastructure. Fixing this will not be done overnight.

Ms McAlpine’s submission to the consultation has been determined by listening to views from constituents across the region.

Since the summit, the MSP has been putting pressure on SWestrans and the Council to show leadership and set out their priorities for the region, by ensuring fully costed plans are ready to be submitted to the National Transport Strategy.

She said: “I hope SWestrans and the Council do not squander this opportunity to re-assess local transport priorities and get them included in the National Transport Strategy.”

“It is imperative we take advantage of being first on the list and make sure that we push to get our priorities recognised.”

Joan's consultation response is copied below. 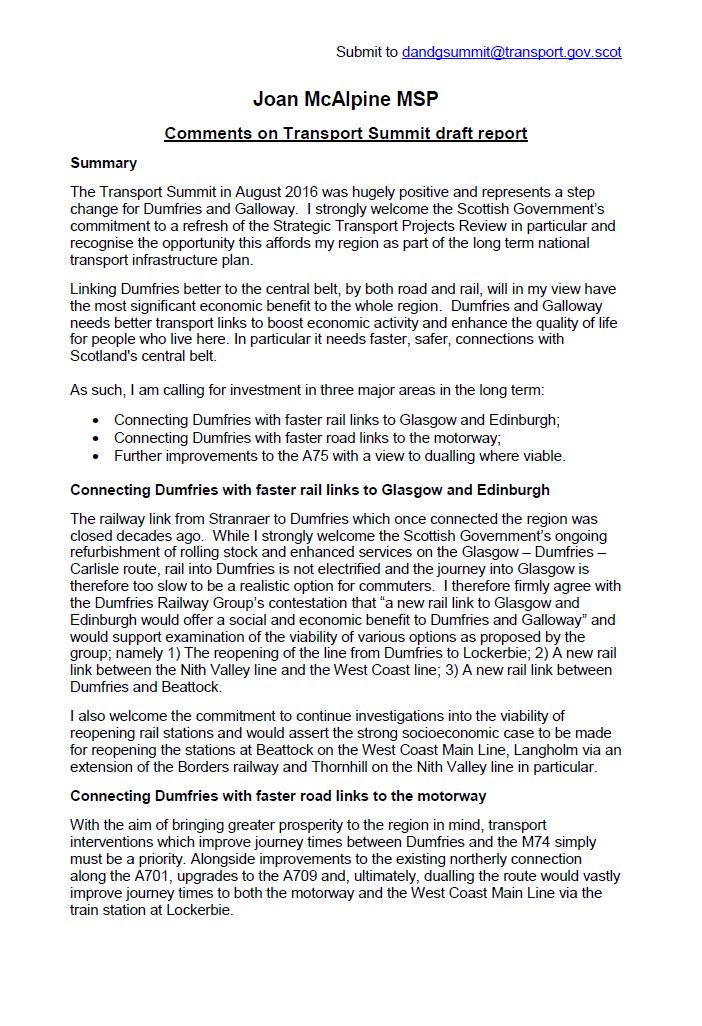 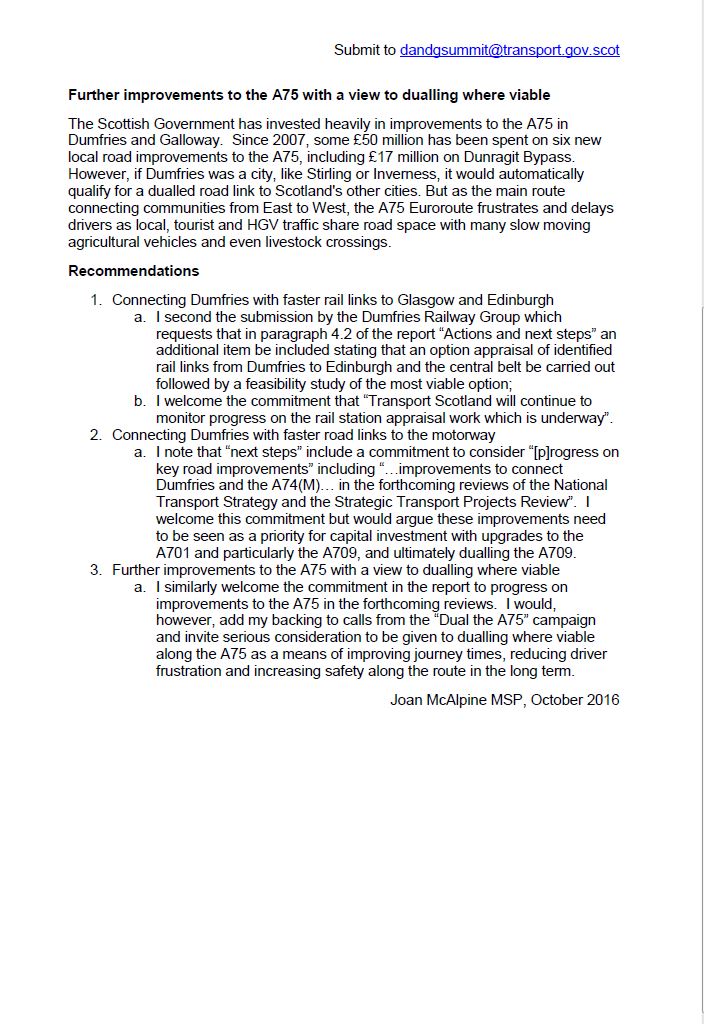