McAlpine presents A76 petition to Minister 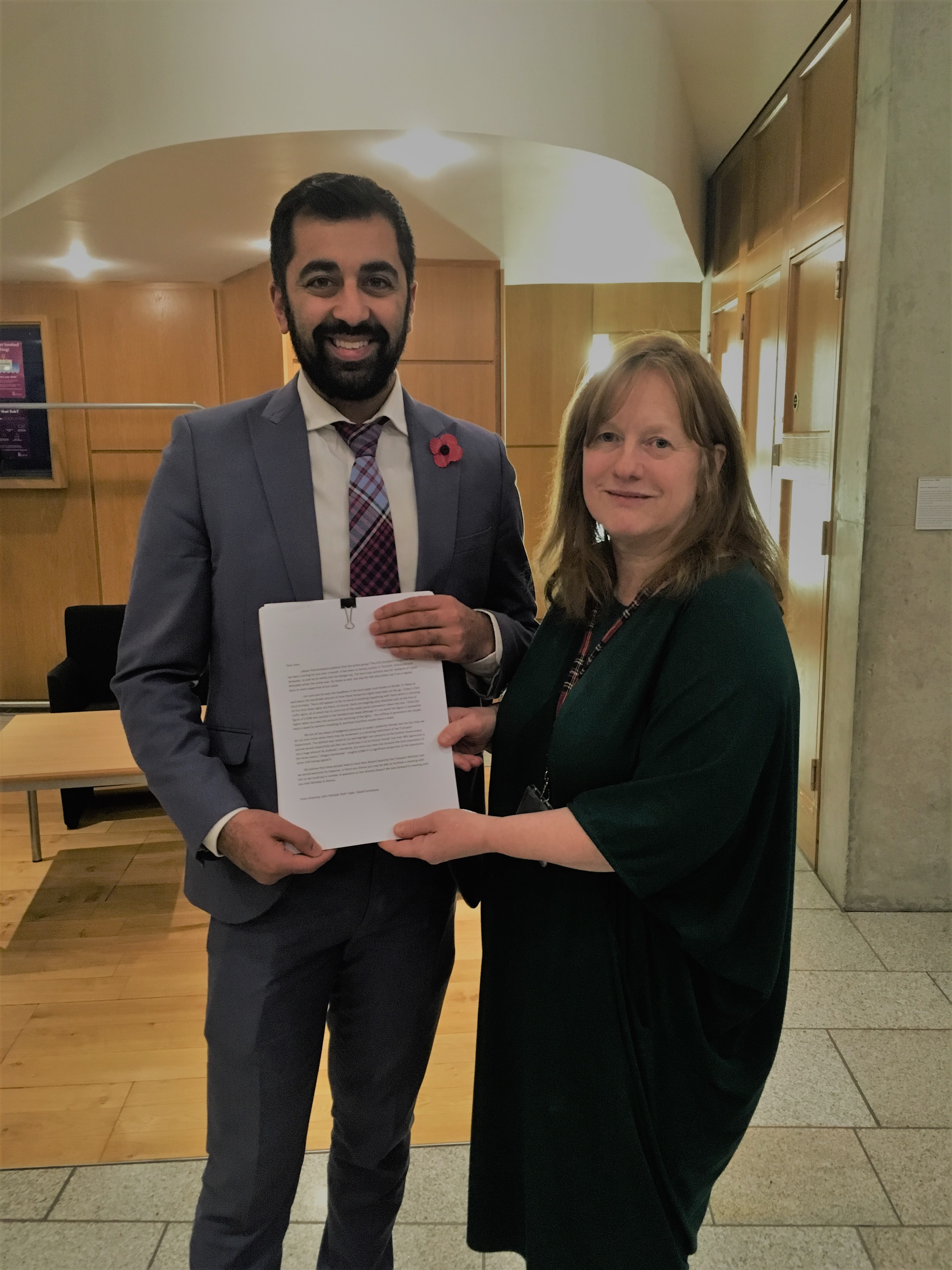 SNP MSP Joan McAlpine this week presented Transport Minister Humza Yousaf with a petition calling for the removal of traffic lights on the A76.

The petition – organised by community councillor John Holroyd – calls for action to repair a landslip at Enterkinfoot, which has resulted in temporary traffic lights in place for three years.

Running for just over a month, the petition has gathered more than 800 signatures.

The community were keen to alert the Scottish Government to the situation – and to demonstrate the strength of feeling on the issue.

“The traffic lights at Enterkinfoot have been in place for three years now, awaiting a repair to the road.

“The A76 is the main road between Dumfries and Kilmarnock; it is used heavily by lorries, other traffic, as well as young people travelling to school and college - it is clearly not sustainable to have traffic lights in place for this length of time.”

“The community are aware and understand that the Scottish Government capital budget will have faced a real terms cut of almost £3 billion between 2010 and 2020, and is under severe pressure.

“When I spoke to the Transport Minister, I explained that ideally this repair would be done imminently, but if this is not going to happen, an indication from Transport Scotland about a timetable for the repair would at least help allay fears that this is going unnoticed.”