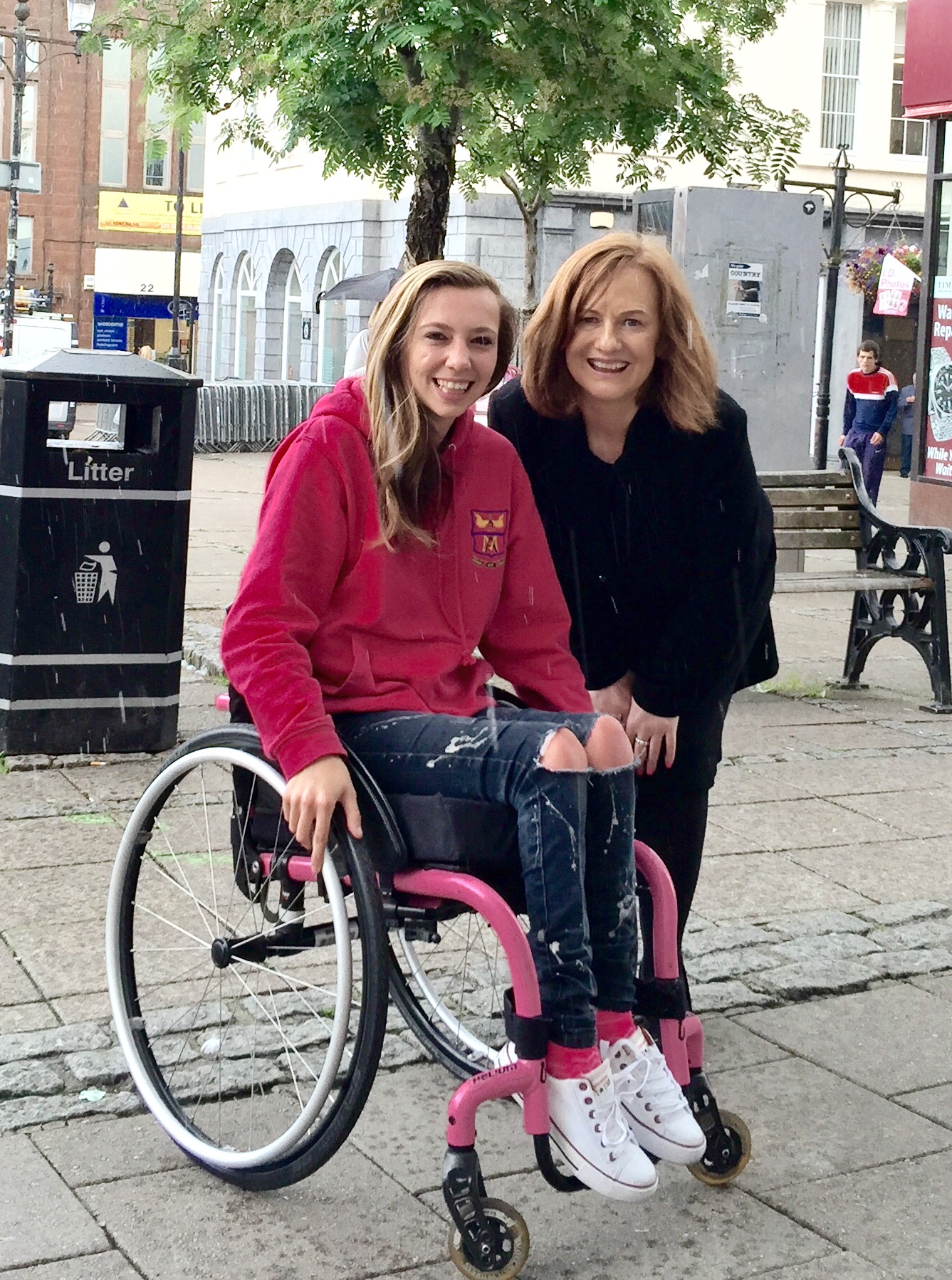 Last month, all 129 MSPs were invited to nominate a constituent who makes a positive difference to the lives of others – often with little recognition - as their Local Hero.

Joan chose Shelby as she has long stood out as an ‘exceptional young woman’ who has overcome considerable challenges to set an example to others.

On Saturday 2 July, all Local Heroes will come to Holyrood as part of the Scottish Parliament’s Opening Ceremony events to mark the start of a new parliamentary session.

“As the fifth session of the Scottish Parliament gets underway, it’s right that the people of Scotland are placed at the heart of our events.  I am thrilled to take Shelby as my Local Hero.

“Shelby’s achievements are truly inspirational.  Shelby is 18 and was born with Cerebral Palsy. This means she cannot walk and has other disabilities. She has only been wheelchair racing for a few years but has already broken international records and collected gold medals for Scotland.

“As well as conducting her own training she coaches younger children. She never lets her disability define her and is a very inspirational young woman.”

Shelby is currently raising funds so that she can compete in the Par World Challenge in Amsterdam.  To donate, visit http://www.crowdfunder.co.uk/get-shelby-to-amsterdam