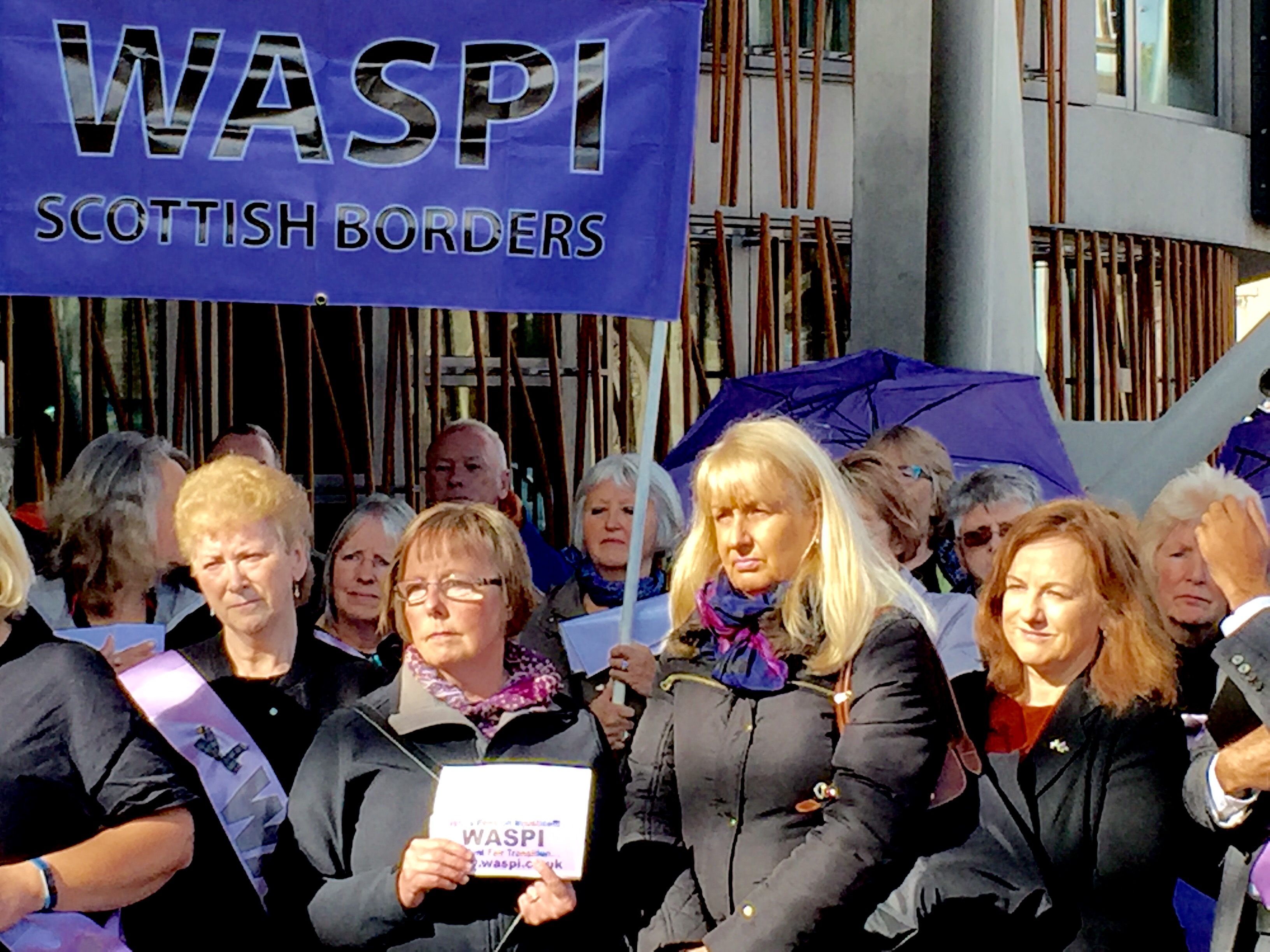 The rally received cross-party support – apart from the Tories who were the only party not to attend.

Ms McAlpine has been a constant supporter of WASPI in their campaign against the “pension injustice” created by the Westminster Government’s change to the pension age for women born in the 1950s.

“It was a pleasure to join the WASPI ladies at their rally today.

“They are right to be angry.  The Westminster Government hiked up their retirement age with very little warning.

“And there was great frustration that the Tories didn’t even bother to attend today – they are letting down thousands of women in the south of Scotland.

“These women have worked hard all their lives and spent years paying towards a pension - only to be told the rules had changed.

“The women spoke in praise of the support they have received from SNP politicians at Westminster and Holyrood.  I have previously welcomed the formation of a WASPI group in Dumfries and Galloway.  It’s vital we support these working women in their fight for justice.”

Alterations to the State Pension Age (SPA) have affected women born on or after the 6th April 1951.  Campaigners also highlight the subsequent lack of notice given to the changes by the Department for Work and Pensions (DWP).

Today’s rally outside the Scottish Parliament is  part of the WASPI National ‘Day of Local’ Action.