McAlpine commends rail campaign to Get Langholm Back on Track 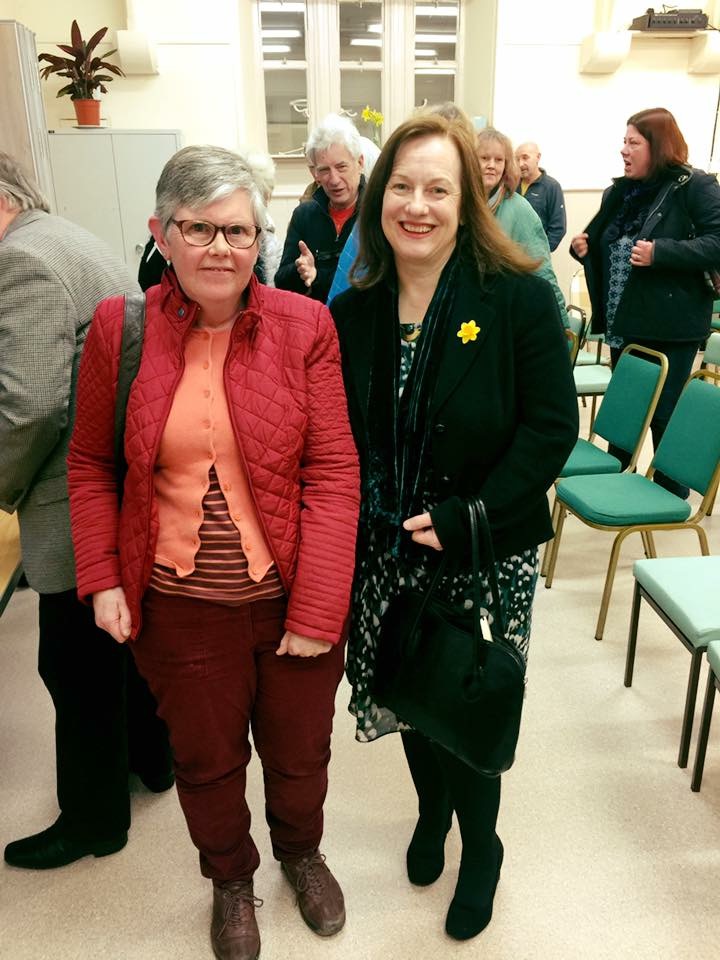 “There was a great turnout for the meeting.

“Langholm folk have achieved a great deal for the community in recent years, but they aren’t for resting on their laurels.

“Everyone at the meeting was really enthusiastic about the potential of a rail connection.  From the start the campaigners have worked really professionally and positively to progress their vision for Getting Langholm Back on Track.”

Ms McAlpine said she was particularly pleased to attend the meeting alongside her SNP colleague Sylvia Moffat, who aims to win a seat in the ward in the forthcoming local elections.

“Sylvia has bags of valuable experience campaigning with the vibrant Beattock Station Action Group – experience she will be delighted put to work for the Muckle Toon.

“I know she will put in the hours and work hard to represent people in Langholm.

“It was a shame that neither the Tory MP or MSP appeared at this meeting of their constituents.  Even the Tory councillor who was supposed to speak in their place didn’t turn up and the local official Tory candidate was a no show as well.  So much for them getting on with the day job!”