Locals turn out in Dumfries to protest trident renewal 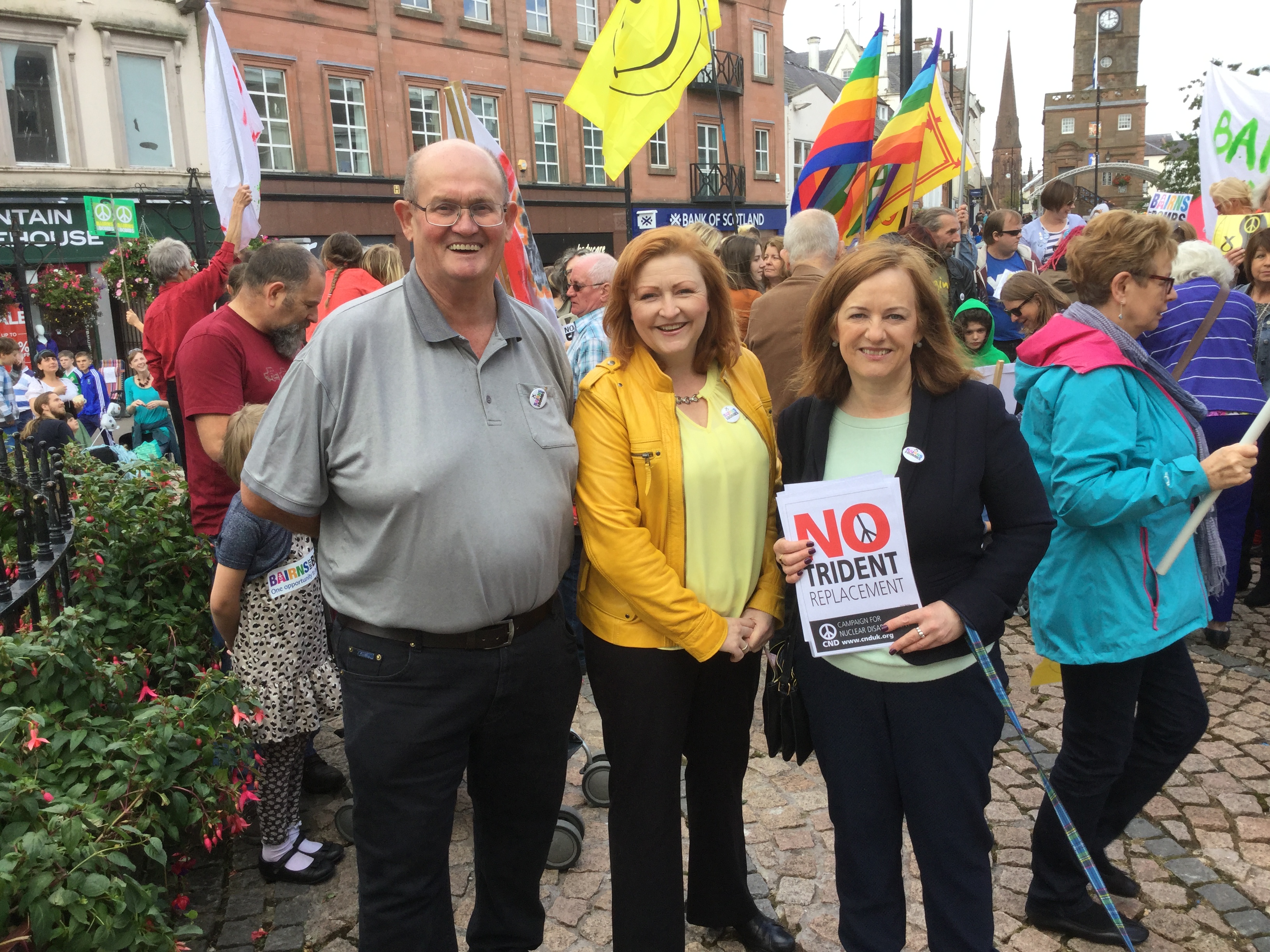 Many people gathered in Dumfries on Saturday to demonstrate against the renewal of Britain’s nuclear weapons programme.

MPs at Westminster are due to vote today (Monday) on whether to give the go-ahead to the manufacture of the UK’s next generation of nuclear submarines.

It is expected that approximately 98 per cent of Scotland’s MPs will vote against renewal.

The SNP - which will oppose Trident renewal - had called for the vote to be delayed to allow "proper scrutiny".

“All across Scotland today people made it clear what we think of spending £205 billion on a new generation of nuclear weapons. We don’t want them. They are illegal. They are immoral. They don’t protect us, indeed they make us more vulnerable to attack. Our Scottish Parliament has voted against Trident renewal. Every Scottish MP bar David Mundell oppose Trident renewal. Will Westminster dare to defy Scotland and dump these deadly weapons on us?”

“It is immoral to use weapons of mass destruction which target civilians, we have seen this with Hiroshima and Nagasaki .

“Nuclear weapons are a relic from the aftermath of WWII - when they were intended as a deterrent – they have no relevance in the 21st century. I was pleased, but not surprised to see so many people join us in Dumfries on Saturday to protest the renewal of this deadly and unnecessary weapon of mass destruction. Thousands of others did likewise across Scotland.”

“It is clear that scots do not want trident renewal, this is a relic from the past which Westminster is determined to renew in an effort to cling onto a notion of Britain as a superpower. It is beyond unjust that in these circumstances the submarines are housed just 40 miles from Scotland’s largest centre of population. It is high time Westminster started listening to the people of Scotland.

“On a more positive note, locally it is good news that decommissioned nuclear waste will not be stored at Chapel Cross, which was previously on the MoD’s shortlist of potential sites."