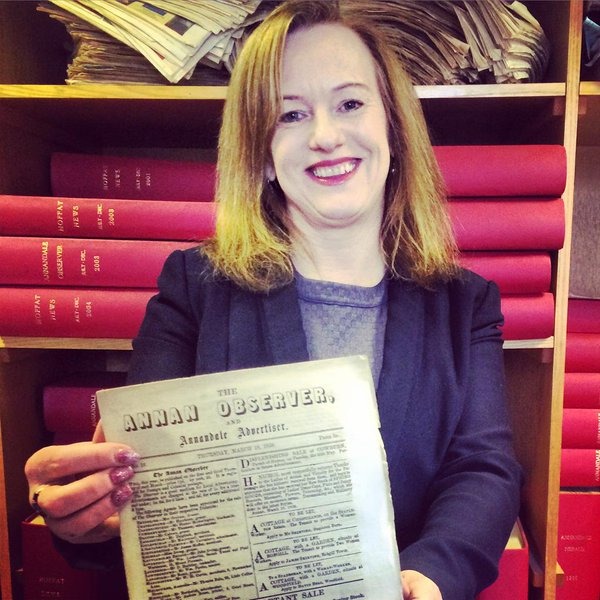 The publications of DNG Media Ltd  as well as the Eskdale & Liddesdale Advertiser have been singled out for praise in the Scottish Parliament during a debate on the future of local newspapers. The papers featured prominently in a speech by Joan McAlpine MSP.

In particular Ms McAlpine raised the importance of the independence of local newspapers, praising DNG Media Ltd and the Eskdale & Liddesdale Advertiser as examples of a local newspaper with strong community minded priorities.

The debate took place after a motion tabled by SNP MSP Graeme Dey received cross party support. The motion was triggered by concerns over the many local newspapers across Scotland being identified as ‘not part of its long term future’ by their publisher Johnston Press, describing them as ‘sub-core’. The motion commenced by stating: “That the Parliament celebrates the importance of local newspapers to communities across Scotland; believes that a well-resourced, diverse, free press is vital to democracy in Scotland and provides a type of coverage not available via other platforms…”

Speaking in the debate Ms McApline, a prominent journalist herself, described her journey from local newspaper journalist to national newspaper editor and stated:
“Local newspapers act as barometers of opinion. Many of the stories that impact widely and are discussed in the chamber begin life in local newspapers, which act as a forum as well as a mirror for the communities that they serve.”

Ms McAlpine concluded: “I support local newspapers. They are far from “sub-core”; they are the bedrock of our communities. I try to support my local newspapers through advertising my surgeries and vacancies in my office. I encourage others to do the same.

“I praise the work that local newspapers do, not only in the communities that I cover, but across Scotland.”