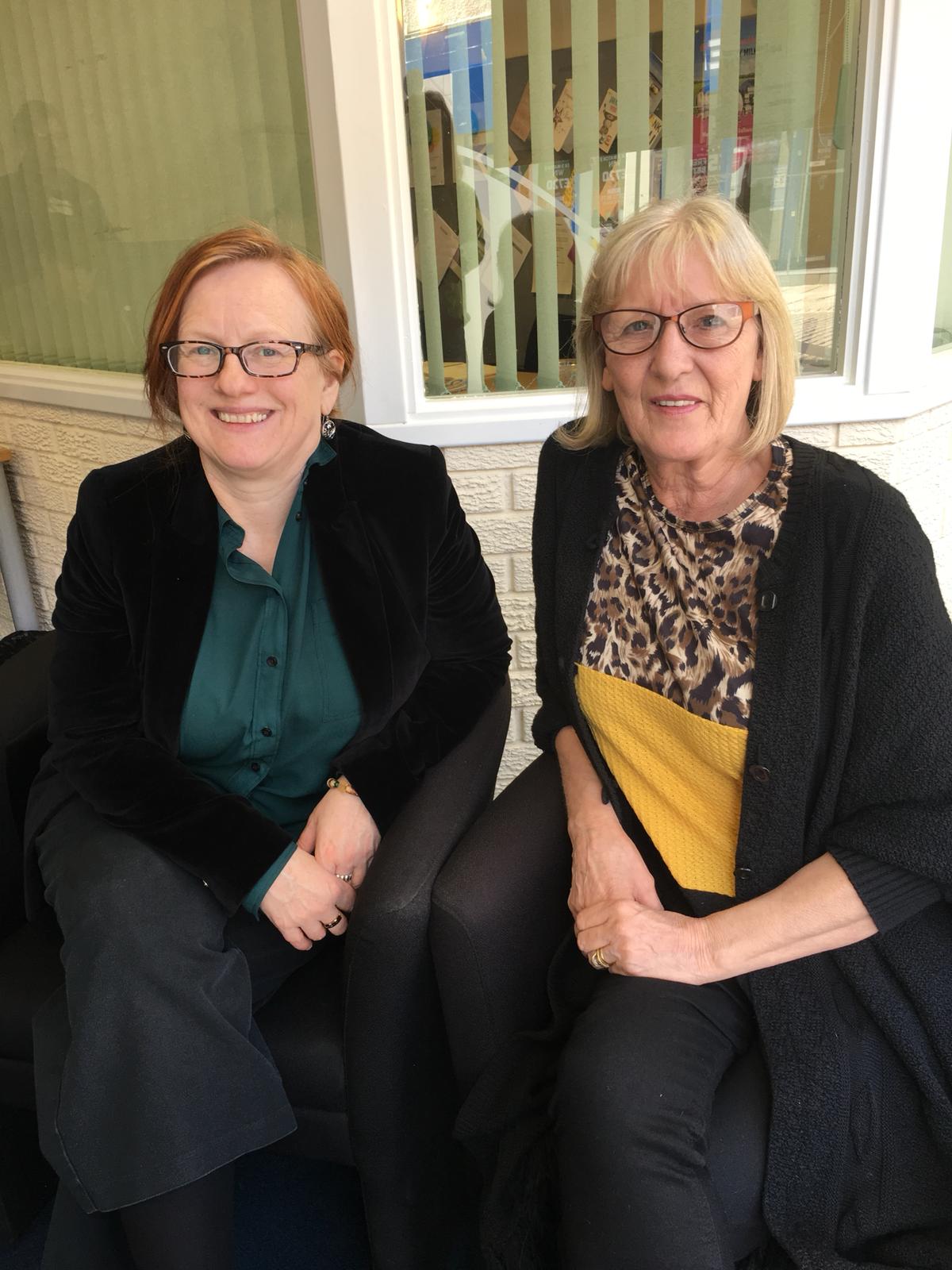 A cancer patient from Brydekirk has reached out to local MSP Joan McAlpine to ask for help promoting Bowel Cancer Awareness Month this April and to encourage others to undertake their regular screening tests.

Mrs Myra Little was diagnosed with bowel cancer at the end of January after sending off a routine screening sample in the post. She received a letter back right away telling her that cancer cells had been detected. Within seven days she’d had a colonoscopy, a week later a scan and a week after that had undergone surgery to remove the tumour.

“I’d heard stories about waiting times for treatment so was afraid when I first got the diagnosis,” says Mrs Little. “But the service I’ve had has been incredible and I was so relieved when the tumour was fully removed within just 21 days. I’m so grateful for everything the NHS has done for me and I can’t thank them enough. We’re so lucky to have such hard working, dedicated people in the NHS who care for us so well. I still have to undergo a course of chemotherapy to stop the cancer returning but I’m confident going forward that I’ll receive the best care possible.”

Mrs Little wanted to take advantage of Bowel Cancer Awareness Month to encourage others take part in the screening process. “The bowel screening kit is such a brilliant initiative, everyone should complete it so that no cases go undiagnosed. If I hadn’t sent off mine it might have been too late by the time I found out.”

“I’m delighted that Mrs Little has had such a positive experience with our local NHS, and that her treatment has been so prompt and successful. It’s great that she’s now speaking up to encourage others to carry out their tests and send them back.

“Like Mrs Little, many people with bowel cancer show no symptoms. That’s why it’s really important to undergo regular screening. The test kits are posted out to everyone on a regular basis once you reach 50. It’s been simplified so it’s really quick and easy to carry out at home yourself.

“I’d encourage everyone to send back their sample as soon as possible after they arrive through the post. It’s a free service, it’s really effective it could save your life.”

Bowel Cancer Awareness Month is an initiative promoted by the charity Bowel Cancer UK, it takes place throughout April.

More information on is available at https://www.bowelcanceruk.org.uk/support-us/bowel-cancer-awareness-month