South Scotland MSP Joan McAlpine this week hosted leading folk musicians Catriona Mckay and Christ Stout in Parliament for a debut performance of their song ‘believe in me’ – composed in collaboration with a group of two - three year old children from Drumchapel in Glasgow.

The duo performed the musical dedication to Scotland’s children, alongside their young co-writers at a reception sponsored by the MSP as part of Early Years Scotland’s 50th Anniversary celebrations.

The musical project began back in March as part of Early Years Scotland ‘2 Stay Play and Learn’ scheme – an alternative approach to nursery provision aimed at encouraging parents and carers to stay at nursery and learn with their children.

“I was delighted to host this special evening and would like to thank Chris, Catriona and the children for treating us to a preview of ‘Believe in me’.

“Their song is the result of some of the work EYS has been doing in two locations in Glasgow. The scheme encourages children and parents to spend lots of quality time together by including the parents in nursey activities.

“Parents and children bond and connect through playing and learning together, with support from fully qualified Early Years Practitioners. It is a powerful model, and I believe could trigger transformational change for children and families.

“The Early Years Scotland staff team who deliver the service are very knowledgeable about the potential barriers that some of the participating families experience, and they are respectful and non-judgemental in their approach - this allows parents to develop their skills and confidence too.

The project is run by Early years Scotland and Glasgow City Council – and It would be great to see a similar scheme in Dumfries and Galloway. 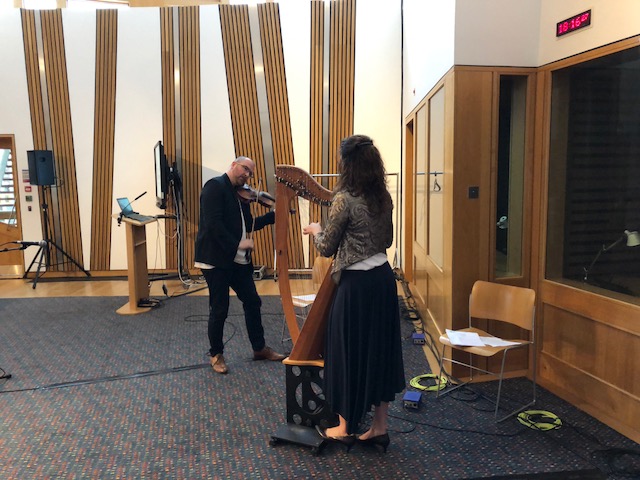