Joan McAlpine cleans up in Canonbie 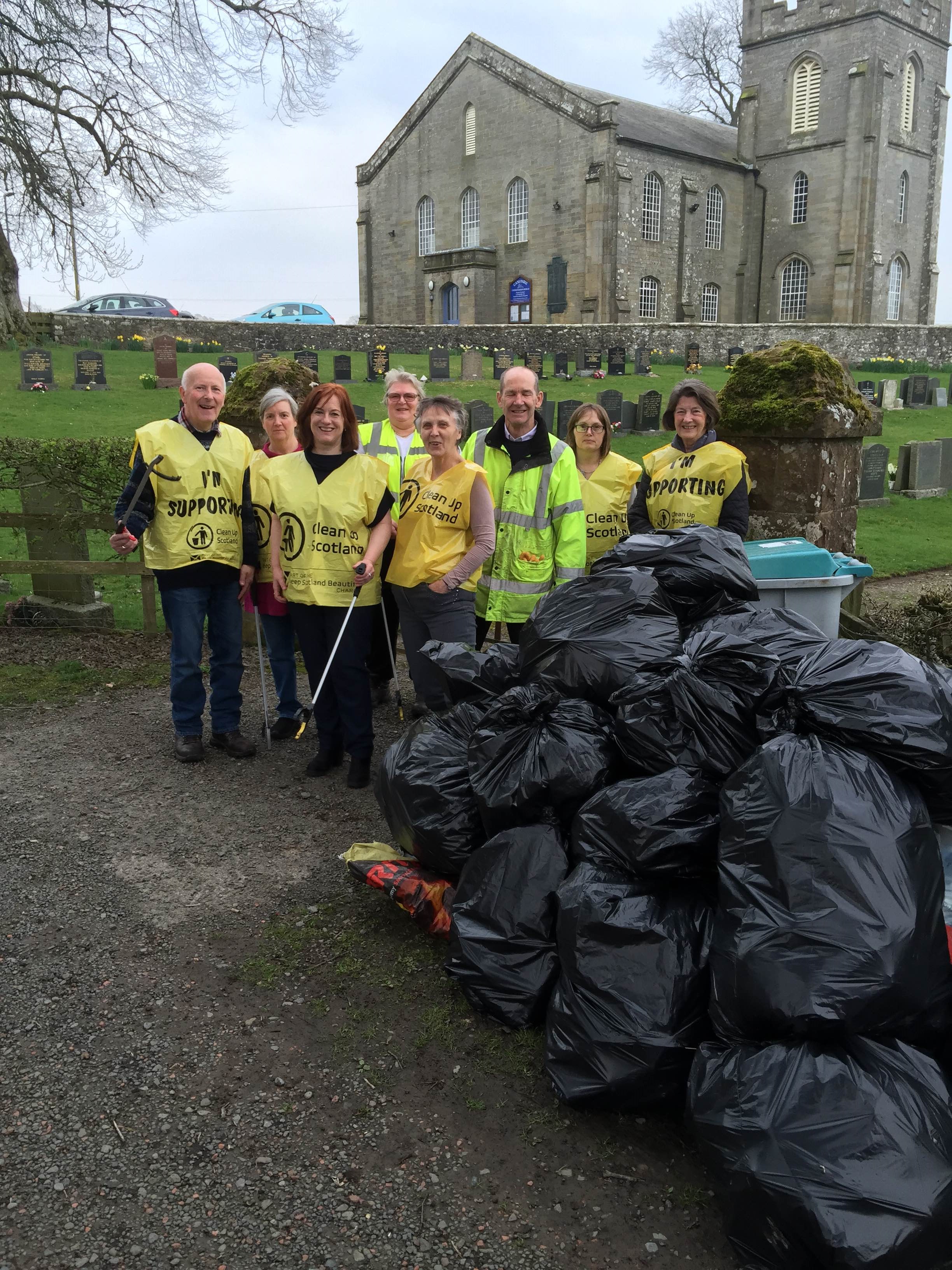 Joan McAlpine joined villagers in Canonbie for a mass clean on Sunday.

The former MSP and Scottish National Party Candidate in the Scottish Parliament election gathered two large bin bags full of rubbish from hedgerows and verges of the old A7 road into the village.

Ms McAlpine praised the Canonbie and District Residents Association for the clean - up initiative which was backed by the Scottish Government Keep Scotland Beautiful agency who supplied hi-vis vests.

But she condemned motorists who threw rubbish from their cars on the approach to the village and while passing through.

"In the course of an hour I filled two large bin bags with discarded beer and soft drinks cans, fast food containers, broken bottles and random rubbish like a roll of old carpet.

"It was horrible. But what was really disgusting is that anyone would throw rubbish out of a car into a lay by or onto the hedgerow in the first place."

The clean up team gathered a mountain of garbage from all around the village.

Afterwards Ms McAlpine joined the other volunteers for a cup of tea at the Community Cafe in the vestry of Canonbie Church.