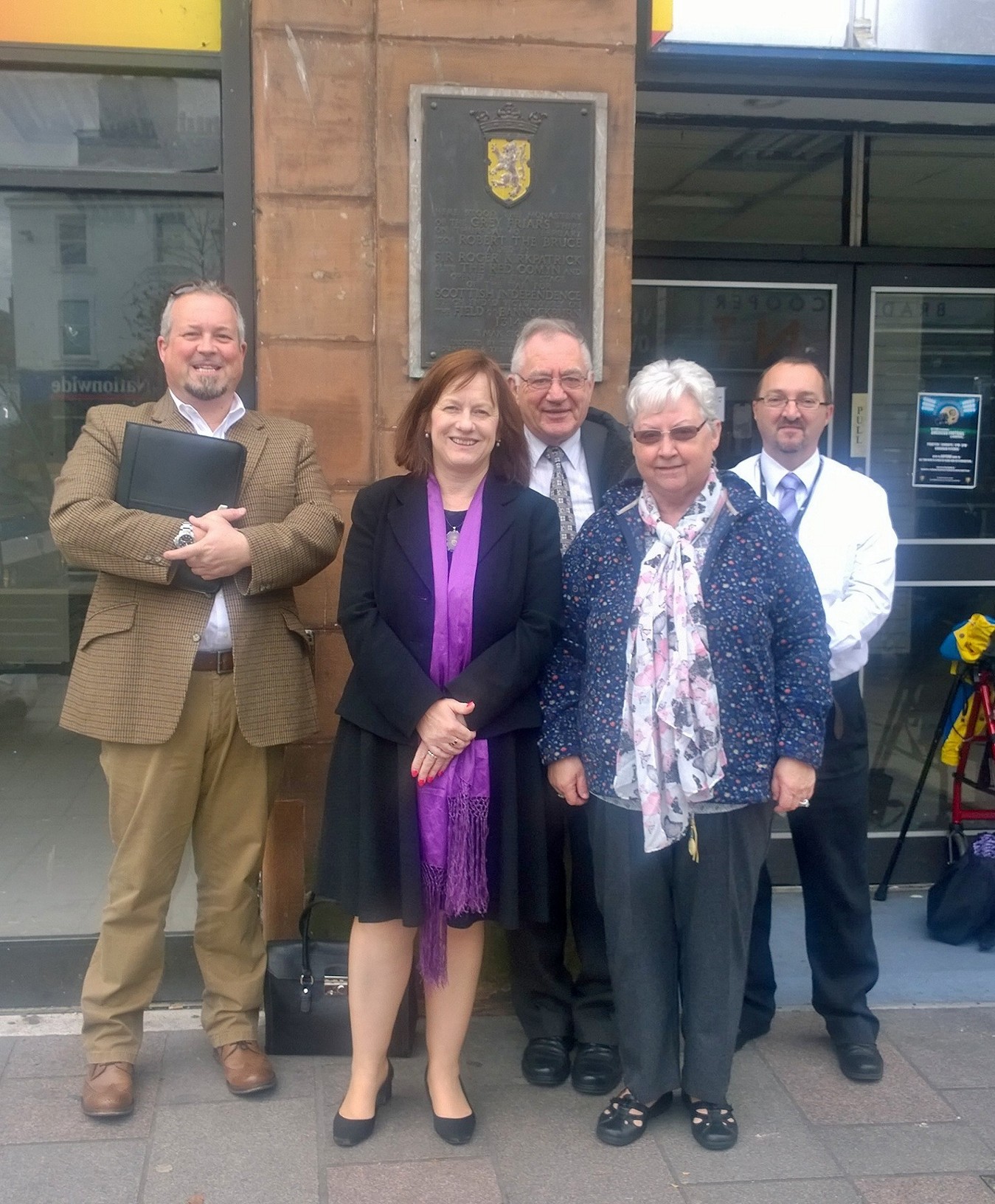 The new organisation tasked with protecting historic sites paid a visit to Dumfries on Friday to see one of the town’s most important landmarks.

Martin Ross, Projects Manager at Historic Environment Scotland was invited by Joan McAlpine MSP and the Bruce Trust to examine the site of the stabbing of the Red Comyn by Robert the Bruce, which kick-started the wars of independence.

The Bruce Trust has been campaigning for the site to be designated an historic monument.

Mr Ross promised that he would investigate with colleagues the archaeology and any statutory protection for the site on which the medieval Greyfriars Kirk sat.

“This is a real advance as the old organisation Historic Scotland were more focussed on buildings and wouldn’t schedule the landmark.

“Mr Ross really seemed to understand the importance of the site.

“Without the incident that took place here there would have been no King Robert the Bruce, and no wars of independence.”

During the meeting there was a discussion about a visitor centre, as well as the importance of Bruce, Burns and Barrie to the town, including a visit to Moat Brae.

“The site itself might not be suitable for such a centre but protecting it is the first step.

“There are lots of empty units in Dumfries town centre and the Bruce Trust has been looking into this.”

The Bruce Trust has also been working with Greggs to do some interpretive panels for the new shop, which sits above the site, after Joan McAlpine wrote to them detailing that the infamous altar stone lies beneath the unit.