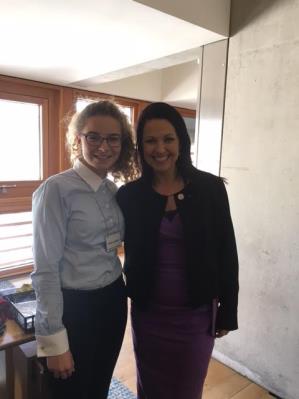 I knew work experience was going to be exciting once I had confirmed my place with Joan McAlpine. My interest in politics and keen work ethic were driving factors of my placement choice, and I am really glad I choose Joan and her office to shadow.

My first day was a flurry of nervousness and enthusiasm. It was odd seeing all of the MSPs going about their business and chatting in the canteen. It was like a directioner meeting Harry styles or a Swifty meeting Taylor herself (Yet I was meeting Gail Ross, Fiona Hyslop and Bill Kidd) MSP bingo was a fun sort of thing, whispering the MSPs name in elation and trying to remain composed while I walked past them. 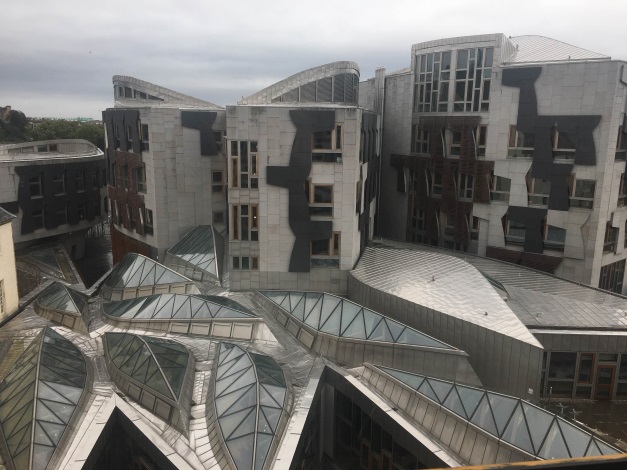 I got my own desk at the front of the office, which enabled me to people watch and carry on with MSP bingo. I also had a really good view of the parliament which is absolutely beautiful and definitely worth all the money and effort put into it. I had a great time in the office with my supervisors Joe and Lucy. They were extremely kind and helpful during my placement, Joan has great staff!

I attended my first committee meeting. The European and external relations committee grilling BBC executives was a rather eye opening experience, as well as surprising. I wrote a report, summary of notes and speech on the new BBC charter which helped me understand and retain the information. 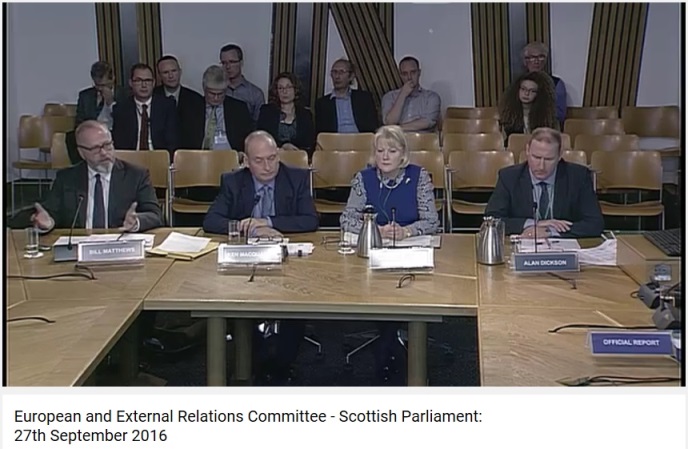 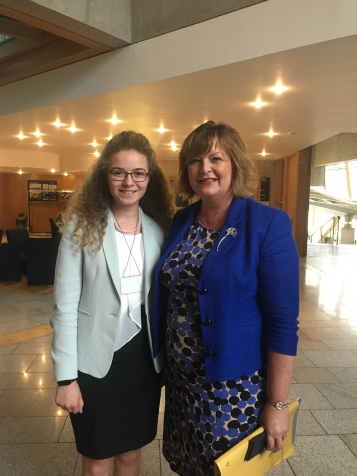 I attended a Gaelic awareness course, which was very informative to someone who doesn’t know an awful lot about Gaelic (TIP – Its g-a-lick lick garlic, not g-ay-lick like play) I also attended a data protection course which was very useful. I feel like I would be confident in making sure that data is kept confidential and I can abide by the principles.

While I was in parliament I spoke to Fiona Hyslop. She was very nice and encouraging of my political involvement. She is always a very interesting one to listen to in the chamber and has very valuable contributions. She insisted that I watched the final hour of the health debate yet I had to write a speech so I politely declined.

Over my time in parliament I have written two motions on local community developments in Dumfries, a press release, a report, a speech and updated Joan’s website with her column. I have never done any of these before but with a bit of practice and reading through guidance, I managed to get them done.

I also attended a rally. The WASPI women were outside of parliament singing and chanting. I heard speeches from Jean Freeman, Angela Constance, Willie Rennie, Alison Johnson, Ash Denham and Jackie Bailie. 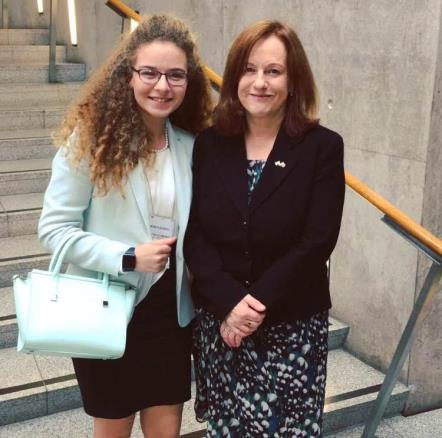 I would like to thank Joan for my work experience this week. She is an insanely hard worker and carries out all of her work out eloquently and with drive. It has been incredible and I have REALLY enjoyed myself. I’m glad it has definitely pushed me closer to politics than further away. It also has opened my eyes to the amount of work each MSP does. They all put a great deal of effort and time into their work and from what I have seen, they care a lot. Their constituency staff and parliamentary staff also play a huge part in keeping the parliament functioning.

It has been a great week in parliament and I hope I am back soon.