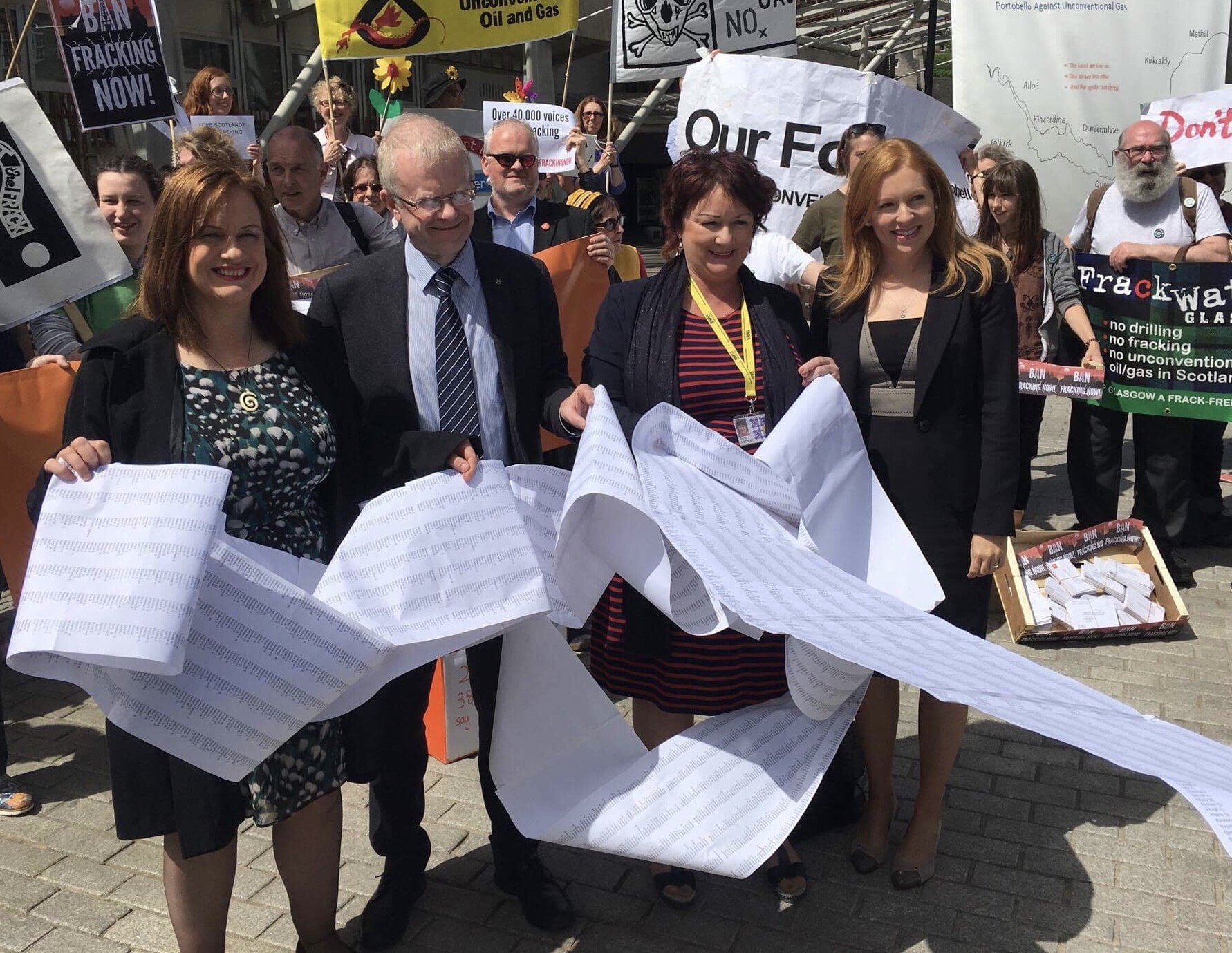 South Scotland SNP MSP Joan McAlpine has said fracking must be “unequivocally rejected” in her response to the Scottish Government’s consultation on unconventional oil and gas development.

In her submission the MSP said “the safety of the technology is at best unproven and potentially very dangerous to public health”.

“I have been contacted by many of my constituents who are greatly concerned about fracking.

“As I said in my submission, I do not believe any potential short term economic benefits would outweigh the serious social, community, environmental and health impacts of fracking in Scotland.

“I pointed to research by Professor Andrew Watterson and his team at the Centre for Public Health at Stirling University - which has shown that fracking is not subject to sufficiently robust regulation or good industry practice.

“This is particularly worrying when you consider the impact Brexit is likely to have in terms of rolling back important environmental and public health regulation.”

Yesterday (Wednesday) the MSP joined anti-fracking protestors outside the Scottish Parliament in Edinburgh.

Ms McAlpine has previously campaigned on behalf of constituents concerned about coal bed methane extraction in Canonbie, Dumfries and Galloway.

“It is my view that, much like Underground Coal Gasification, which the SNP Scottish Government has chosen not to support after a thorough assessment of scientific evidence, that all forms of Unconventional Oil and Gas extraction have no place in Scotland’s energy mix and must therefore be unequivocally rejected.”

The Scottish Government introduced a moratorium on unconventional oil and gas development in 2015, preventing hydraulic fracturing for shale oil and gas and coal bed methane extraction taking place while the evidence on potential impacts was investigated.

““I was delighted when the Scottish Government introduced a moratorium. This has given the government time to gather and consider evidence, encourage dialogue, and give the public an opportunity to submit their views in a full consultation.

“Once all the research is completed, and a full consultation is carried out, we will have a far more wide-ranging block of evidence to defend any challenge to a ban in court. The government will also be able to show, through the public consultation, that the people of Scotland are behind them.”