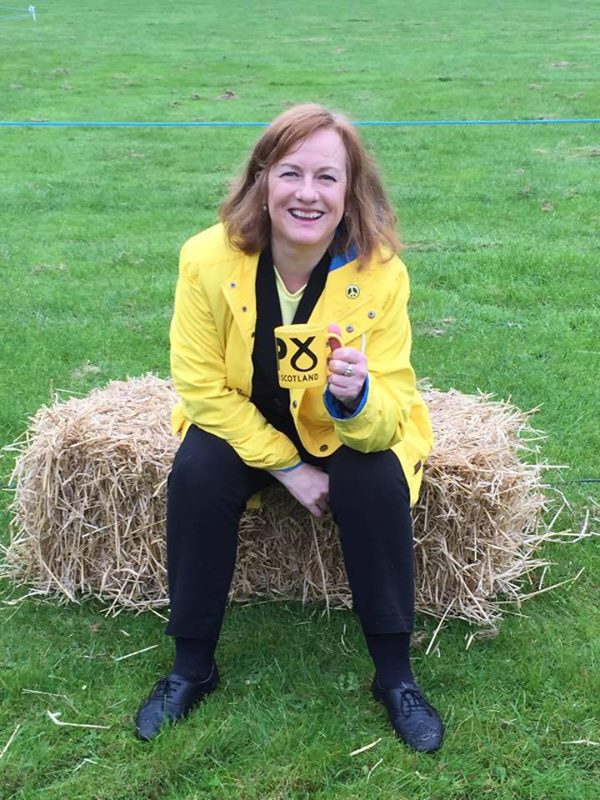 Local farmers at the Langholm Show on Saturday were horrified at the comments of Jeremy Corbyn's environment and farming spokesperson Kerry McCarthy, who said the public shouldn't eat meat.

After speaking to local farmers at Castleholm, Joan McAlpine, the SNP MSP for South Scotland, has called on Scottish Labour to distance itself from comments by their Westminster spokeswoman Kerry McCarthy that meat eaters should be targeted with campaigns to encourage them to become vegetarian.

In an interview with vegan magazine Vive!life, McCarthy stated: "I really believe that meat should be treated in exactly the same way as tobacco, with public campaigns to stop people eating it.”

Ms McAlpine, who supported the Langholm Show with an SNP Stall on Saturday, said several local sheep and beef famers shared their fears with her on Saturday - along with a wide variety of local people whose jobs need farming to thrive.

She said: "Farmers, and many local people whose jobs depend on a successful agricultural sector, are horrified by Labour's attack on meat, which dominates Scottish agriculture - local farmers have enough to worry about this year with the bad weather and the collapse in prices.

She challenged local Labour politicians to condemn the comments

"Do South Scotland Labour MSPs like Elaine Murray, Claudia Beamish and Graeme Pearson agree with Ms McCarthy that meat should be rejected by shoppers? I note that her interview was given to a magazine for vegans, who don't even agree with drinking milk or eating cheese - a vote for Labour would be a disaster for our beleaguered dairy industry."

Ms McAlpine continued: "The SNP stand behind Scotland's livestock farmers who make up 60% of our agricultural output. They generate £1.7bn for our economy each year and in Scotland over 28,000 people work on holdings with beef cattle.

“In addition, the sector supports food manufacturing, with turnover from meat industries valued at around £1.2bn per annum and supporting around 6,000 jobs in the Scottish economy. Meat exports from Scotland were worth around £63m to the Scottish economy in 2014.

“Given that around 85% of agricultural land is naturally constrained, livestock production is the only viable agricultural use in many parts of Scotland, supporting thousands of jobs in remote rural areas.

Ms McAlpine has supported the dairy industry with calls for the supermarkets to give dairy farmers a better deal. She recently lead a debate in the Holyrood Parliament encouraging the consumption of Scottish produced food. She has also worked with dairy farmers and the Barony college to improve opportunities in the industry.