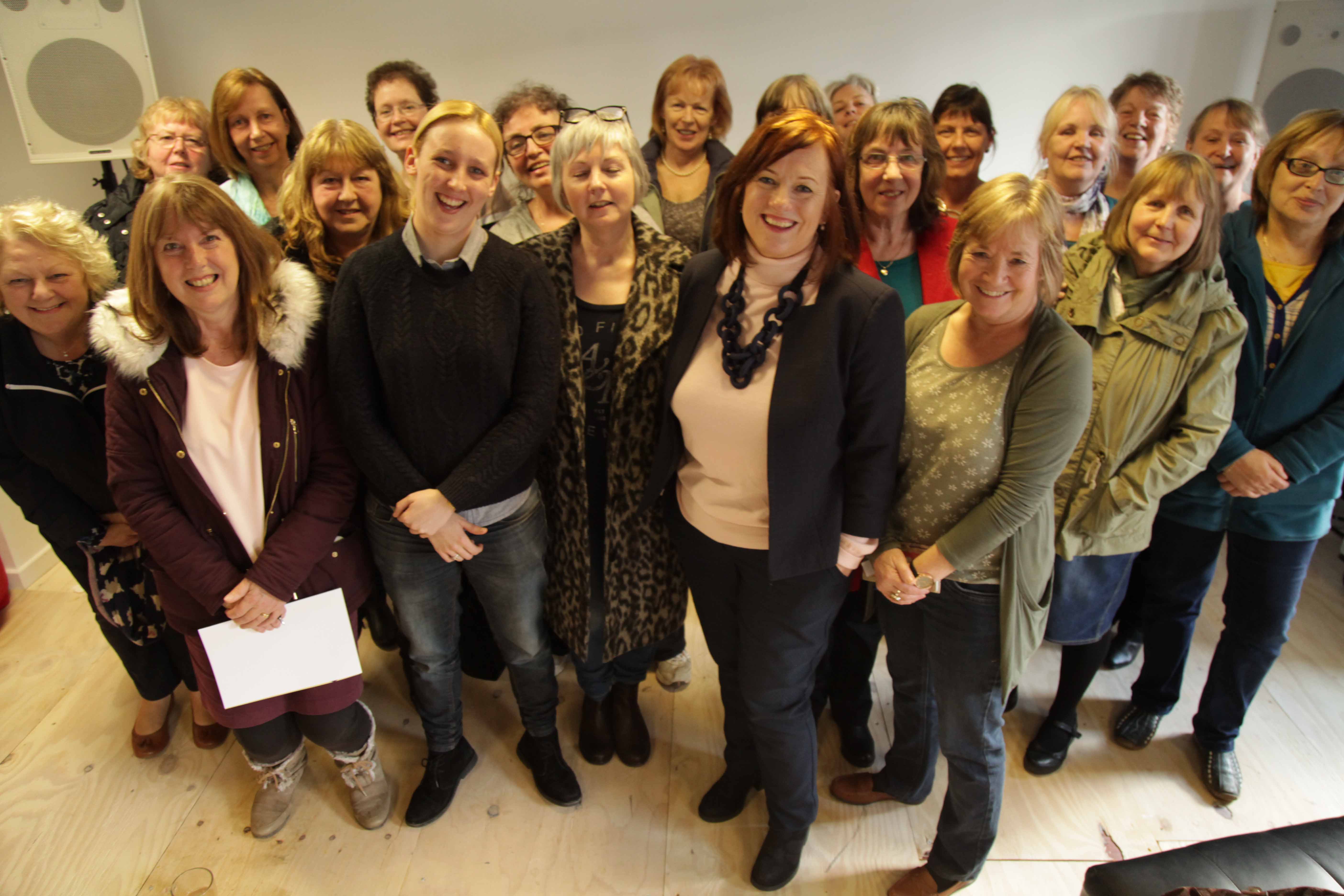 Joan McAlpine has welcomed the formation of a Dumfries and Galloway group campaigning against the way state pension changes affect women born in the 1950s. The group will hold their first open meeting for all women affected by the changes on Tuesday 19th April.

Dumfries and Galloway WASPI (Women Against State Pension Inequality) Supporters was formed after local women met Ms McAlpine, SNP candidate for Dumfriesshire in the Scottish Parliament Election and Mhairi Black, the UK's youngest MP who has lead campaigning on the issue.

However the WASPI group is not party political.

After hearing Ms Black advise them to "Educate, Agitate & Organise" at a meeting in The Stove on Dumfries High Street, the women exchanged email addresses and agreed to form their own Facebook group which has now gone live. The first meeting of the group will take place on Tuesday 19th April at 6.30pm at the Robert the Bruce in Dumfries.

Ms Black, 21, who sits on the House of Commons Work and Pensions Select Committee said political pressure could force the UK government to rethink the plan which has seen women who expected to retire at 60 being forced to work beyond that age, often right up to 67.

She cited the Government climbdown on planned cuts to tax credits last year as an example of campaigning forcing U-turns. And she revealed that she first became involved in the issue when she found out her own mum was affected.

Ms McAlpine said: "It is great that a local WASPI group has formed and that they will be able to work with other WASPI groups across Scotland and the UK. Many women don't know they are affected - this was never properly communicated even though the changes were made by the Labour Government way back in 1995.

"I’m delighted that the group have now organised their first meeting and I would encourage as many women as possible to attend. The facebook group is called Dumfries and Galloway WASPI Supporters and can be joined by any woman who thinks she might be affected.

"One thing that really struck me from the meeting was the fact that many of these women chose to pay enhanced National Insurance contributions, what was known as "The Big Stamp". They did so believing they were entering into a contract, and that their contributions were being held in a pot and they would get them at 60 - as agreed.

It now turns out that there is no pot as such - it was spent by the UK government and many of the women feel that is in breach of contract. It is also deeply unfair that many of these ladies left school at 15, so were already working a year more than other people. And they were often working for lower rates than men before the Equal Pay Act. They are being doubly discriminated against."

A new House of Commons Committee Enquiry is going to look at whether better transitional arrangements can be put in place. It closed for evidence on Sunday.

The women have also been in touch with Richard Arkless, SNP MP for Dumfries and Galloway who is very supportive of their cause.