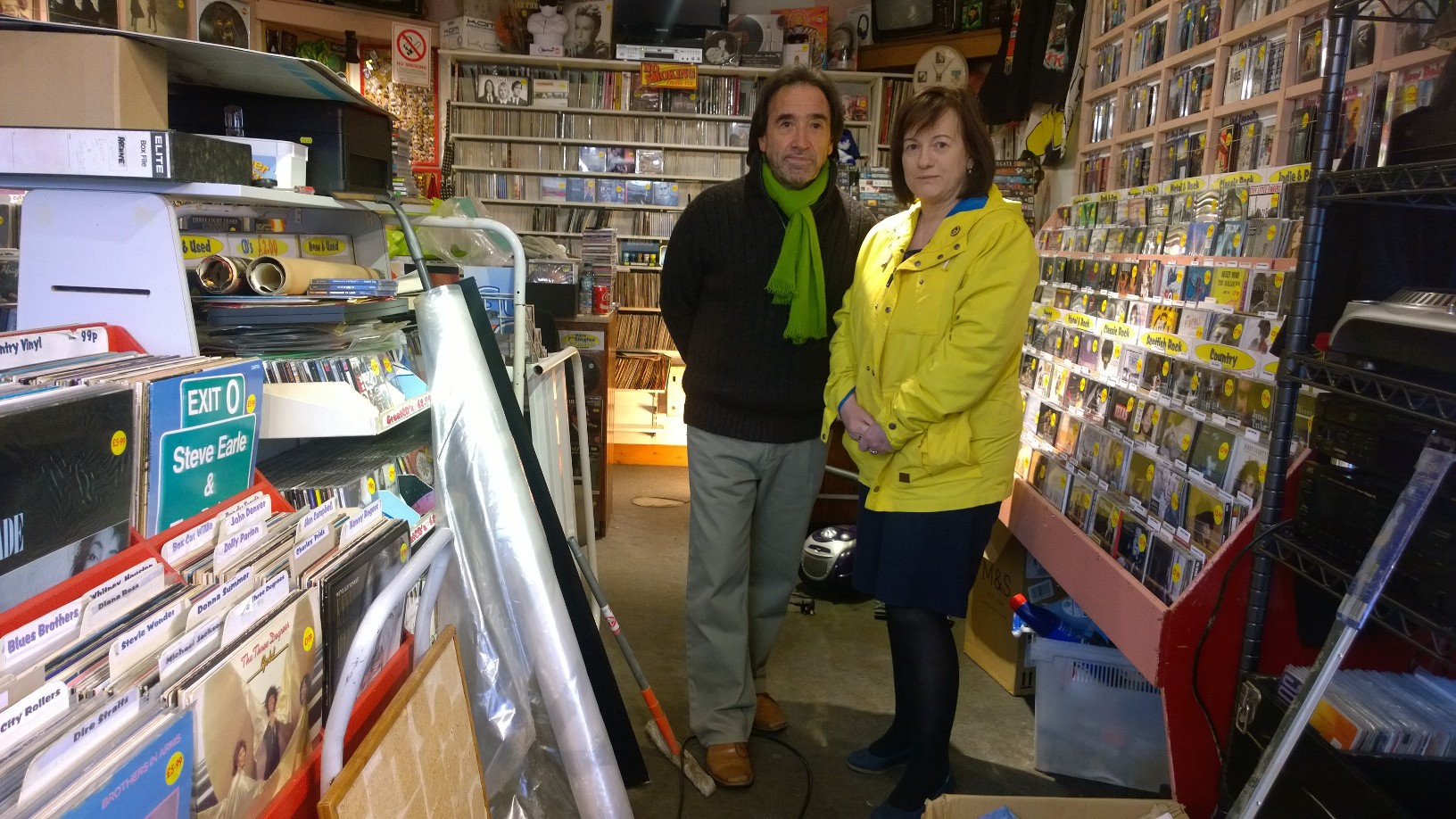 An MSP has branded Dumfries and Galloway Labour council an incompetent disgrace for wrongly claiming it had no money to help flood victims – while sitting on a pot of cash from the Scottish Government it has failed to spend.

The Scottish government allocated £700,000 to Dumfries and Galloway to deal with flooding in December and at the weekend the First Minister announced a further £1m million to the region – all of which include cash payments to individuals, community groups and businesses.

When Joan McAlpine MSP last week challenged the council to start distributing the money to flooded constituents, the leading Labour councillor Colin Smyth claimed the council had no money to spend and the funds from government would not arrive until March.

However in a deeply embarrassing development, a council committee paper has revealed the council had failed to spend another £2.3m of Scottish Government grants this year – money which is now going spare. The money was revealed in a report by officers to the Policy and Resources committee over the weekend. The money was provided by the Scottish Government for various projects in early years, education and to help with council tax, but is now earmarked for the council’s Change Fund to support future savings measures.

Ms McAlpine described the council leaders as an “incompetent disgrace” and repeated her demand that they “get their finger out” and start helping flood victims now.

“I have constituents, some elderly and disabled, who are out of their homes and businesses who cannot trade or have major repairs. The council is refusing to tell them about the £1500 grant that they were asked to make available to individuals, community groups and businesses in December. They need to get their finger out and start helping people. They are an incompetent disgrace.”

“This flood money is allocated in the normal way for councils – in their annual budget settlement. That means can spend from their substantial reserves – which are for dealing with emergencies – in the knowledge they have a cast iron guarantee of recompense from the Scottish Government within weeks. When Colin Smyth claimed the funds were not available till March he was cynically trying to make political capital out of people’s misery. Now it appears that while he was claiming there was no cash to help flooding victims, the council had an additional £2.3 million in revenue they somehow forgot to spend. It’s absolutely appalling.”

Ms McAlpine helped businesses clean up Whitesands on Ne’erday and returned on Friday to meet Rab Smith of the Traders Association., whose record shop Domino was flooded out. Mr Smith told her he had asked council officials for details of the Scottish Government but they said they knew nothing about it. Other businesses and individuals have had a similar experience – with many businesses unable to even get a reply from the helpline. There is no obvious helpline detailed on the council website for individuals affected.

Ms McAlpine said the council’s website should tell local people about the scheme offering grants of £1500 each along with the £3000 for businesses who cannot trade announced by the First Minister on Saturday. There is also money to help farmers. Dumfries and Galloway’s share now amounts to £1.7m.

At the moment the council is directing flooding victims towards the existing Scottish Welfare Fund which is funded from a separate pot of Scottish Government money. Businesses and community groups along with many flooded individuals will not be eligible for the welfare fund which is means tested.

“Locals who have suffered from the flooding need this money now. The council should publicise it and make it easy to claim – instead leading Labour councillors are being deliberately misleading about flooding money and not mentioning the extra funds available let alone how to claim them. The danger is that this money will not go to individuals who need it and will be kept by the council. Some cases of hardship, particularly for very low income individuals with no insurance, will be appropriate for the Scottish Welfare fund. But many will not. It is a disgrace that vulnerable people are being told this is the only option when the government has given them the go-ahead to distribute flat cash grants to all those badly affected.

“I suspect this is all about politics – the Labour councillors who run Dumfries and Galloway don’t want to give any credit to the Scottish Government and they want to keep the extra money for their own pet projects. As we have seen with regards to the debate over the Dumfries Whitesands, many of these pet projects have failed to win local support.”