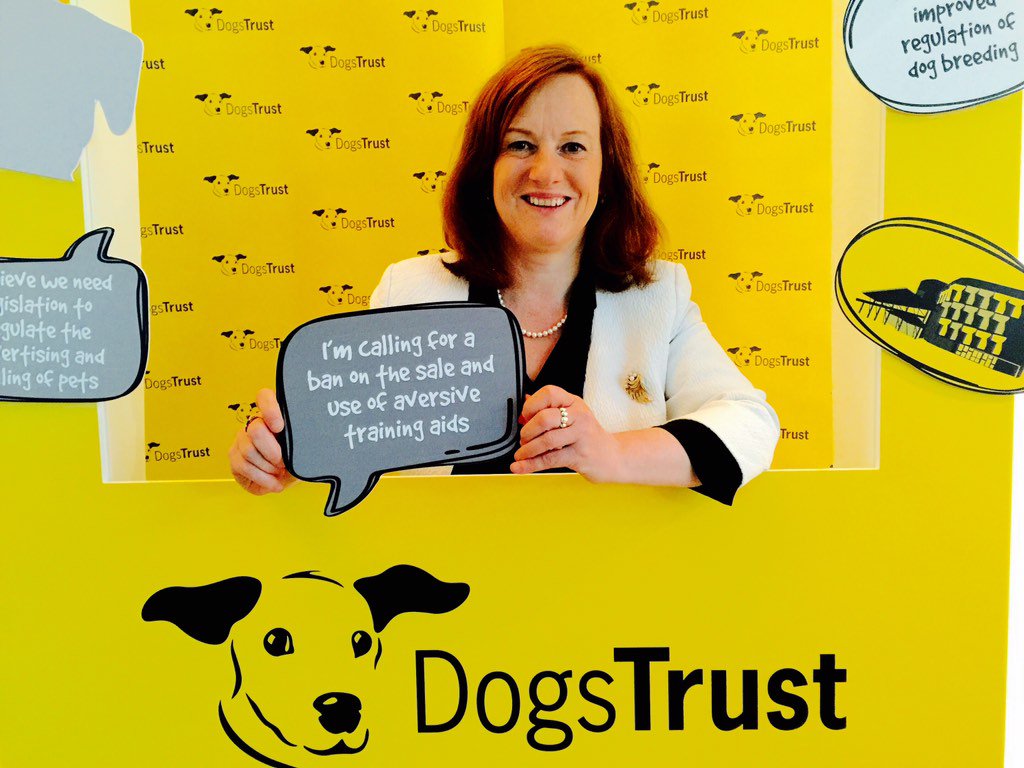 The Dogs Trust are calling for a full ban on the sale of electronic training devices which use pain or fear to train a dog.  These devices include electric shock collars which are worn around a dog’s neck and deliver electric shocks to “correct” undesirable behaviour.

“I was delighted to meet with representatives from the Dogs Trust and learn about their campaign against these cruel training devices.

“The Scottish Government has already launched a consultation their use.  An initial report indicated that most Scots want to see some kind of ban on electronic training aids imposed.

“As a dog owner, I know the value of a positive, preventative approach to dog training - and this is exactly what the charity promotes.”

Ministers in Scotland are considering a similar approach to Wales where the use of electronic collars has been banned since 2010.  This followed a review by the Welsh Government which found that the cost to animal welfare would likely exceed benefits from use of electronic collars.  The use of these devices can be met with a fine of up to £20,000 or six months in prison.