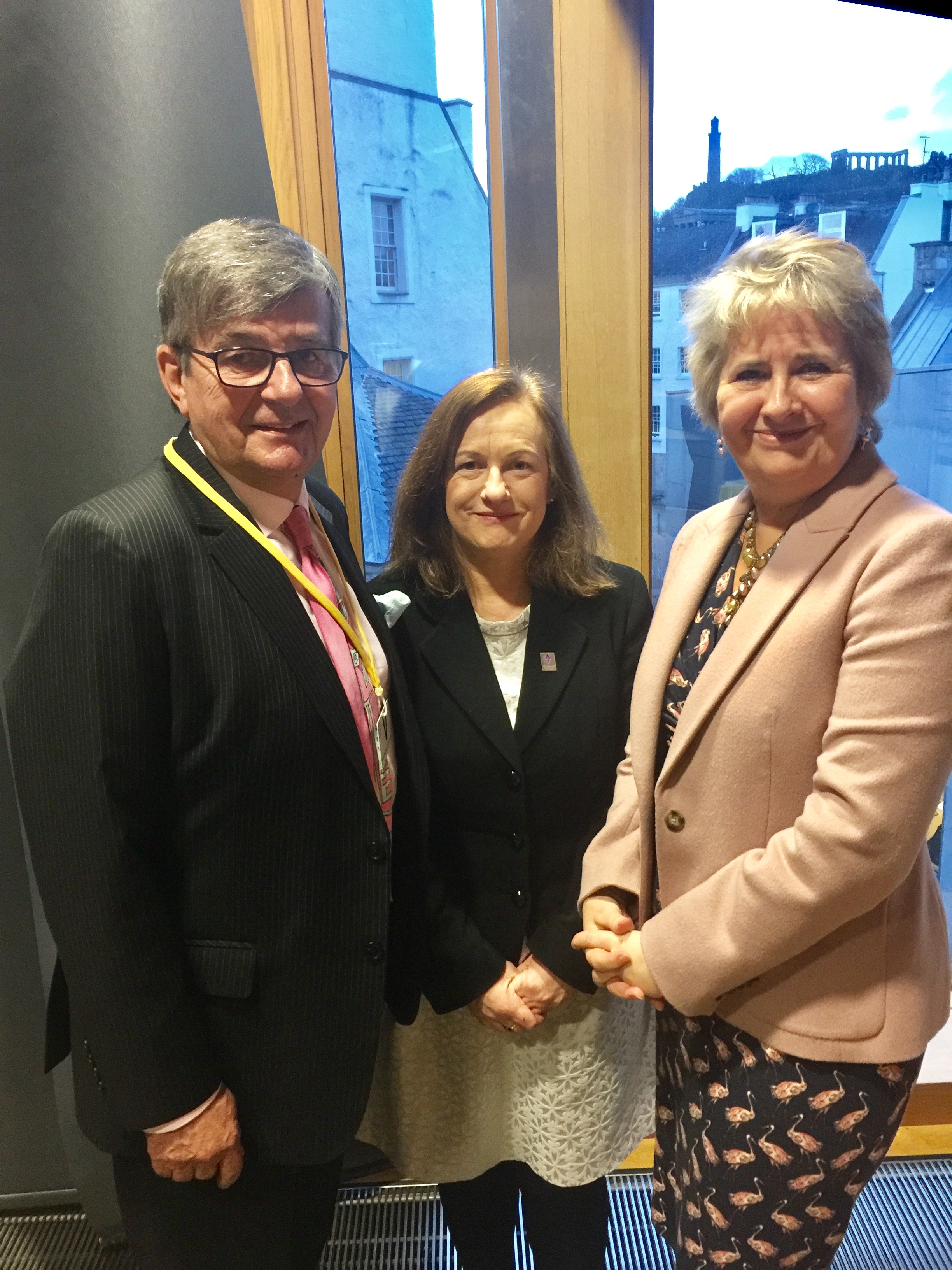 An MSP has been praised by local plastics recycling firm BPI after her intervention forced a re-think on environmental policy - securing jobs in the region against competition from Ireland.

The SNP’s Joan McAlpine was approached for help by Mike Baxter, Director of External Affairs at BPI Dumfries, who was pressing SEPA to strengthen the enforcement of regulations banning farmers from burning plastics.

Mike said: “I have been trying since 2012 to persuade SEPA to ensure Scottish farmers ‘do the right thing’ and recycle their waste. It is only since Joan’s intervention last year that we are at last making progress.”

It has been illegal for Scottish farmers to burn waste plastics since 2013 - but some farmers continued to use an out of date derogation - meaning the plant has been dependent on Ireland for its supplies.

Ms McAlpine secured a meeting with Environment Secretary Roseanna Cunningham, who made clear that the Scottish Government would ensure regulations would be more strictly enforced.

The Scottish Government will also set up a working group between farmers and recyclers, with BPI invited to take a place.

"Farming is an important industry but there are also a lot of jobs to be had in the recycling industry - ideally everybody benefits if the two work together.

"If there is a plentiful supply of waste plastics in Scotland then the Dumfries plant will be more likely to get more investment from the parent company.

“There was also a danger that the plentiful supply in Ireland could result in more recycling being done there and a threat to jobs in Dumfries which cannot be allowed to happen - tougher enforcement of these regulations will help to ensure this is the case.

"I am pleased that the Cabinet Secretary has taken these concerns on board and acted promptly, and that BPI get to take up a place on the working group."

“BPI Recycled Products factory in Dumfries is one of the most advanced farm plastics recycling facilities in Europe and the only one in Scotland. However, without a regular supply of incoming materials, the future of our Dumfries factory could be in doubt.

“I am pleased that Joan’s intervention last year has led to this progress.”