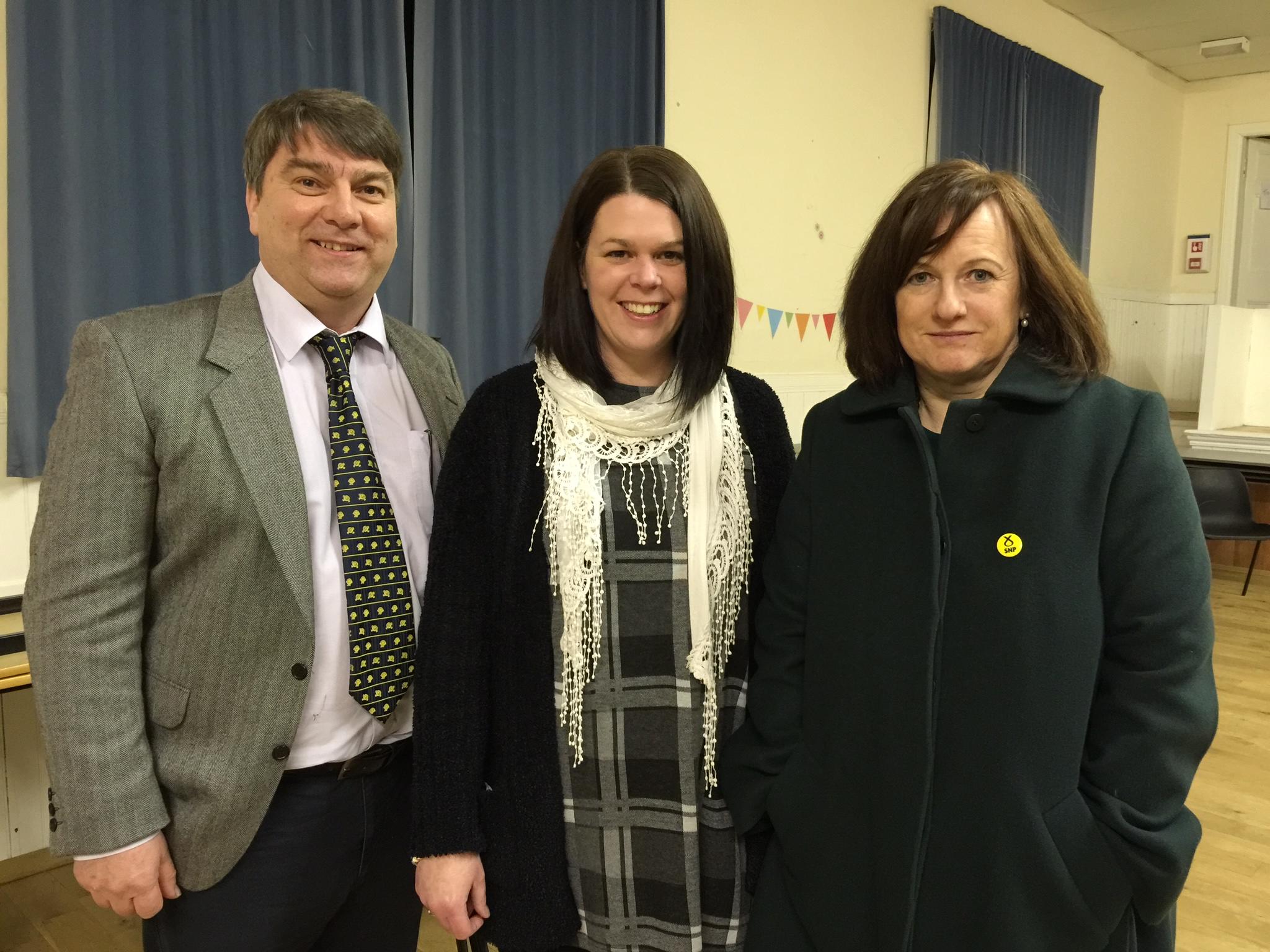 Around 70 people packed out Locharbriggs Village Hall last Thursday to express concerns about the future of the Barony College campus at an open meeting organised by members of the ‘Save The Barony Campus’ Facebook page.

Local South Scotland MSP Joan McAlpine spoke about the work she has done to scrutinise the SRUC’s plans for the campus, including raising the issue in parliament and, more recently, arranging for the Principal of Barony College to meet with the Cabinet Secretary.

Following are the meeting, which was attended by current and former members of staff, students and employers, Ms McAlpine congratulated organisers Brian McMorran and Denise Carrick.

“The attendance of key stakeholders showed the level of interest. I note that the Barony dean has said it is open for business which I welcome - the campaign has put SRUC under the spotlight - and. One previous criticism was that the Barony should be better promoted.

“I suggested to campaigners at the meeting that an approach be made to the Scottish Funding Council to express concern about a lack of detail in the SRUC proposal and to let them know how strongly many stakeholders feel about this.

"I also know that the Rural Affairs Committee in the Scottish Parliament are closely scrutinising the governance at Barony, and I suggested that the views expressed at the meeting be drawn to the attention of the committee as soon as possible.

"It was significant that CONFOR, who represent UK forestry industry employers, came to the meeting to talk about the opportunities for jobs in their booming sector - and the importance of The Barony in training people for those jobs. Their concerns absolutely must be addressed.

“When members of staff first raised their concerns with me last year many were feeling quite intimidated and demoralised. Clearly confidence has grown and people are speaking out. The campaign has to be led by the people with direct practical knowledge of the issues surrounding the delivery of land based education and by representatives from the industries with an interest in that vocational education.

"I have already asked SRUC to show us their case for moving to Crichton - with full details of comparative costings, and how educational provision would be affected. There is a strong case to be made for "The Barony experience". That is a practical, campus based education in a rural setting. Many people at the meeting argued that the best way to teach about the land was on the land itself. That is a very persuasive argument."